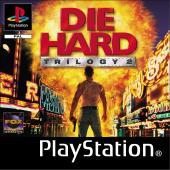 Due to COVID-19, we're unable to accept new orders at this time. Learn more...
Blast into non-stop action as feature film and game hero John McClane, who once again finds the chips stacked against him as he faces a new legion of hi-tech terrorists in a race against time. Yippie-ki-yay!

The bright lights and vast landscape of Las Vegas provide the backdrop for an all-new story line that incorporates the three white-knuckle game styles of the original best-selling Die Hard Trilogy. Try to beat the odds as you match wits with the meanest, smartest villains in the most explosive adventure John McClane has ever faced.