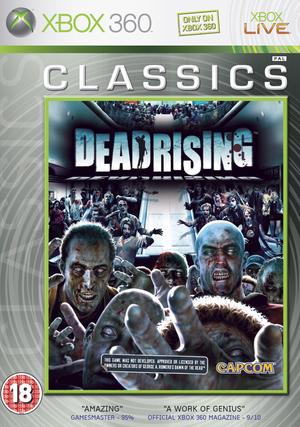 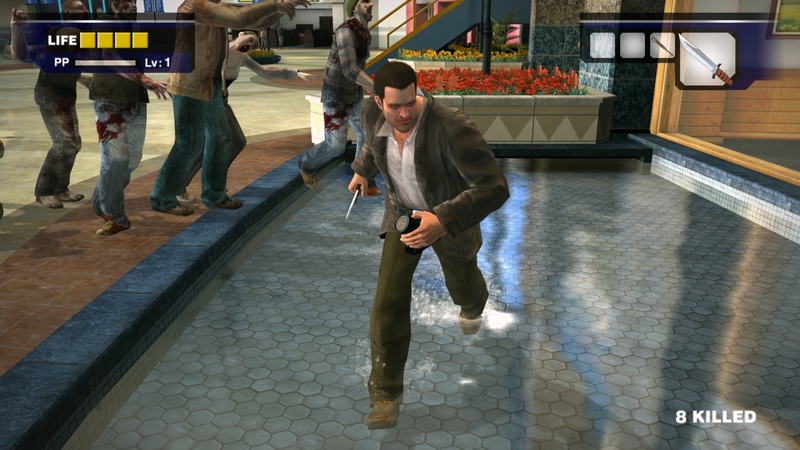 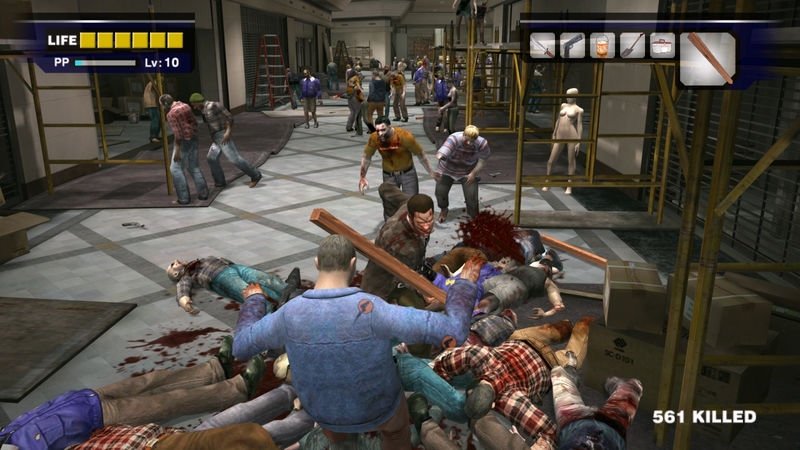 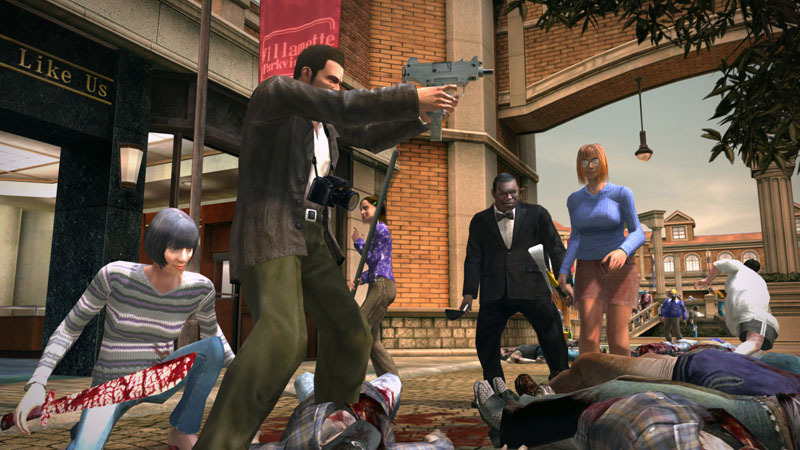 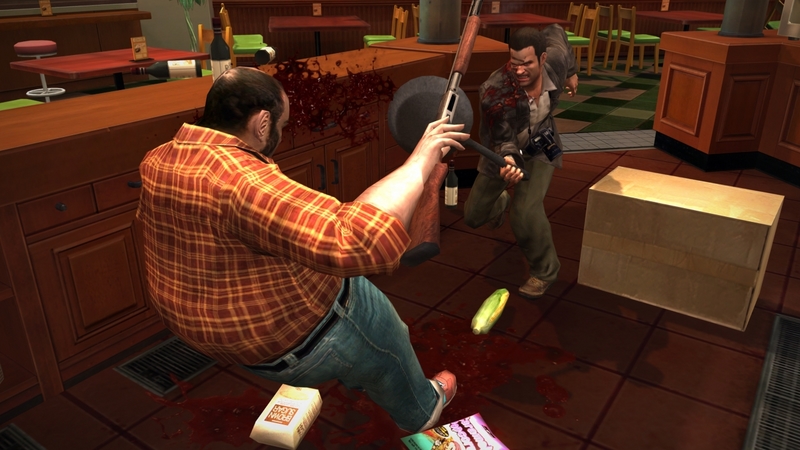 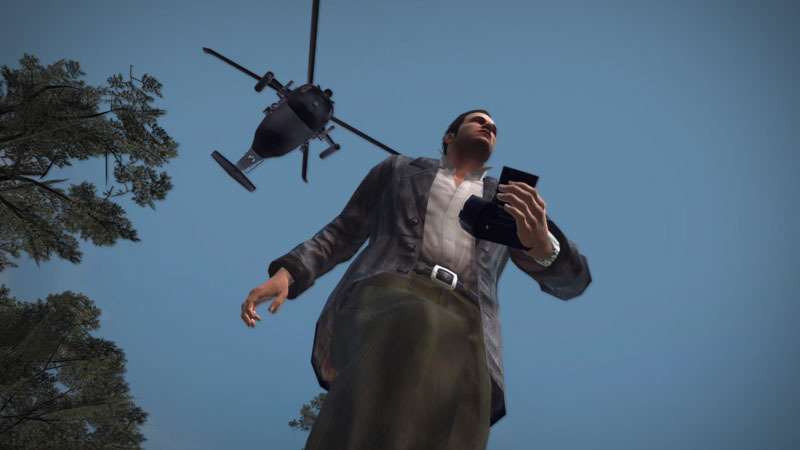 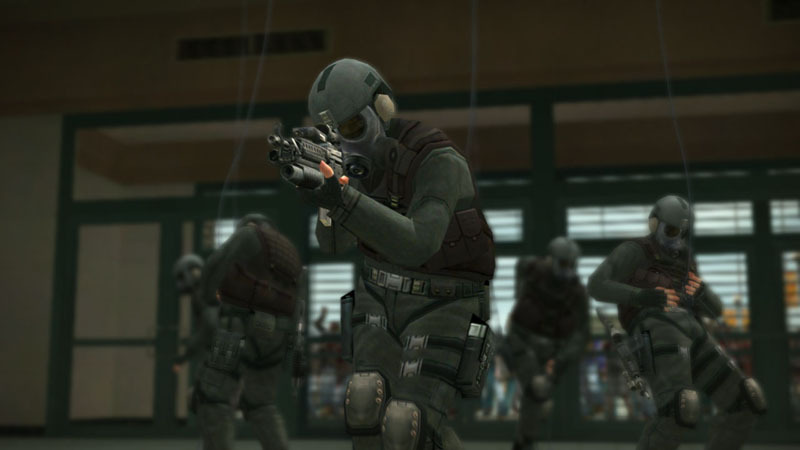 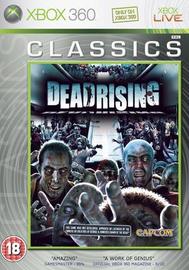 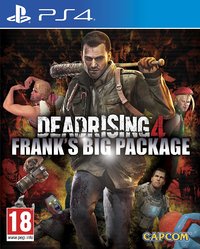 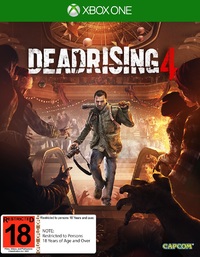 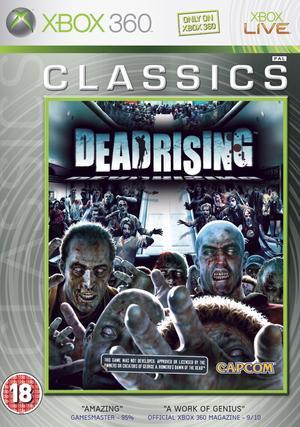 Dead Rising has finally given all Zombie fans their dream.

To play a game, of endless zombies, overpowering a few survivors in a shopping mall.

Ever seen Dawn of the Dead? This is it, with an RPG side to it. One thing wrong with it is the tiny tiny text, but hey, the gameplay is just AMAZING. Who cares if you cant see Survivor David ranting on about needing more food, or being scared that he cant escape the mall. Its just dialouge. We all just wanna blow apart zombies.

Everyone else complains about the save system. How missions drag on and on with no saves. Well to fix this problem, you need to goto a save point.

A factor of Dead Rising is time, time to save people, to defeat zombie hordes and get the heck out of a zombie infested shopping mall.

The save point is located at the beginning, in the staff room. And only there for a start. But people rely on auto-saves, and do mission after missxion, survor rescue after survivor rescue, boss after boss without letting their character take a break.

So to fix the ‘save issue’… just save.

With 72 hours to escape a shopping mall, this game will give you eternal fun..... yes, eternal.

Love this game. It combines a good amount of skill and strategy, with humour, ridiculous violence and a good story line. although it can be very hard, and can get extremely frustrating, it is extremely satisfying when you finally complete your objective. there is nothing wrong with the save system, it adds elements of survival to the game.

With Dead Rising, I purchased it, along with many other games due to good reviews and friends talking me into it. And, alike many of those games, It disappointed.

The game starts with the protagonist willingly entering a mall full of zombies. You sit there, bewildered as he spots, what is obviously a zombie and shouts the comical lines ‘What the hell is that?!’ In one word: He is an idiot. Much alike Metal Gear Solid, the main character is the kind who questions every little detail of a persons sentence. Sentence? Yes, sentence. Why? Because. Really? Yes. It is more or less important for a character to relate to the player, however I felt in this case, it was hard not to frown upon him. Frank West is his name. Being a totally un-educated sap is his game.

Not only did he willingly enter a mall full of zombies, but he goes out to investigate. 10 points for knowledge frank, enjoy your brain sandwiches. As pathetically moronic as he is, this makes for hours of amusing sandbox gameplay. Or… at least it would if there was an autosave feature! The game had one major save point, which, might I add, was MILES out of the way from where you would stumble across. You literally had to run for 3 – 4 minutes from the malls main foyer to get to the bloody thing!

This was what got me, and most likely alot of others. I would go on an EPIC ZOMBIE MASHING SPREE, and complete a few objectives while I was there… only to lose all my progress to a hungry zombie seeking his lunch. Sure, ok, throwing benches at zombies is great, but not when it runs the risk of you losing all of your progress!

Capcom didn't put much work into the character movement either, considering frank runs in a half limp – half sprint as if he had a traffic cone sticking out of his backside.

I guess I am being negative, positives… Well you can dress frank in far-too-small childrens clothing! Thats an up, isn't it? No? Well I am SURE you love throwing CD cases at zombies like they're shuriken hoping to god that they die, which they don't, as 10 CDs will barely get ONE zombie down, let alone 25. Ok, there are problems with this game, it even has text which is somewhat unreadable on an SDTV. However I can label some ups.

You can bash a zombies brains out with virtually anything ranging from a cash register, a lawn mower or even an electric guitar! The variety of weapons was great, and the graphics were nice, but the game was held down by some major problems.

This game gets a 3/5 star rating from me. It had promise, but needed alot of work. Maybe a sequel is in order? Just, please oh please, don't bugger it up capcom!

4 out of 6 people found this review helpful.
Dead Rising follows the harrowing tale of Frank West, an overly zealous freelance photojournalist on the hunt for the scoop of a lifetime. In pursuit of a juicy lead, he makes his way to a small suburban town only to find that it has become overrun by zombies. He escapes to the local shopping mall, thinking it will be a bastion of safety yet it turns out to be anything but. It will be a true struggle to survive the endless stream of enemies, but players will have full reign of a realistic shopping centre, utilizing anything they find to fight off the flesh-hungry mob and search for the truth behind the horrendous epidemic.

Dead Rising features an open level of freedom and offers a vast array of gameplay possibilities. As part of a real time system, time is dynamic in Dead Rising, marching on whether Frank is actively engaged or if simply stationary. Time also plays a role as zombies become more powerful when the sun goes down. Though they move slowly during the day, the zombies become stronger and faster at night, making it even more dangerous for players to survive. The unprecedented numbers of enemies come in never-ending waves and consist of a diverse population of former humans that have retained some memory of their previous lives, which is reflected in their behaviour and appearance. The variety of different stores in the mall offers players an endless supply of resources including vehicles, makeshift weapons and more. Players will also encounter other survivors along the way and by helping them can acquire valuable clues as to what has happened.