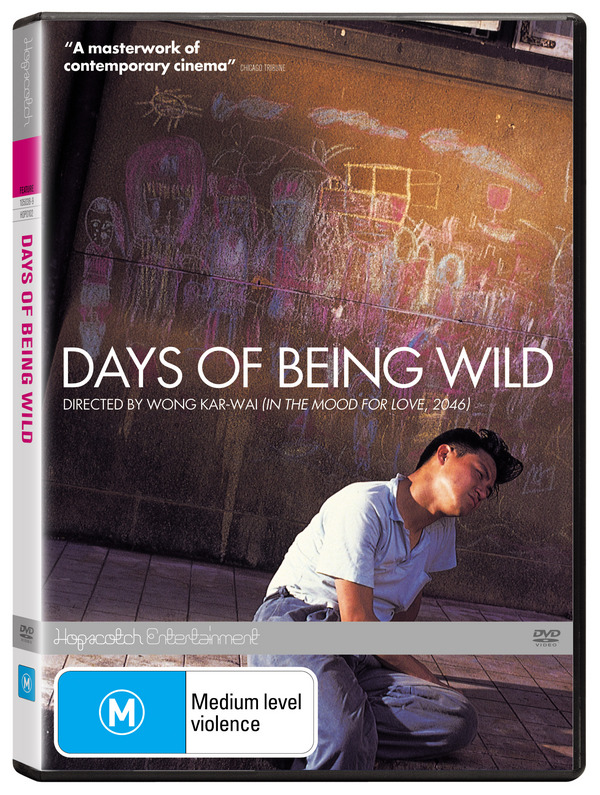 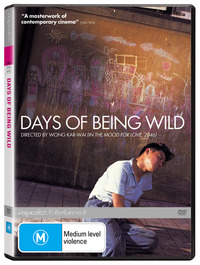 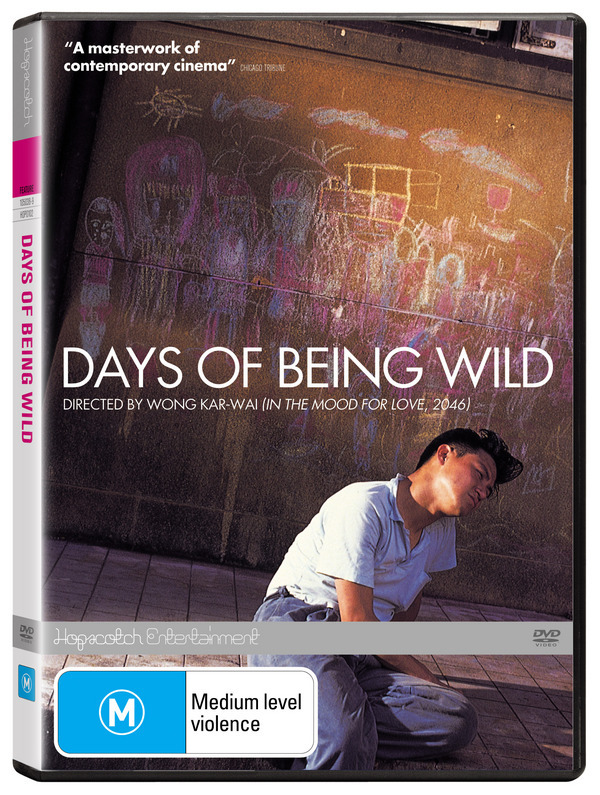 Show Hide Adult Content
Unavailable
Sorry, this product is not currently available to order
Hong Kong 1960. A sweltering hot summer. York, an amoral and disillusioned young man, is kept in luxury by his foster mother, a retired courtesan who gives him everything but the one thing he needs the identity ofhis natural mother.

A self-obsessed man desperately seeking his true identity, York toys carelessly with his lovers; a lonely submissive bargirl and a beautiful club hostess/dancer before leaving them all for the Philippines in search of the truth that he has been denied. The truth which may ultimately destroy him.

Starring Maggie Cheung (2046, Hero), Leslie Chung (Its A Wonderful Life), Carina Lau (2046).Days of Being Wild is the film that cemented Wong Kar-Wai's reputation as an influential, relevant and exciting new director. Arguably this is the key movie in Wong's body of work, and is also his first film shot by Chris Doyle. The voluptuous shadows, rich color schemes, and atmosphere of Doyle's cinematography would define Wong's elusive Hong Kong forever after. Days Of Being Wild swept the Hong Kong Film Awards, claiming prizes for Best Film, Best Director and Best Actor.