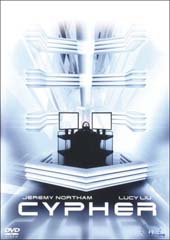 Morgan Sullivan (Jeremy Northam) is an out of work accountant who is stuck in an unhappy life in the suburbs, a miserable marriage, and dreams of one day sailing away to a life of freedom and excitement. Seeking an escape from his lackluster existence, and his overbearing wife, he decides to join the multinational corporation Digicorp to become a company spy. Adopting a new identity, he is sent to spy on various trade conventions where he secretly records the proceedings and transmits the information to Ed Finster (Nigel Bennet t) his ruthless, intimidating, corporate boss.

While carrying out his assignments Morgan encounters an elusive and beautiful woman, Rita (Lucy Liu), who reveals to him that his Digicorp activities have been a ruse to brainwash him and others like him. With some hesitation, Morgan accepts her offer of anti-brainwashing drugs and is ultimately forced to work for Frank Calloway (Timothy Webber) a seemingly friendly agent from a rival company, Sunways. Calloway's con­genial demeanor masks his ruthless motives. As a double agent, Morgan's survival lies deep in his mind and actions, but he having difficulties distinguishing reality from the visions that plague him. Morgan's world has become a quagmire where the lines are blurred, where charades and dreams become truths.