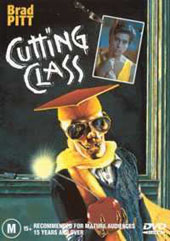 Due to COVID-19, we're unable to accept orders for non-essentials items at this time. Learn more...
Up until now Wurley High has had it’s usual array of high school types - the jocks, the nerds, the popular people and the not so popular people. What the teachers and students at Wurley High don't realise is that they have another type of student - the psychopathic killer!