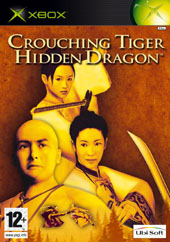 For those who don't know, Crouching Tiger Hidden Dragon is movie which took the world by storm with its beautiful story, amazing fight scenes and captivating characters. Now, four years later, a game has finally been released in its honour but does it live up to the epic hit it's potraying? Well, not quite.

First off, the graphics are just above average and aren't much to look at. The stages are not detailed and the characters are very basic.

With graphics aside, the story. Nothing much to say but if you've watched the film, then you basically know the story for the game.

One aspect of the game, which I consider to be the best, is the actual gameplay. Although it is very repetitive, what makes the gameplay come alive is “combo blocking!” It's very easy to get the hang of but the results are very cool! Combo blocking allows your character to dodge, flip and block their way out of harm. Plus, it's all very fluid.

Also, the music used in the game is all taken from the movie, so it's top notch. But, in the case of voice acting, let just say that it's horrible and the voices don't even sound like the actors in the movie.

With beautiful music, combo blocking and a captivating storyline, this game had potential but, with nothing special graphics, bad voice acting and a lot of repetition, Crouching Tiger Hidden Dragon only manages to serve up an average adventure.