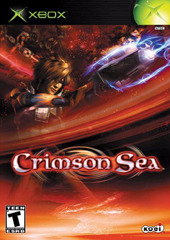 Due to COVID-19, we're unable to accept orders for non-essentials items at this time. Learn more...
Crimson Sea pits you against an unknown enemy that hides in the shadows. Vibration, sound, movement, everything hints at a presence that is slowly approaching. Where are they? Where will they appear? Experience the tenstion and thrill of the hunt. Then suddenly they are all there, all around you. Thousands, tens of thousands of alien creatures fill the screen. Fear tightens its grip and you fire off burst after burst. And gradually the fear changes to the excitement of prevailing against overwhelming odds.