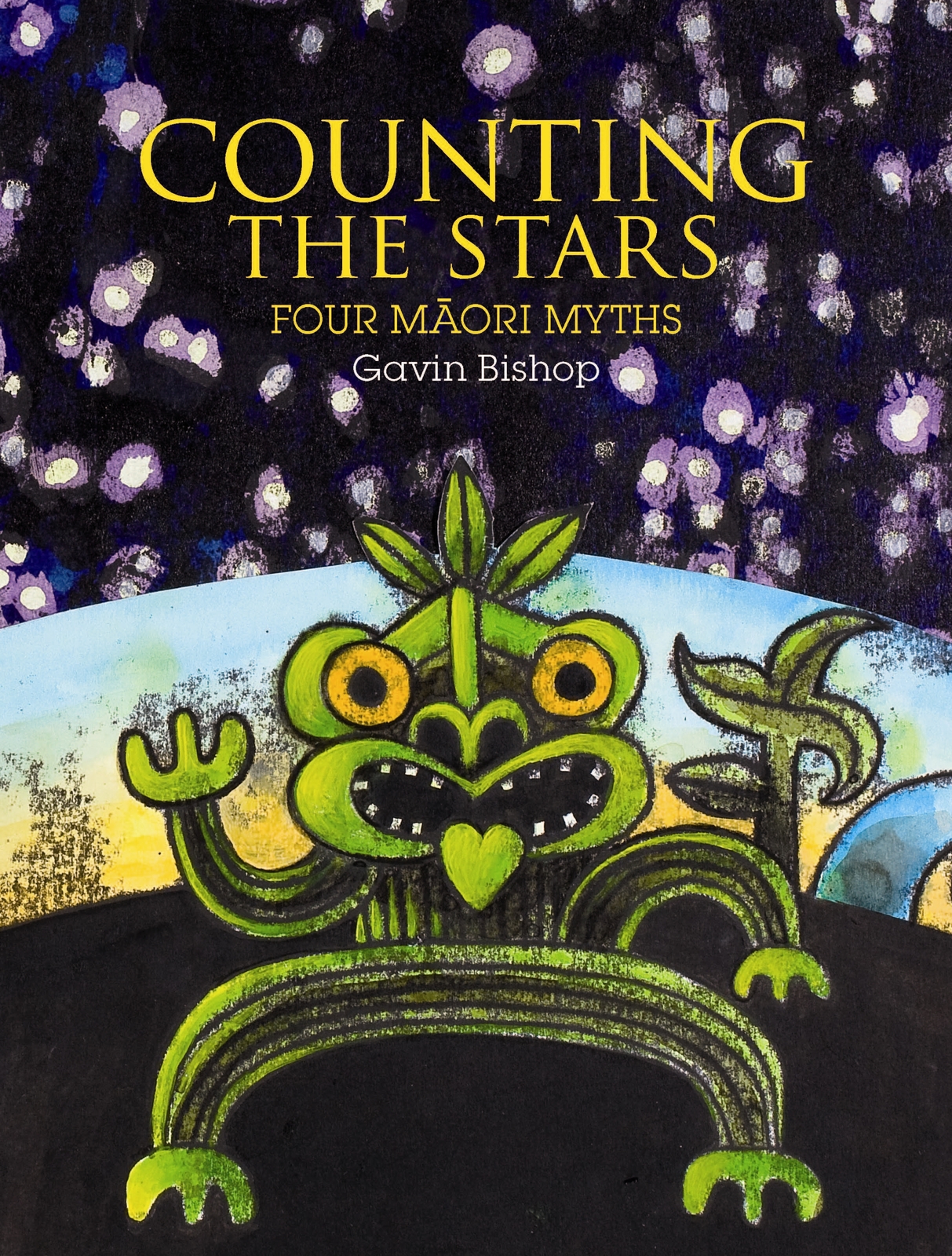 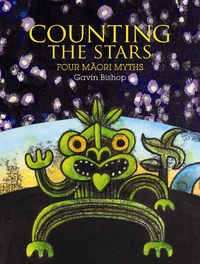 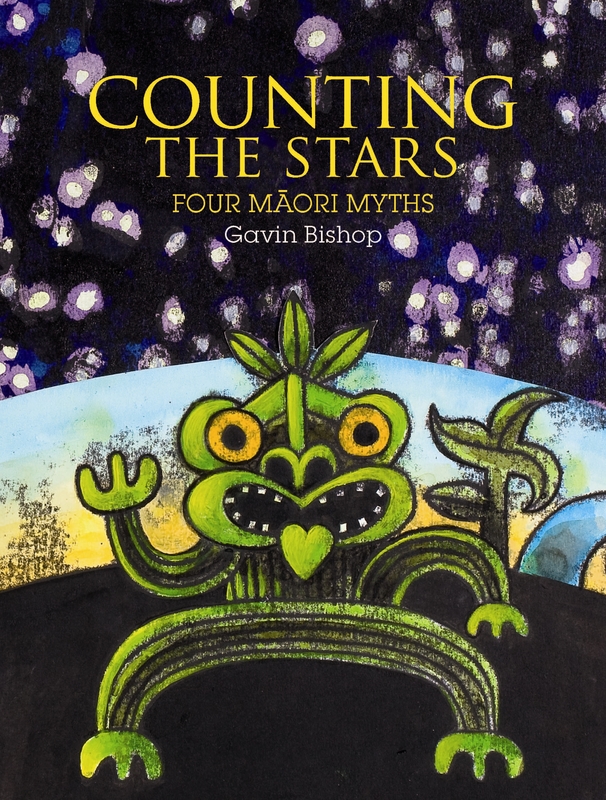 Due to COVID-19, we're unable to accept orders for non-essentials items at this time. Learn more...
A sequel to Taming the Sun and Riding the Waves, Gavin Bishop's latest stunning book contains four more Maori myths, including two well-known legends (Ranginui and Papatuanuku and Hinemoa and Tutanekai) and two less well-known legends (The battle of the birds and Kae and the whale). Aimed at children 3-10 years, these myths are simply written and yet powerful. They're exciting and scary but each story is nicely resolved. Gavin allows the essence of the original myths to remain while also re-telling them for a new generation of children.The illustrations are stunning - the different colour palette for each story and the strong mix of techniques create bold and beautiful images. Counting the Stars is a collection that continues to take traditional myths to a new level. Created by one of New Zealand's most talented and passionate children's book writers and illustrators.

Gavin Bishop is a highly acclaimed children's book author and illustrator. Born in Invercargill, he spent his childhood in the remote railway settlement of Kingston on the shores of Lake Wakatipu. Studying under Russell Clark and Rudi Gopas, Gavin graduated from the Canterbury University School of Fine Arts with an honours degree in painting. He taught art at Linwood High School and at Christ's College in Christchurch. He won the Margaret Mahy Medal in 2000, as well as numerous fellowships and national book awards. His book Weaving Earth and Sky won the non-fiction section and the Book of the Year Award of the NZ Post Children's Book Awards 2003, and was shortlisted for the LIANZA Elsie Lock Medal in 2003. He has won the LIANZA Russell Clark Medal for Illustration four times: Mrs McGinty and the Bizarre Plant (1981); Kiwi Moon (2006); Rats! (2008); and There was a Crooked Man (2010). Among his successful partnerships has been that with writer Joy Cowley, with whom he won the Best in Junior Fiction and Book of the Year at the 2008 NZ Post Children's Book Awards for Snake and Lizard. The Storylines Gavin Bishop Award for Picture Book Illustration was established in 2009 to encourage emergent illustrators and to acknowledge Gavin's contribution to the writing and illustrating of children's picture books. In 2013 he was made an Officer of the New Zealand Order of Merit, and President of Honour of the NZ Society of Authors. Gavin's artwork has featured in exhibitions internationally, including Japan and Czechoslovakia. He has written and designed two ballets for the Royal New Zealand Ballet Company: Terrible Tom and Te Maia and the Sea Devil. In 2003 he shared the Ursula Bethell Residency with Catherine Chidgey. See more about Gavin at www.gavinbishop.com. Other award-winning titles include: Mrs McGinty and the Bizarre Plant (Russell Clark Medal 1981); The Year of the Yelvertons (illustrator; the 1981 Esther Glen Medal; Mr Fox (Noma Concours 1984 Grand Prize); Hinepau (New Zealand Picture Book of the Year 1993); The House that Jack Built (Book of the Year and Best Picture Book at the 2000 NZ Post Book Awards); Friends: Snake and Lizard (with Joy Cowley, Children's Choice Junior Fiction, 2010 NZ Post Children's Book Awards); and Mister Whistler (written by Margaret Mahy, winning Best Picture Book at the 2013 NZ Post Children's Book Awards). Books that have been shortlisted for the NZ Post Children's Book Awards include: Stay Awake, Bear! In 2000; Tom Thumb in 2001 (picture book category); Taming the Sun in 2005 (also a finalist for the Russell Clark Award in 2005); Riding the Waves in 2007; Rats! in 2008; Piano Rock in 2009 (which won the 2009 PANZ Book Design Award in the children's category); and Cowshed Christmas in 2010. Fourteen of Gavin's works have been listed as Storylines Notable Books, including four in 2010: Tom Thumb (2002); The Three Billy Goats Gruff (2004); Taming the Sun: Four Maori Myths (2005); Kiwi Moon (2006); The Waka (2006); Te Waka (2006); Riding the Waves: Four Maori Myths (2007); Snake and Lizard (2008); Rats! (2008); Piano Rock: A 1950s Childhood (2009); There Was a Crooked Man (2010); Cowshed Christmas (2010); Friends: Snake and Lizard (2010); and Counting the Stars: Four Maori Myths (2010). The judges of the 2006 Russell Clark Award said: 'Kiwi Moon has all the appeal and promise of a future folktale classic. It is an outstanding example of how text and illustrations can be interwoven to produce a marvellous whole.'
Release date NZ
September 28th, 2012
Author
Collection
Country of Publication
New Zealand
Imprint
Random House New Zealand Ltd
Pages
48
Dimensions
217x320x3
ISBN-13
9781775530176
Product ID
20719099 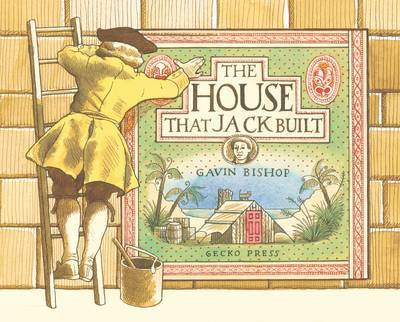 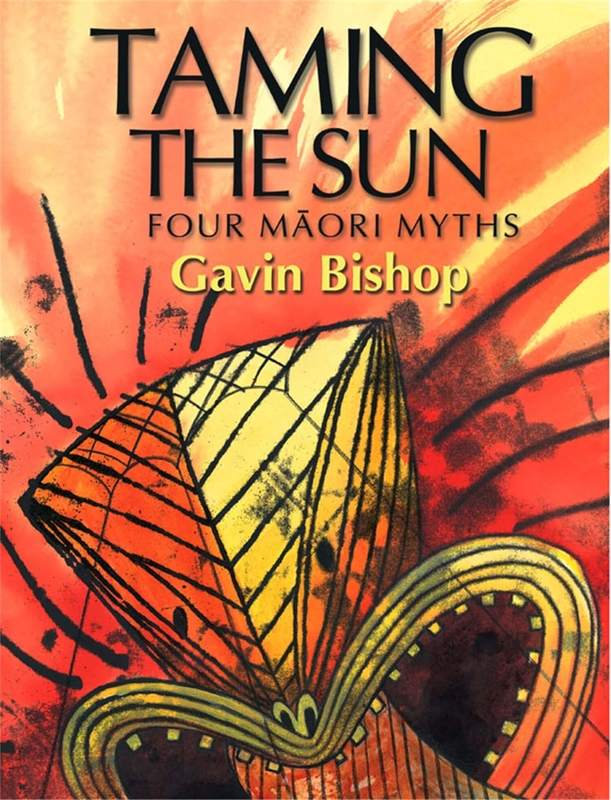 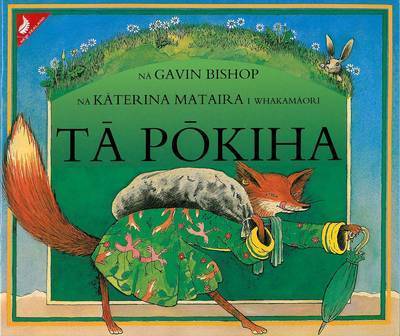 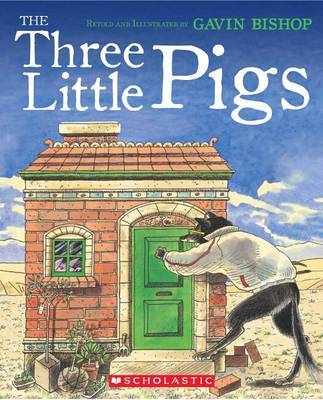