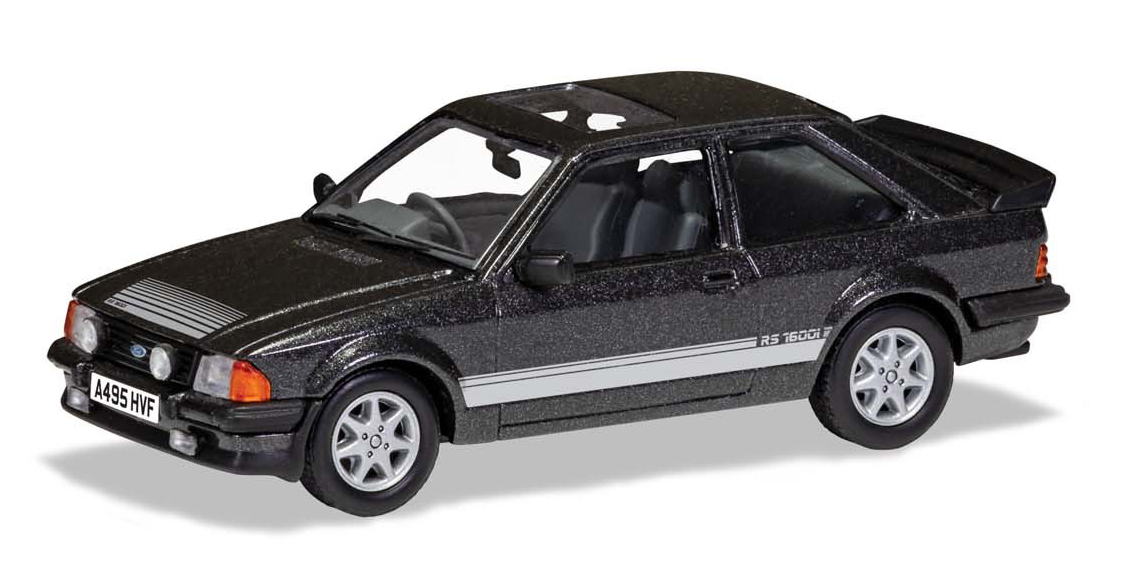 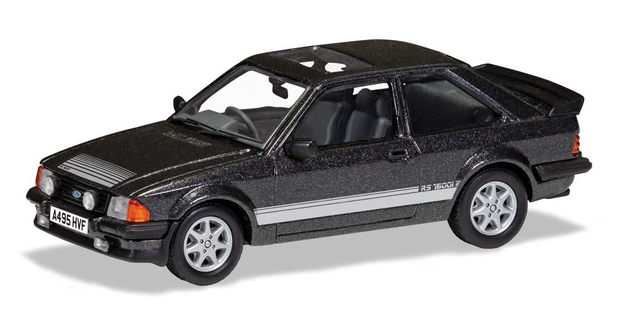 On Sale in 20% off Corgi Diecast! until 31 Jul or while stock lasts
Hurry! Only 3 left at

The 1600i modelled was purchased new by Mr C. Finch from his local Ford dealer, Spruce Howlett & Co Ltd, Norwich. He kept it until July 1984 and thereafter it remained in Norfolk, initially in Great Yarmouth. It was purchased in January 1990 by a Mr M. Jarvis, at which point it had covered just over 30,000 miles. Mr Jarvis ran a car body shop and although the car had, unusually, escaped being modified, he was unhappy with the paint finish so, in 1998, he totally stripped and repainted it to make it absolutely perfect. He cherished this rare RS, and kept it until 2014, by which time it had covered 51,000 miles.

Current owner, County Kerry, Ireland-based Billy O'Sullivan is a member of the Roughty Valley Vintage Club and acquired the RS1600i in 2014 from well known dealer Appreciating Classics, Norfolk. He is a Mk3 Escort enthusiast and collector and has had the car examined and serviced by Escort specialist, and well known rally driver, Adrian Randles of RMK Randles Motors Kerry. The first job was to have the still immaculate paintwork ceramic coated to preserve it. Since then, the car has been used sparingly but regularly for classic car runs and shows. Only 8,659 examples of the RS1600i were produced and many were modified for motorsport. However, this totally standard car has still only covered 52,000 miles and is considered one of the best remaining.

Corgi's famous model vehicles captured the imagination of millions of baby boomers and, what were once simply toys for boys, are highly sought-after in the expanding collectables market.