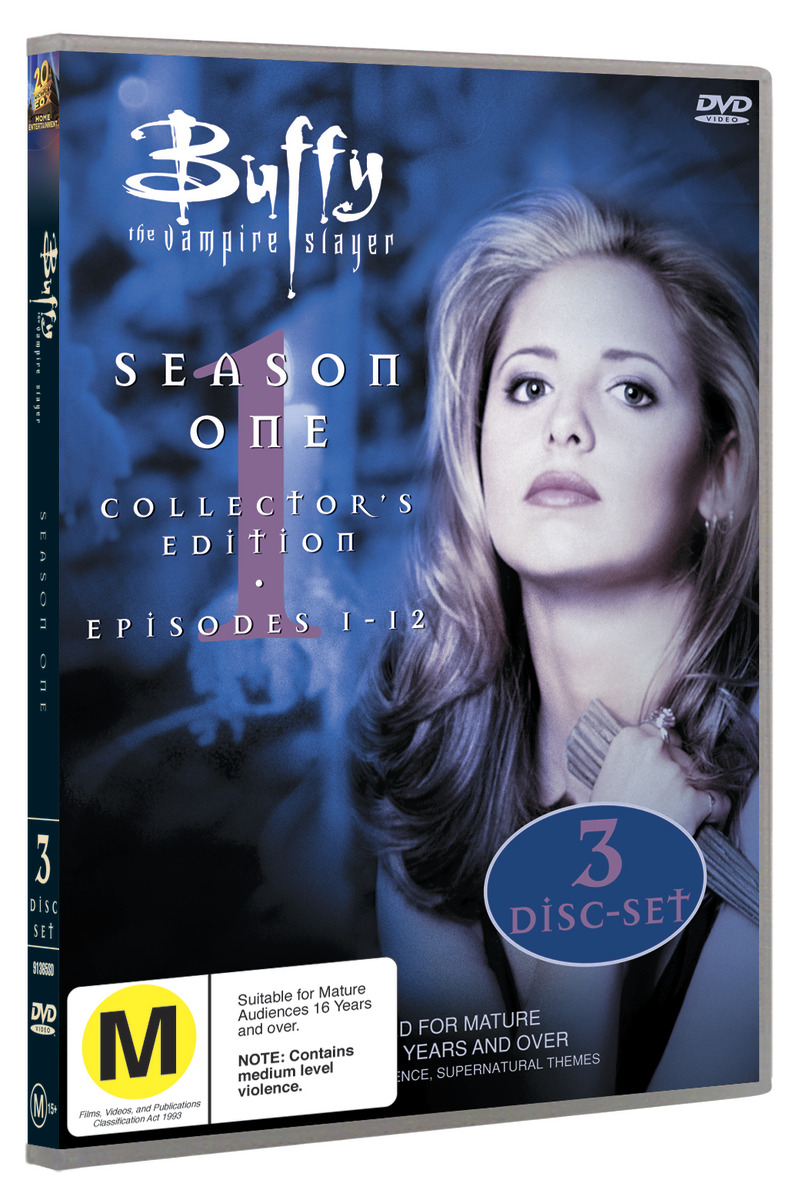 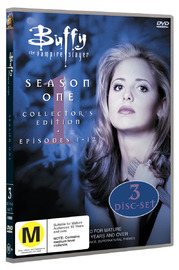 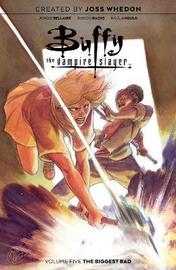 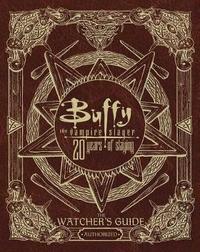 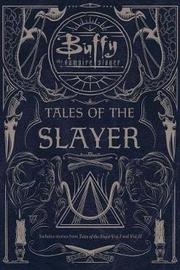 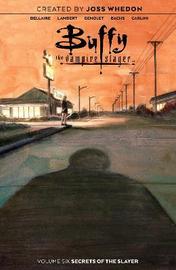 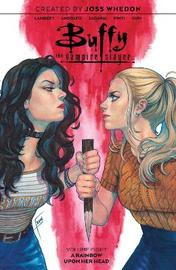 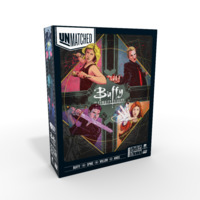 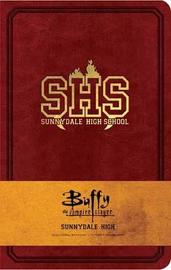 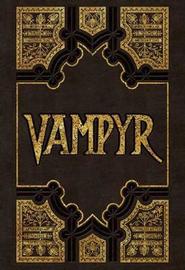 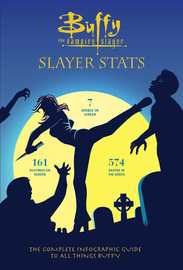 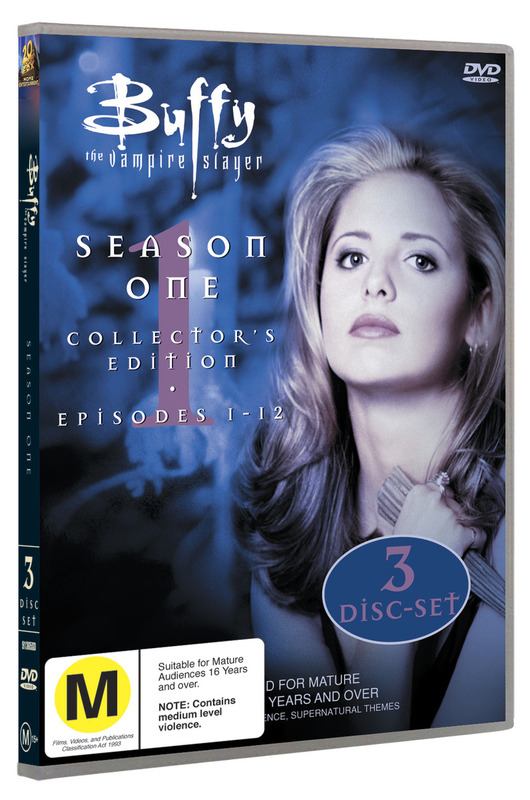 From the fantastic mind of Joss Whedon comes Buffy, an average girl living in middle class suburban America, she has friends, goes out to the Bronze and even has a high school nemesis by the name Cordelia Chase. There is one exception, she is The Slayer. One girl in all in world that has the strength and skill to fight the Vampires. Lucky for Buffy her new hometown of Sunnydale is a center for demonic activity and with the Scooby Gang by her side and her Watcher Rupert Giles she fights the forces of darkness on a regular basis and on occasion saves the world.

Sarah Michelle Gellar is Buffy Summers and it is hard to imagine anyone else who could play the part of this super girl with her super strength, speed and agility – not to mention her great puns. She brings the show to a new level and you begin to feel you are fighting the fight with her. The quintessential Geek Willow Rosenberg is portrayed by Alyson Hannigan and you cannot help falling in love with her social awkwardness and enthusiasm for studying and computers. Xander Harris the class clown is played by Nicholas Brendon who brings much needed humor to the tough situations the Scooby Gang faces. These three along with Buffy's British Watcher Rupert Giles played by Anthony Stewart Head make up a stellar cast that draws you in and never lets you go.

Once you enter the Buffyverse you will never come back, no matter your age or gender.

Ahh, the first season of Buffy. Watching this as a child of around twelve, I was terribly impressed by all the action, gore and scares.

This cult classic is likely the most famous of Whedon's works, which include Angel (also set in the Buffyverse), Firefly, Dr. Horrible and Dollhouse. A million times worth watching. WATCH IT I SAY.

Seriously nothing beats Buffy in the awesome stakes (he he) Funny, dramatic, mixed with proper vampires and demons, you just can't go past it.

This collection of Buffy contains all episodes of Series 1 spread over 3 discs and is presented in an amaray case.

The complete first season of the vampire series based on the popular motion picture. This long-running TV series picks up with Buffy Summers and her mom moving to nice, quiet, pleasant Sunnydale. Soon, Buffy discovers that L.A. was just a walk in the park.

Disc One:
Episode 1 – Welcome To The Hellmouth: Sophomore Buffy Summers transfers to Sunnydale High to make a fresh start but can't escape her destiny as a slayer because Sunnydale just happens to be at the mouth of hell.
Episode 2 – The Harvest: Buffy swings into action in a fight to the death with The Master, a powerful vampire intent on making a meal of her newfound friends and re-opening the mouth of hell.
Episode 3 – Witch: School spirit gets ugly when cheerleader tryouts take a supernatural turn, and Buffy gets bewitched as she tries to make the squad.
Episode 4 – Teacher's Pet:Buffy gets bugged by the substitute biology teacher who's seducing and devouring the boys at Sunnydale High.

Disc Two:
Episode 5 – Never Kill A Boy On The First Date: Buffy starts dating a classmate, but is interrupted by a vampire plot to lead her to hell.
Episode 6 – The Pack: Buffy and Willow discover that all men are animals when Xander and the other boys from school are possessed by bloodthirsty demonic hyenas.
Episode 7 – Angel: Buffy finds herself irresistibly drawn to the mysterious Angel, but must pull herself away when she discovers his terrible secret and ungodly past.
Episode 8 – I, Robot… You Jane: Reading can be fun – unless there's a demon trapped in the book, Willow falls under a very literate spell that hides out on the internet and puts Buffy's life on the line. Episode 5 – Never Kill A Boy on a First Date

Disc Three:
Episode 9 – The Puppet Show: Someone or something is killing the school's talent show contestants for their organs, and all eyes are on a spooky ventriloquist dummy named Sid.
Episode 10 – Nightmares: When everybody's nig­htmares become reality, Buffy has to draw on her mental strength to put the terrible dreams to bed.
Episode 11 – Out Of Mind, Out Of Sight: Ignore her at your own risk – Cordelia campaigns for the May Queen crown, but the supernatural force of an unpopular girl conspires against her with dangerous consequences for Buffy and her friends.
Episode 12 – Prophecy Girl: Buffy's future looks bleak when Giles discovers an ancient book that foretells her death and the end of the world, but she's determined to survive and party at the Spring Fling.