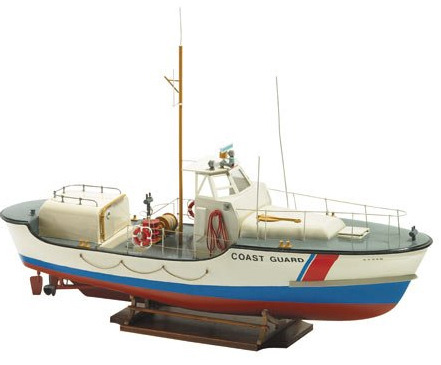 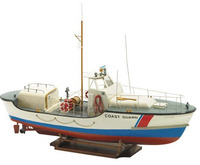 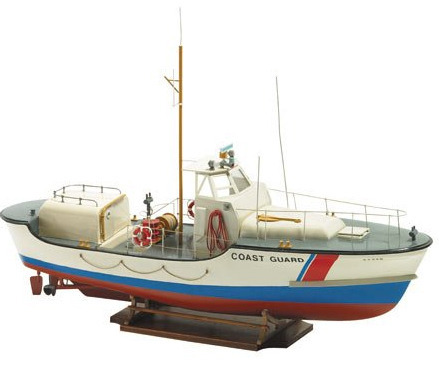 This model is NOT for beginners as stated. I have been building for many years and this boat built need a number of tools not commonly used on, say, pure plastic models. The cradle the boat is to rest on, does not fit the hull or the keel which makes it hard to use when building as you need to protect your props. You need to have a working knowledge of the use of scale drawings ( and they are to scale ), but can be confusing. No more Billing Boats for me!

This 44-foot Coast Guard is a very seaworthy lifeboat, designed to carry out search and rescue assignments in poor weather and water conditions.

With a skilled and experienced crew, this vessel can carry out the most demanding of rescue operations. The vessel is self stabilizing.

Note: Suitable for beginner modellers and up.

In the early 50s Mr. Ejnar (Ed) Billing, a former RAF pilot during WWII, was working as an Architect in the town of Esbjerg in Denmark. His wife was running a Hobby shop called Vestjydsk Hobby and Mr. Billing was proudly displaying his build up model of a Danish Fishing Boat. At that time there were no actual modelboat kits around, from which you could make a boat. One day a Danish magazine saw this beautiful model in the window of the Hobby Shop and were very interested in buying 50 “build ups” of this Fishing Boat for a competition the upcoming summer. Mr. Billing was very keen on the idea, but it was a huge undertaking making 50 models, so he came up with the idea to make the model as a kit, exactly the same way you would build a real ship. This was when the concept “plank-on-frame” was invented by Mr. Billing, which is now used by all modelboat manufacturers around the world. Up until 1958 the kits were produced under the name “VHT” Vestjydsk Hobby Teknik, but this changed as Mr. Billings products became known outside Denmark. August 1958 the Billing Boats logo and name was a reality, and the company started to be known around the world as the first and the finest manufacturer of modelboats. 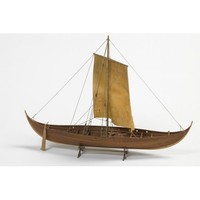 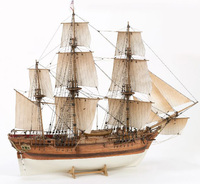 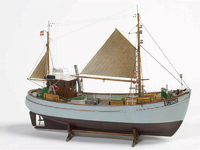 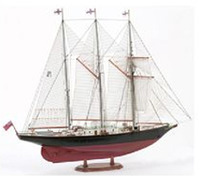