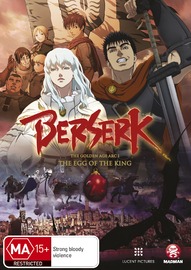 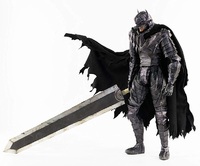 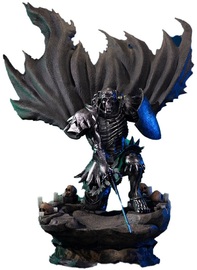 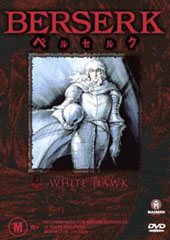 Unavailable
Sorry, this product is not currently available to order
The meaning in a hawk's eyes when it gazes at prey is unmistakable. Griffith's prey is in his sights as he steps up campaigns both against the invading Empire of Chuder, and against the conniving noblemen side by side with him in Midland's court. His Hawks are involved in another skirmish on the front lines, where Caska and Guts are separated from the others. Wounded and trapped in enemy territory, they struggle to return to the Hawks before the marauding armies of Chuder track them down. Contains episodes 10-13. "Berserk is an intensely compelling, and brutal piece of anime. It's one of the best character work in an anime television series." -- AICN "From its subtle innuendo to its hyper-brutal violence, BERSERK is a journey through the annals of pain, suffering, torment and revenge." -- PLAY "…one really good series that doesn't pull any punches. I love Berserk. Highly recommended." -- AnimeOnDVD.com Special Features:
Release date NZ
January 1st, 2007
Movie Format
DVD Region
Edition
Brand
Aspect Ratio
Language
English, Japanese
Length (Minutes)
100
Studio
Madman
Subtitles
English
Genre
Original Release Year
2000
UPC
9322225004009
Product ID
1459910