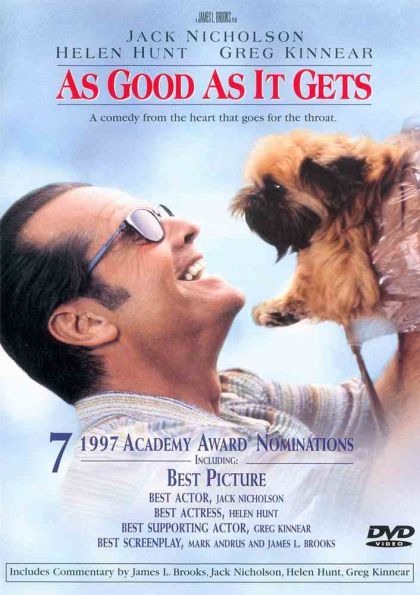 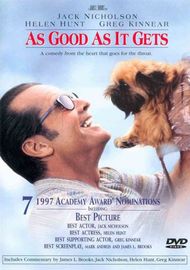 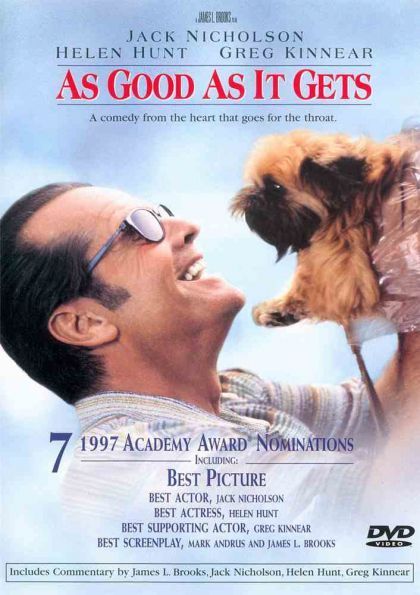 If you like Jack Nicholson you will love this movie. A great preformance that makes you chuckle for weeks to come and quotes that you never forget. A movie that is easy to watch but keeps you guessing all the way

As Good As It Gets

Brace yourself for Melvin. Jack Nicholson gives an Academy Award winning performance as Melvin Udall, an acid-tongued, obessive-compulsive romance novelist with Manhattan's meanest mouth. But when his neighbour Simon (Greg Kinnear) is hospitalised, Melvin is forced to look after Simon's dog. And that unexpected act of kindness, along with the daily exchange of insults with Carol the waitress (Helen Hunt), helps put Melvin back in the human race.