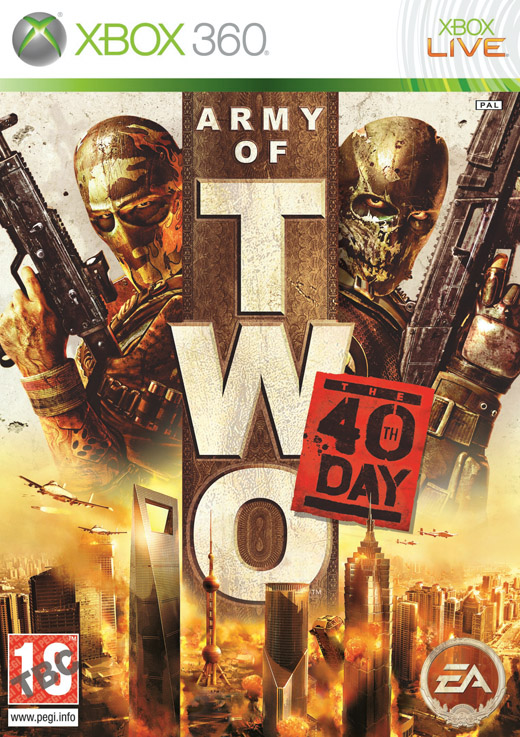 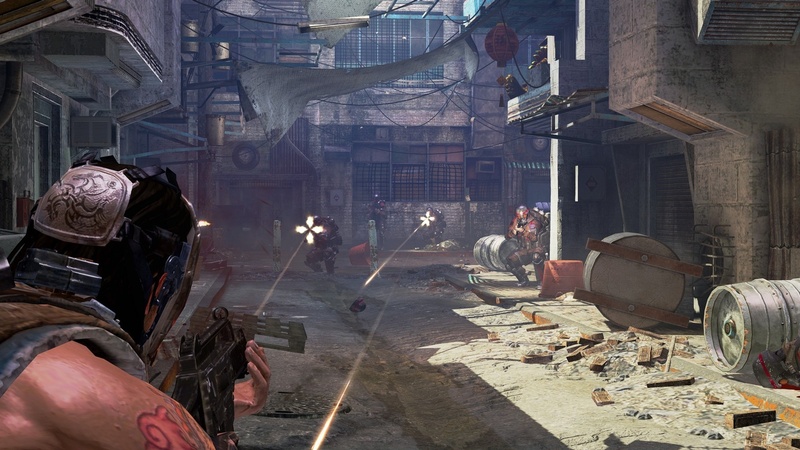 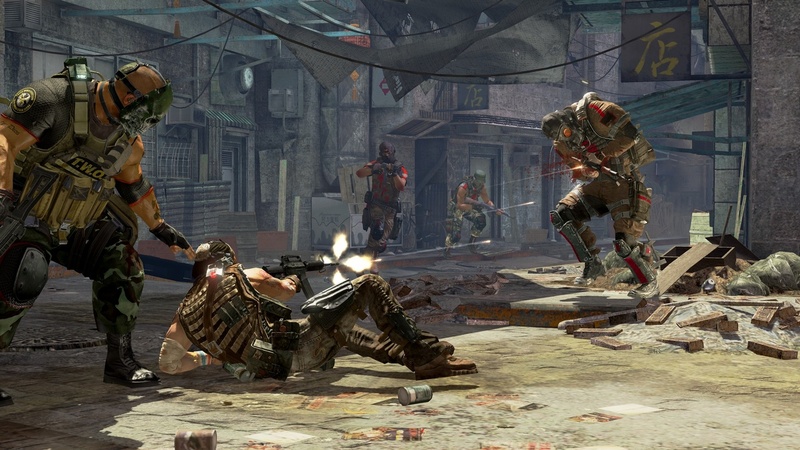 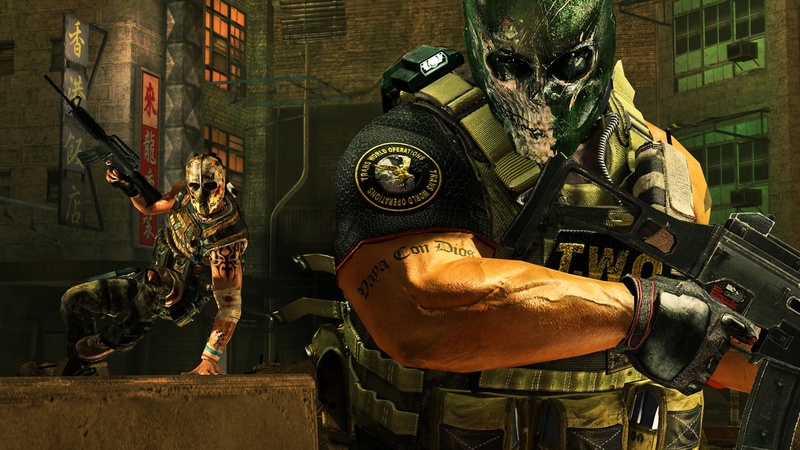 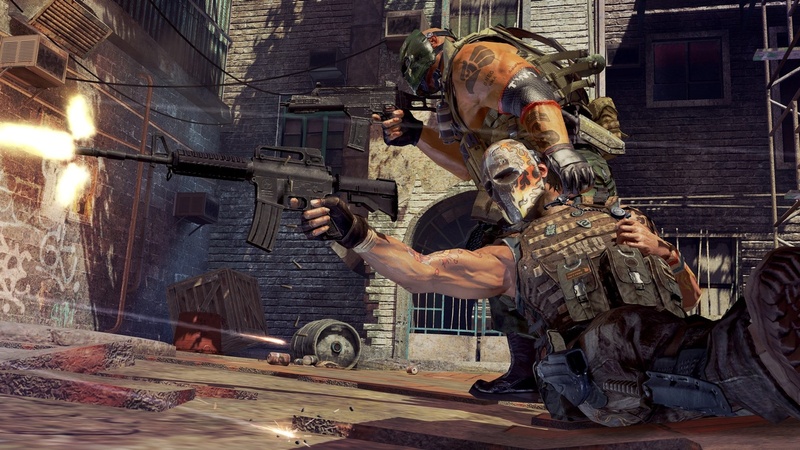 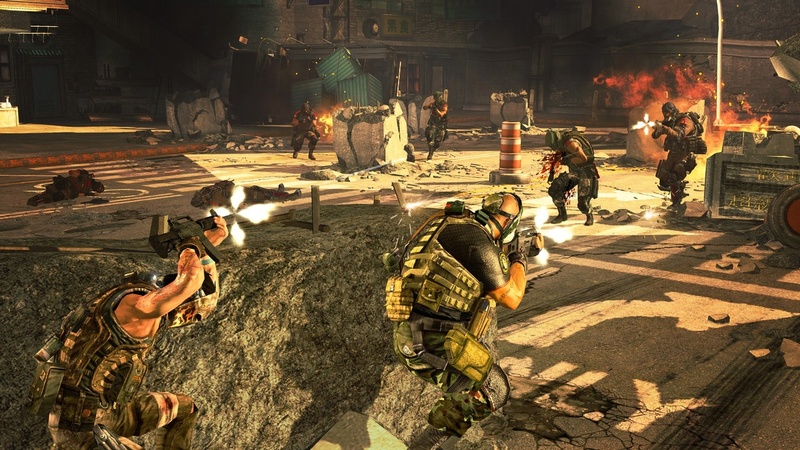 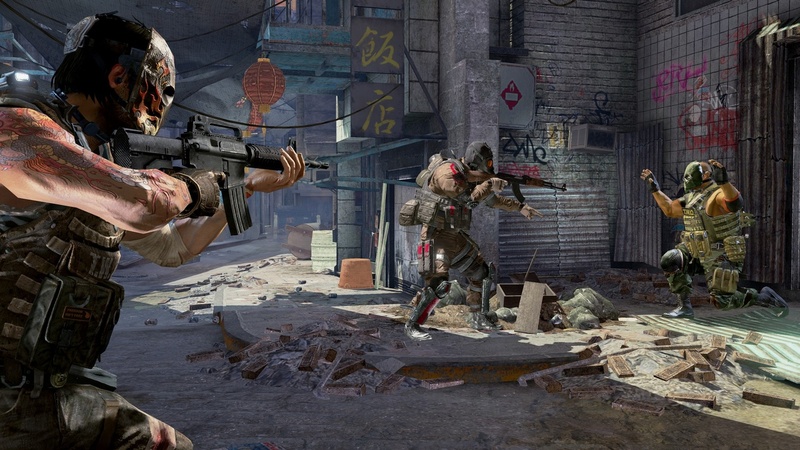 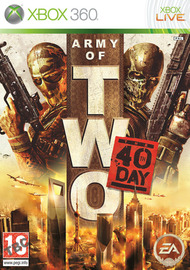 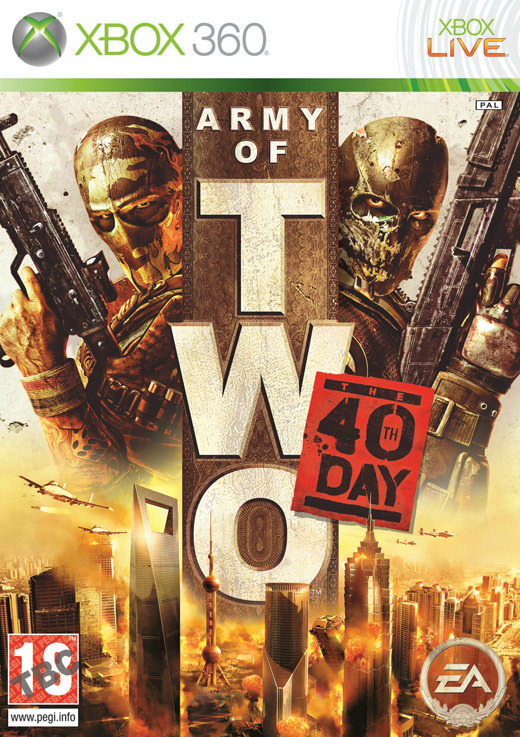 Years ago I hired out a game called Army of Two for the PS3. The game had been hyped up for months and I loved the look of the game play, with the focus being primarily based on team-work. I also liked the fact that the weapons were customizable and so was the look of the protagonists Rios and Salem. Unfortunately, upon playing the game, it suffered from a number of small glitches which proved annoying and I quickly gave up on it. Therefore when Army of Two: The 40th Day came out, I immediately assumed the worst and put it to the back of my mind, which in retrospect I feel is one of the biggest mistakes of my life............... That may be a slight exaggeration. To begin, the game builds upon the premise of the first game, but improves upon it in almost every aspect. The buddy system actually works in this version and it makes the intense firefights a blast to fight your way through. The game is by no-means huge clocking in at around 6hrs but the sheer intensity of the gun-play puts the replay value of this game head and shoulders above the competition. The story in Army of Two: T40D revolves around Rios and Salem who have agreed to perform a simple job in Shanghai. Unfortunately, The job quickly turns sour with the boys finding out that they are mere pawns in a much larger and indisidious plot to bring Shanghai to its kneeds. On top of this, the boys actions place their former employers cross-hairs squarely on them and they must therefore escape the city. The overall plot isn't going to win any oscars, but it provides the premise for all the delightful action that follows.......and does it follow. Over the course of the game you can play as one of the characters and can choose to have a buddy join you if you wish. At first glance, the game comes across as a very stock standard cover shooter, but this quickly escalates in line with the scale of destruction. What makes the shooting work here is the friendly AI, which is competent and the fact that the cover system does not have you stick to a surface like other shooters (E.g GOW or Uncharted). This means to take cover, simply be near the surface you wish to take cover against and the boys will automatically use it as cover until you decide to move on. The system sounds flawed, but within this game it worked surprisingly well and adds to the speed and tenacity of the skirmishes. To describe the gun-fights in Army of Two is difficult, but I would take it as far as to compare it to a Die Hard film. They are chaotic, intense and loads of fun whether you are by yourself or with a friend. Finally, the set pieces within the game can at times be amazing. I'm not sure if the developers took hints from Uncharted, but the gun-play set pieces are dynamic and there are often multiple ways to take them on the enemy depending on your play style. It is also these set pieces where the buddy system works amazingly well and nothing is more satisfying than working together to take out a hoard of bad-guys. Other features of the game are good as well; the graphics are satisfactory, but by no means amazing especially by today's standards. The sounds effects are good, especially the cackle of gun fire. To summarize, what makes Army of Two work are the game-play elements, which provide a fun and re-playable experience for any one who enjoys their shooting games.

This is a really good game – especially if you have friends to play with. The biggest issue is really trying to find 4 players to do some of the online games. I think they made some significant improvements over the first game such as charging, taking meat shields, and the ability to mock surrender.

I'd highly recommend this game. I had a great time going through the story which I also thought was a little out of the ordinary. Here's hoping they make part 3!

Usually with the two player co-op games I have played, playing with another person makes the game significantly easier.

Not with this one.

I sat down for about 4 hours with a mate and we still haven't finished it yet (on the last level I think), I've played single player too and that I haven't finished that yet (almost there).

The game play is great, full weapon customisation with trade-offs between different additions, 3 primary weapon slots + grenades and the ability to pick up enemy weapons without loosing your gun (you throw it away when it runs out of ammo, which take awhile when you collect more from people you kill).

Has everything from SMGs to RPGs, sniper rifles, grenade launchers, Gatling gun, shotguns, pistols and assault rifles. All of which you can customise everything including the paint scheme.

The choices you make during the game effect how people react to you, saving civilians earns you money too.

All in all a great game either solo or with a mate.

When a man-made disaster of epic proportions strikes Shanghai, China, Rios and Salem find themselves right in the middle of it all. Fortunately for you, youve got a bigger playbook of features and a new arsenal of co-op moves that either player can perform at any time, opening up fresh strategies and choices for both players. Youve also got the tools you need to help the Army of Two fight and prevail with an incredibly deep, advanced weapon customization and upgrade system. Take your partner online in four explosive multiplayer modes, each focused on unique co-operative play.

The Army of Two is back and better than ever!