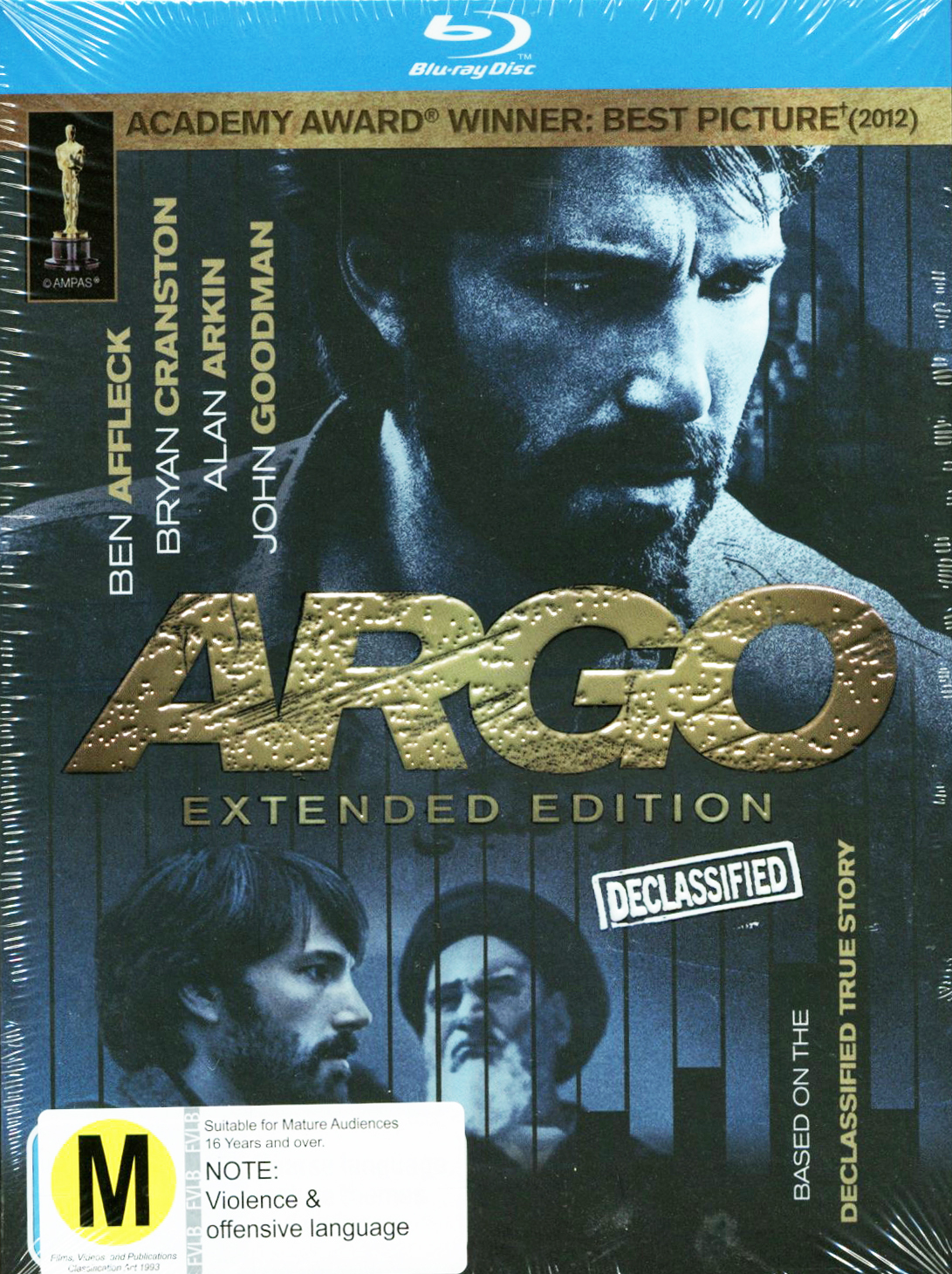 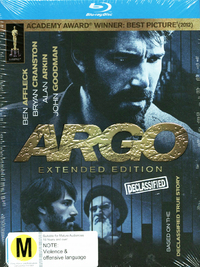 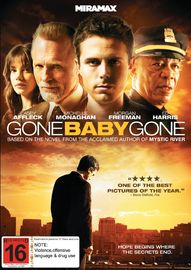 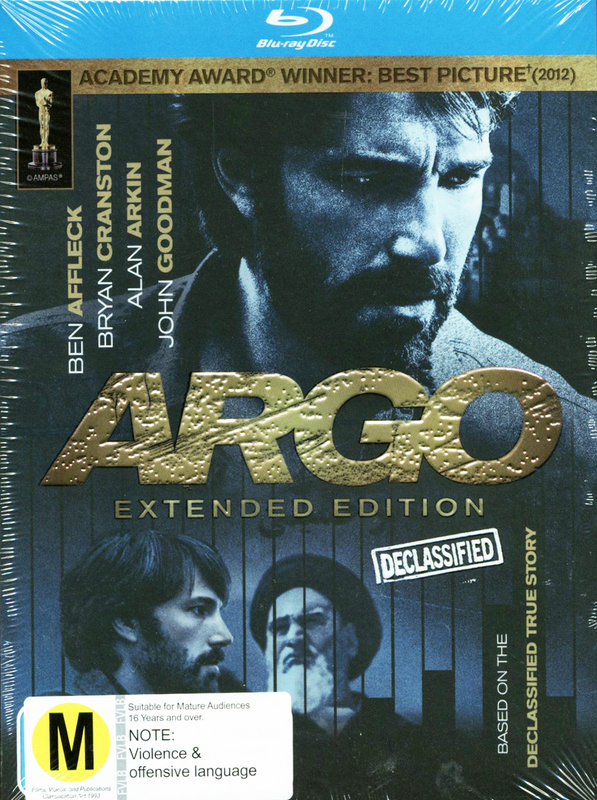 Argo: Extended Edition with the theatrical version plus extended cut with footage not seen in theatres!

Argo is a 2012 historical drama / thriller film directed by and starring Ben Affleck.

The Iranian Revolution takes over the U.S. Embassy in Tehran and six Americans escape. Now only one man can get them out from behind enemy lines. Tony Mendez is a brilliant CIA agent who specialises in impossible escapes, but his new plan is as daring as it is desperate. Disguised as a film crew, Tony and the fugitives must hide in plain sight, where the slightest slipup could end in instant death.

“Ben Affleck doesn't merely direct Argo, he directs the hell out of it, nailing the quickening pace, the wayward humor, the nerve-frying suspense. There's no doubt he's crafted one of the best movies of the year.” Rolling Stone

“Argo is a triumph. It has tension, sincerity, mystery, artistic responsibility, entertainment value, technical expertise, a narrative arc and a thrilling respect for the tradition of how to tell a story with minimum frills and maximum impact. It's a great footnote to history, one of the best films of 2012 and a sure-fire contender on Oscar night.” New York Observer

“The whole thing is paced like a whip, and the third act may literally be the most suspenseful piece of film I've ever seen – and yes, I have seen Rear Window. Recommended without any reservation for every and any cinemagoer.” ABC Radio Australia

“A drum-tight thriller demonstrating that Affleck is one of the most accomplished directors working in Hollywood today.” Sky Movies

“The film has heart and brains as well as balls, the screenplay delivering a clear and strong story without sacrificing either political or personal context” Urban Cinefile Australia

“A blue-chip Oscar contender that's also a rousing popcorn movie, Ben Affleck's Argo offers plenty of nail-biting thrills as well as funnier scenes than you'd ever imagine possible in the grim context of the Iran hostage crisis…If you didn't know otherwise, you'd swear this was the work of a veteran master like Steven Soderbergh.” New York Post

“Fusing suspense and humor in a political thriller is a tricky prospect, but Argo is more than up to the task.” USA Today