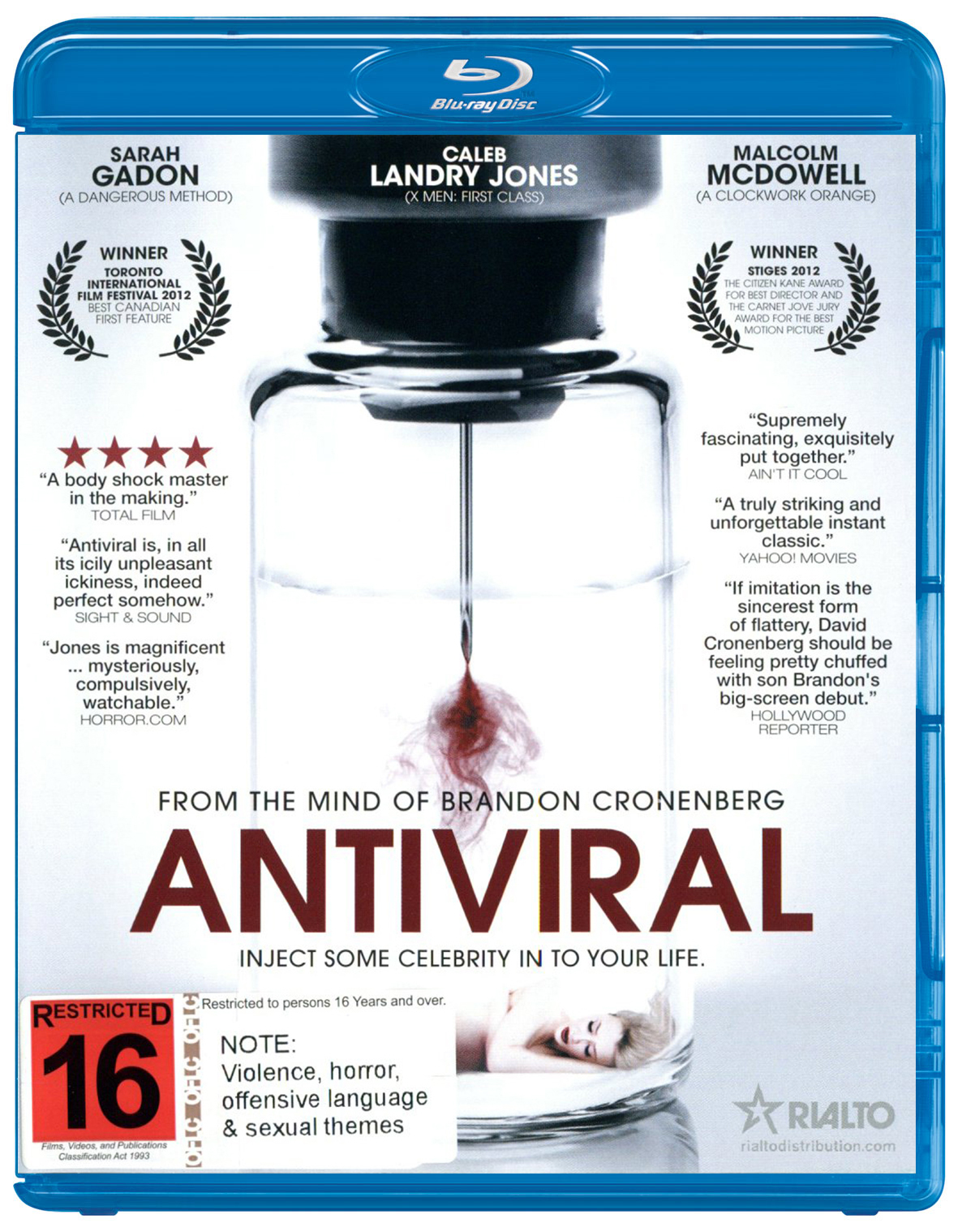 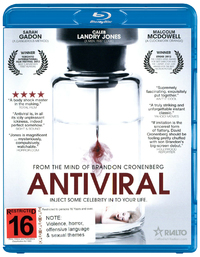 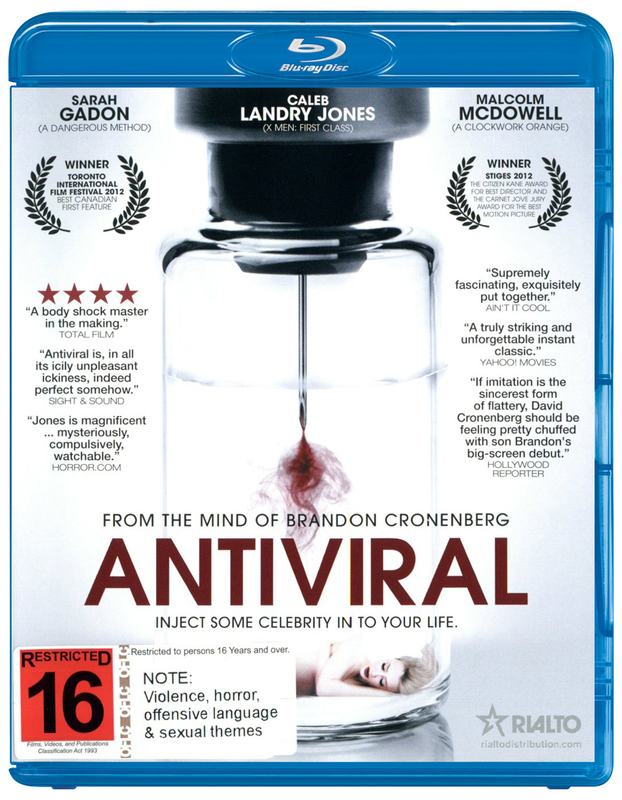 Antiviral is a 2012 Canadian sci fi thriller/horror film directed by Brandon Cronenberg – it competed in the Un Certain Regard section at the Cannes Film Festival.

In a world consumed by obsession with those in the public eye, celebrity diseases are a highly sought after commodity. Syd March (Caleb Landry Jones) is an employee at a clinic
that sells injections of live viruses harvested from sick celebrities to obsessed fans. Biological communion – for a price. Syd also supplies illegal samples of these viruses to piracy groups, smuggling them from the clinic in his own body.

When he becomes infected with the disease that kills super sensation Hannah Geist (Sarah Gadon), Syd becomes a target for collectors and rabid fans. He must unravel the mystery surrounding her death before he suffers the same fate.