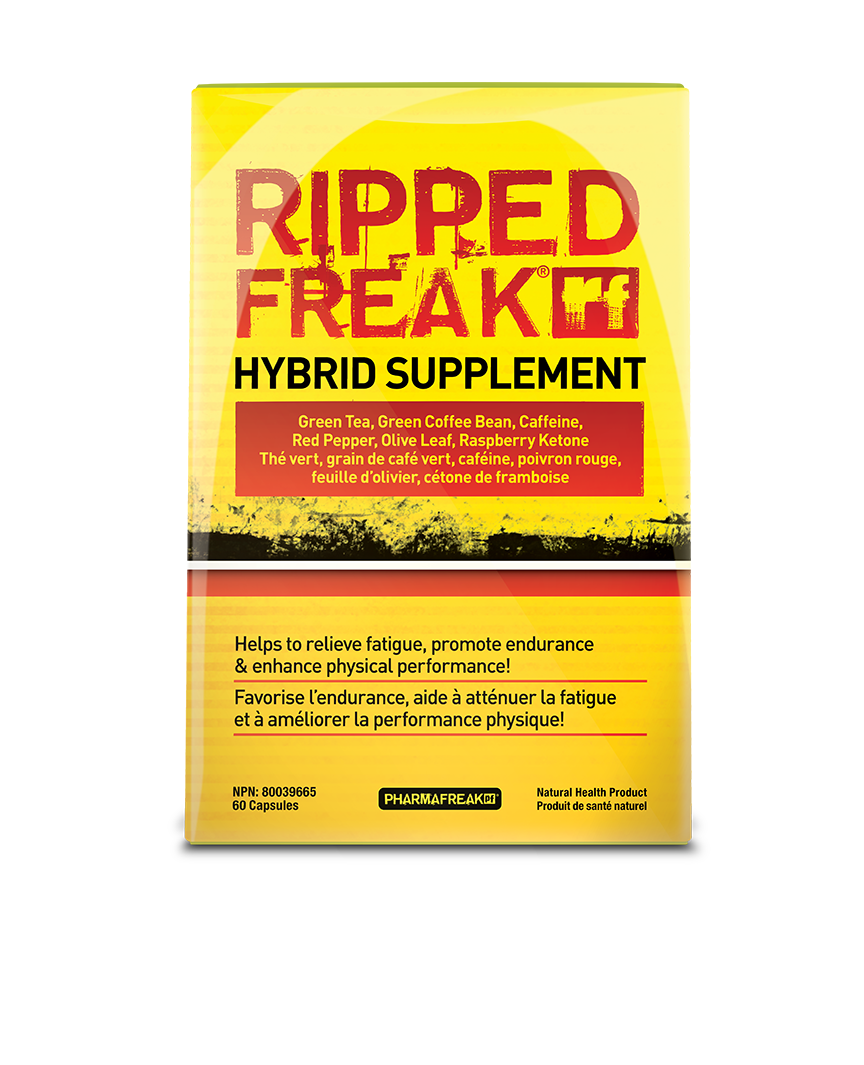 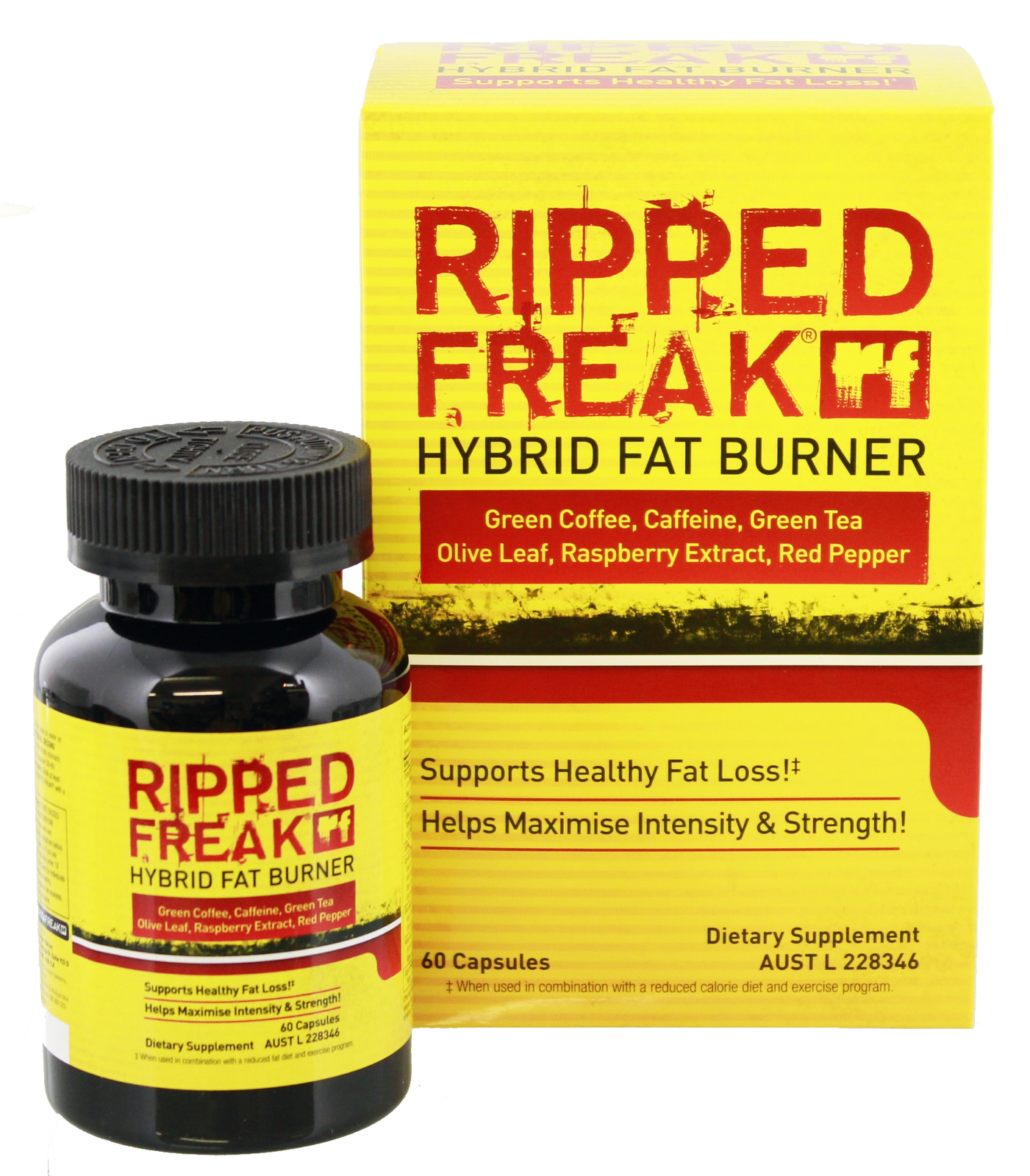 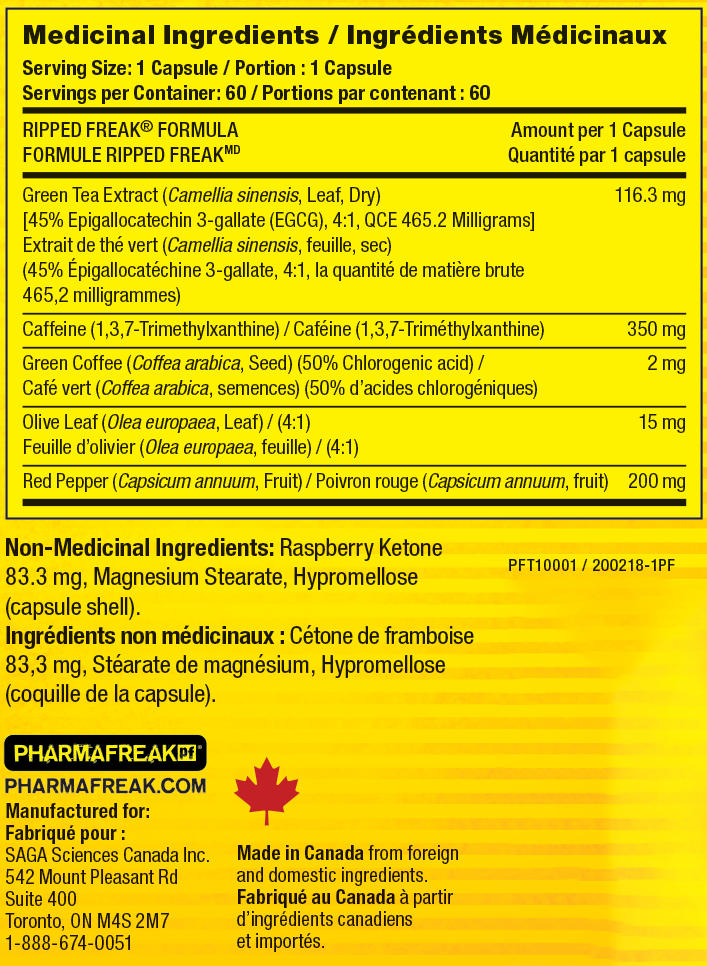 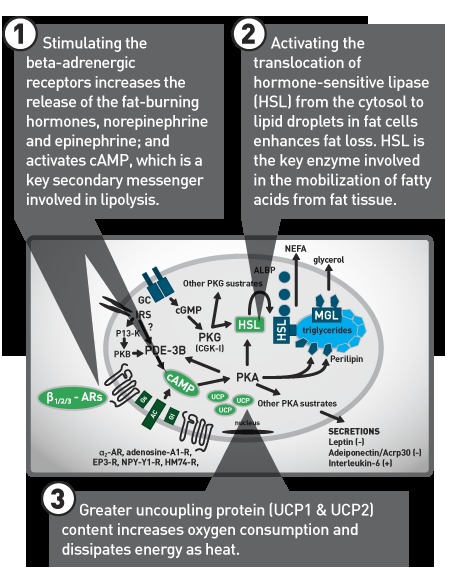 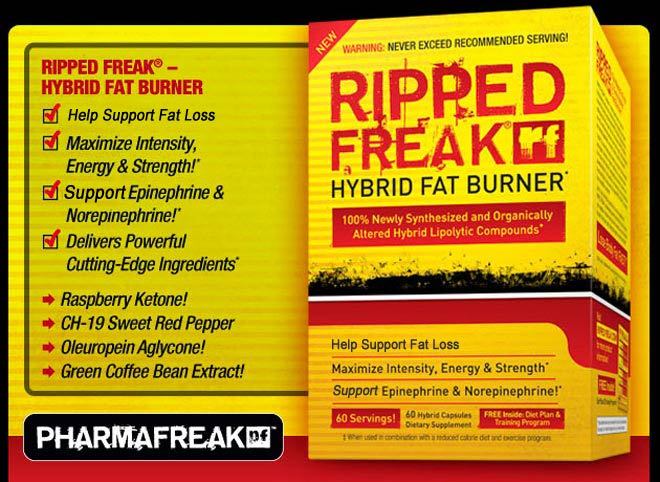 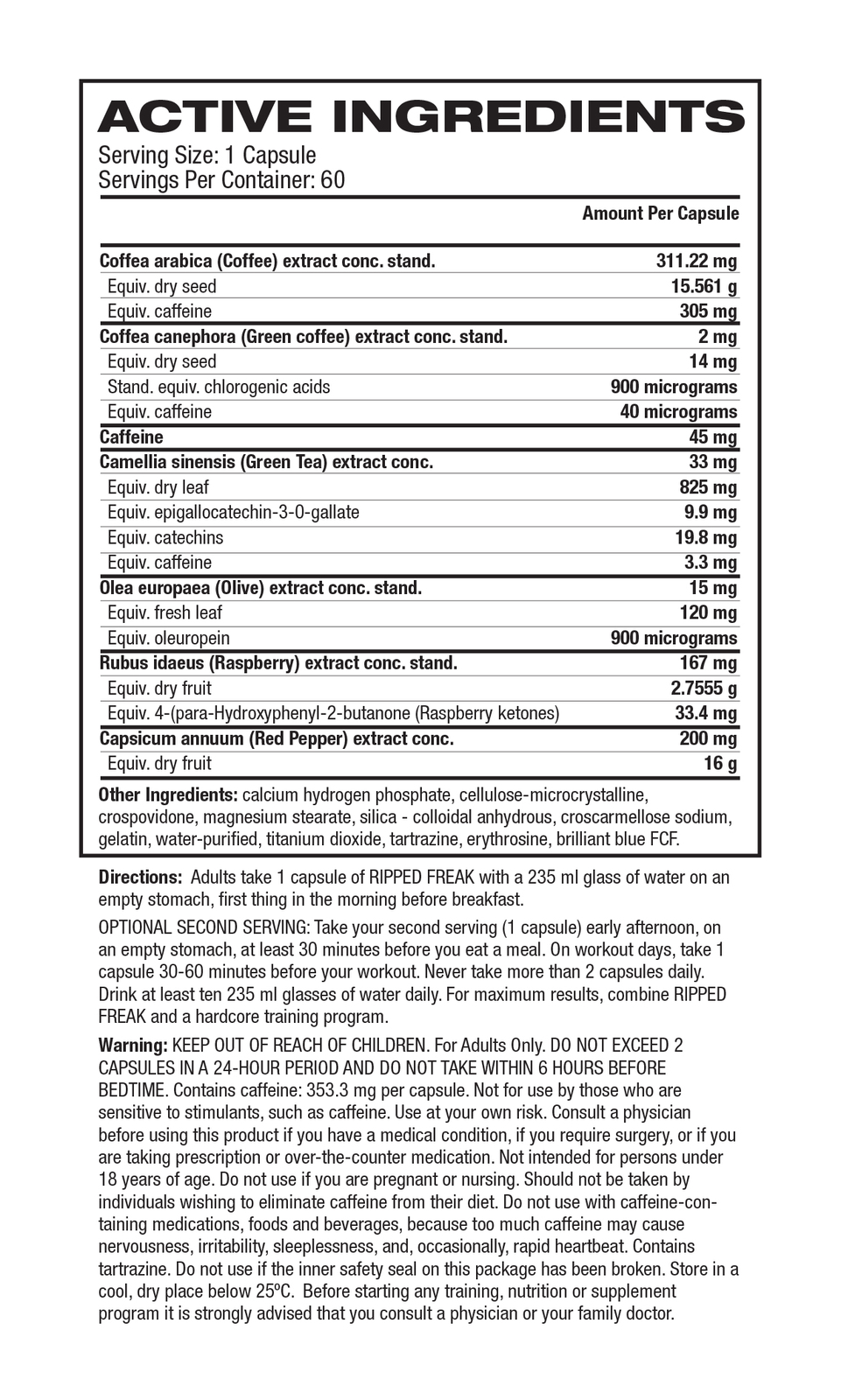 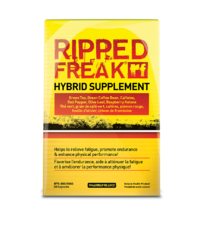 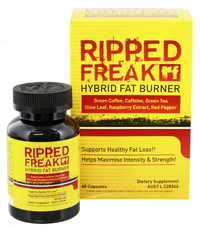 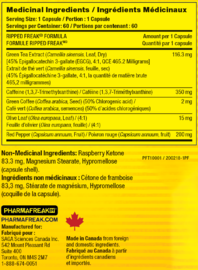 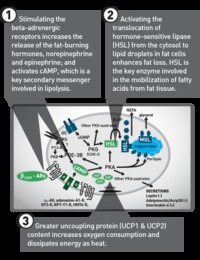 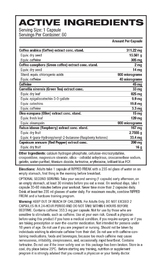 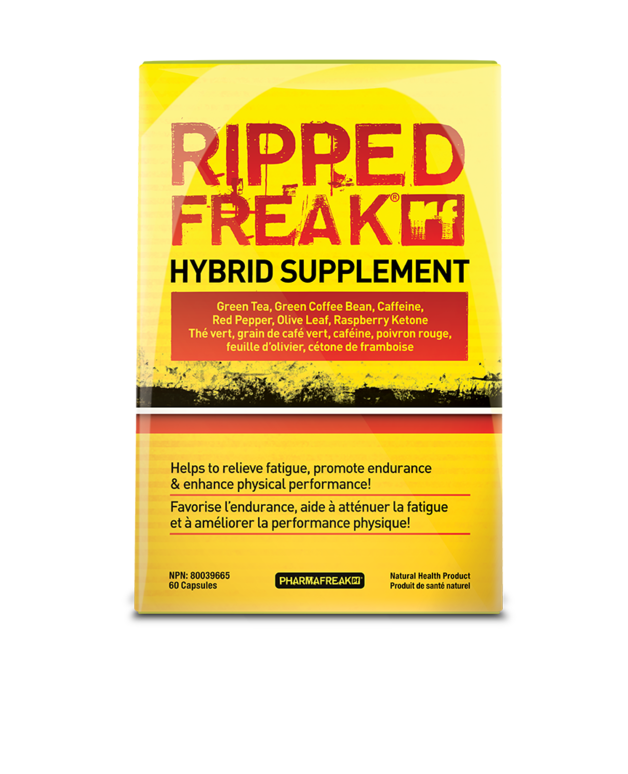 Great Deal! :-) These are our favourite pre work out pills I will always buy from Mighty Ape if they remain at this price (way cheaper than buying from supplement stores) Plus also got a bonus of a free magazine & skipping rope. Great deal ! :-)

16 out of 17 people found this review helpful.

Easy to swallow pills. Such a brilliantly cheap price. Lost lots of weight while training for my tournaments with the help of these. Also helps to cycle on and off of them so you don't become immune to its effects.

Ive tried this product before in the past and while using this product and lowering my sugar intake I was able to loose 9kg in a month and a half, first product that actually worked for me and happy to keep using it.

POTENCY WARNING This is an extremely powerful fat burner designed for hardcore users only. NEVER exceed the recommended daily dosage. Speak to your healthcare professional before beginning any weight loss regime.

“Hybrid Compound” is a term that's been coined by their team of pharmaceutical and organic chemists. A Hybrid is defined as a compound derived from nature that has been organically altered or synthesized to deliver more powerful effects! Incredible Results from Ripped Freak Studies!The Ripped Freak formula specifically combines key fat-burning ingredients with the methyl gallate ester, which is used in the pharmaceutical industry to provide superior bioavailability and an extended half-life in the body! It is the ability of our chemists to alter and discover these new Hybrid compounds that make Ripped Freak the strongest fat-burning formula legally available in North America!

There are 3 key things that make Ripped Freak different from all other fat burners on the market:

Aside from fat burning, are there any additional benefits of using Ripped Freak?
Yes! Ripped Freak can give you an incredible boost pre-workout. Many athletes and bodybuilders use Ripped Freak to improve strength and endurance.

Is it okay to use Ripped Freak if I am subject to drug testing?
Anyone subject to banned substance or drug testing should check with their sport's respective governing body before using this product or any other dietary supplements. Read the entire label before use, including the risk information. Don't forget to follow the directions on the box and/or label.

DIRECTIONS: As a dietary supplement, adults take 1 capsule of RIPPED FREAK® with an 8-ounce glass of water on an empty stomach, first thing in the morning before breakfast. OPTIONAL SECOND SERVING: Take your second serving (1 capsule) early afternoon, on an empty stomach, at least 30 minutes before you eat a meal. On workout days, take 1 capsule 30–60 minutes before your workout. Never take more than 2 capsules daily. Drink at least ten 8-ounce glasses of water daily. For maximum results, combine RIPPED FREAK® with a healthy diet and a hardcore training program.
WARNINGS: DO NOT EXCEED 2 CAPSULES IN A 24-HOUR PERIOD AND DO NOT TAKE WITHIN 6 HOURS BEFORE BEDTIME. Not for use by those who are sensitive to stimulants, such as caffeine. Use at your own risk. KEEP OUT OF REACH OF CHILDREN. Consult a physician before using this product if you have a medical condition, if you require surgery, or if you are taking prescription or over-the-counter medication. Not intended for persons under 18 years of age. Do not use if you are pregnant or nursing. One serving of this product (1 capsule) contains about as much caffeine as three 8-ounce cups of coffee and should not be taken by individuals wishing to eliminate caffeine from their diet. Do not use with caffeine-containing medications, foods and beverages, because too much caffeine may cause nervousness, irritability, sleeplessness, and, occasionally, rapid heartbeat.
Do not use if the inner safety seal on this package has been broken. Store in a cool, dry place.

§ Standardized for 50% EGCG and Supplying: 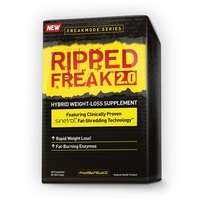 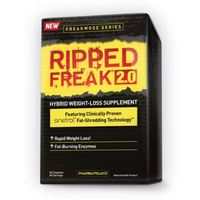 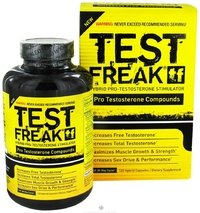 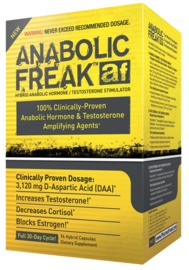 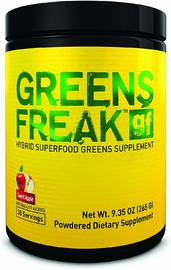 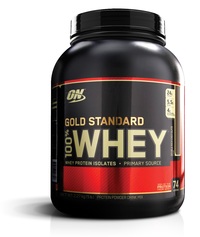 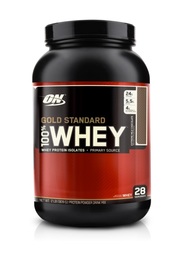 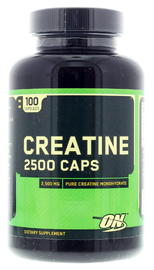 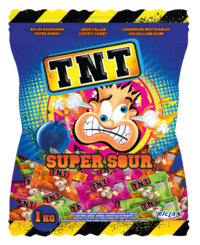