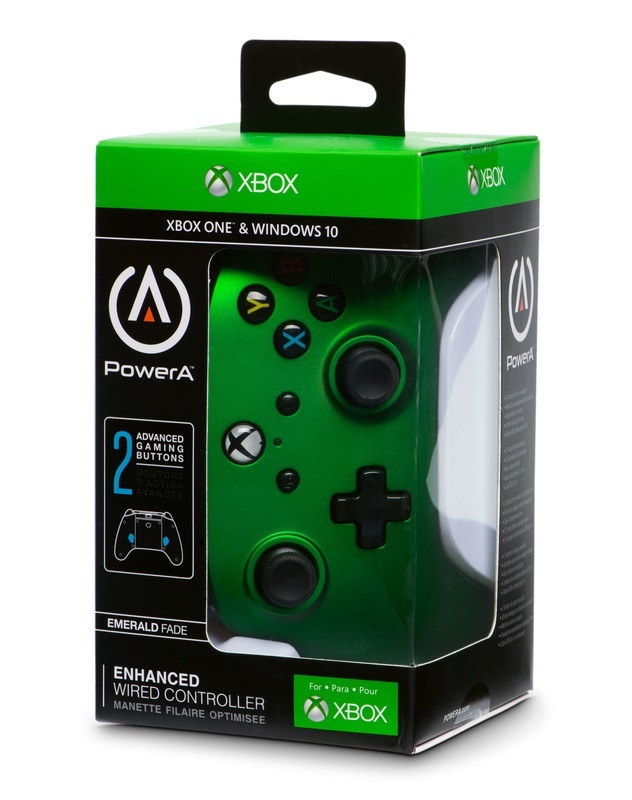 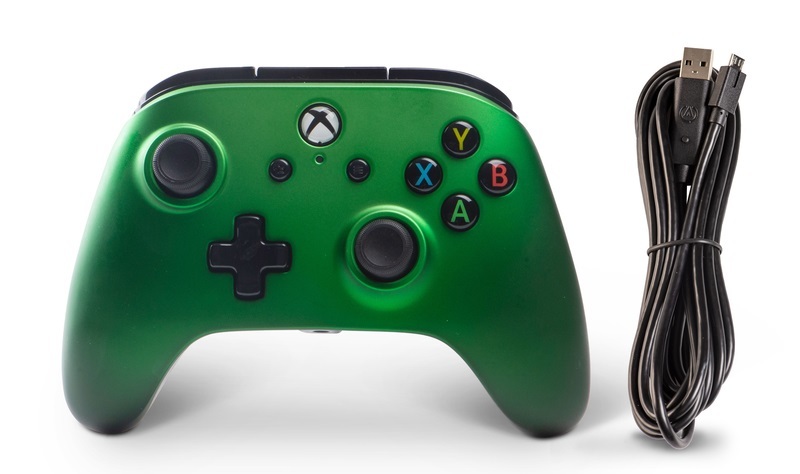 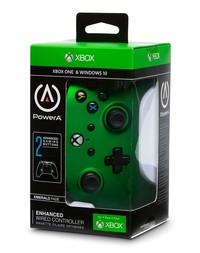 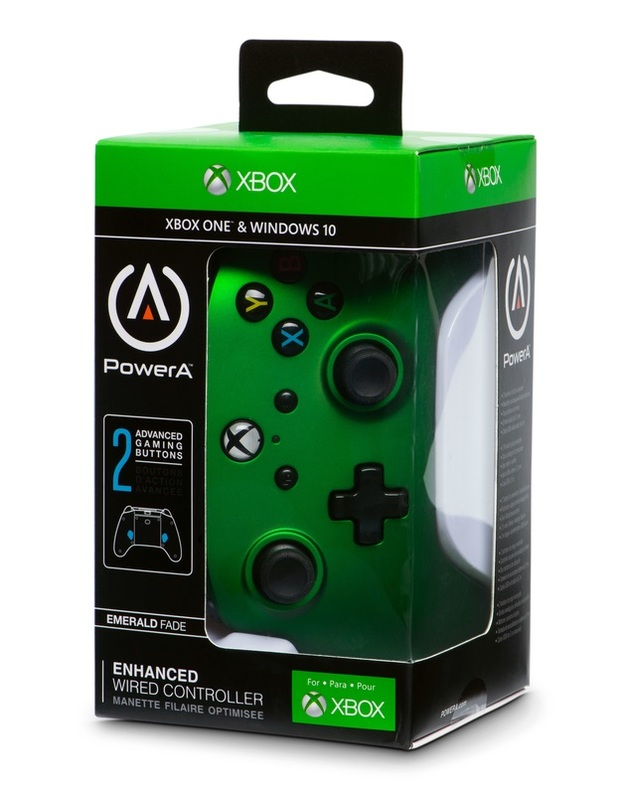 The officially licensed PowerA Enhanced Wired Controller for Xbox One will immediately feel familiar in your hands and features two Advanced Gaming Buttons on back to enhance your gameplay.

Advanced Gaming Buttons:
If your fingers and thumbs are busy with actions that you don’t want to release, you can now map additional actions to 2 buttons on the back of the controller to gain a competitive advantage. There is no app or Dash interaction required – simply press the program button ① followed by the button you wish to map ②, then select either AGR or AGL ③ to complete the process in less than 5 seconds. This allows for quick on-the-fly button mapping between matches, or as you change characters in your favourite game.