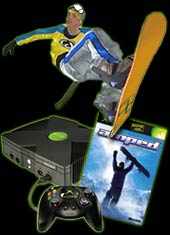 Due to COVID-19, we're unable to accept orders for non-essentials items at this time. Learn more...
NOTE: This special bundle offer is available only for a limited time.