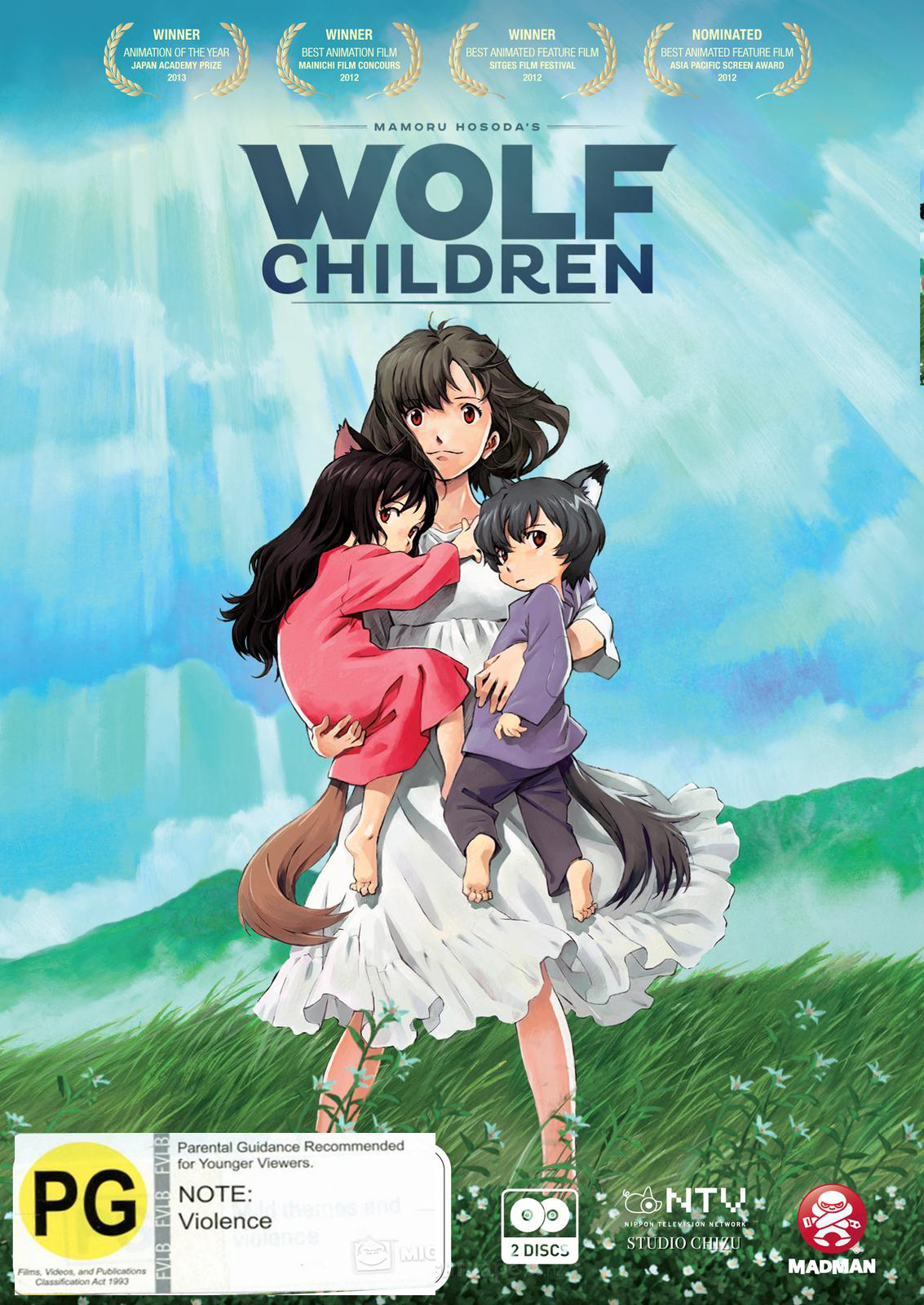 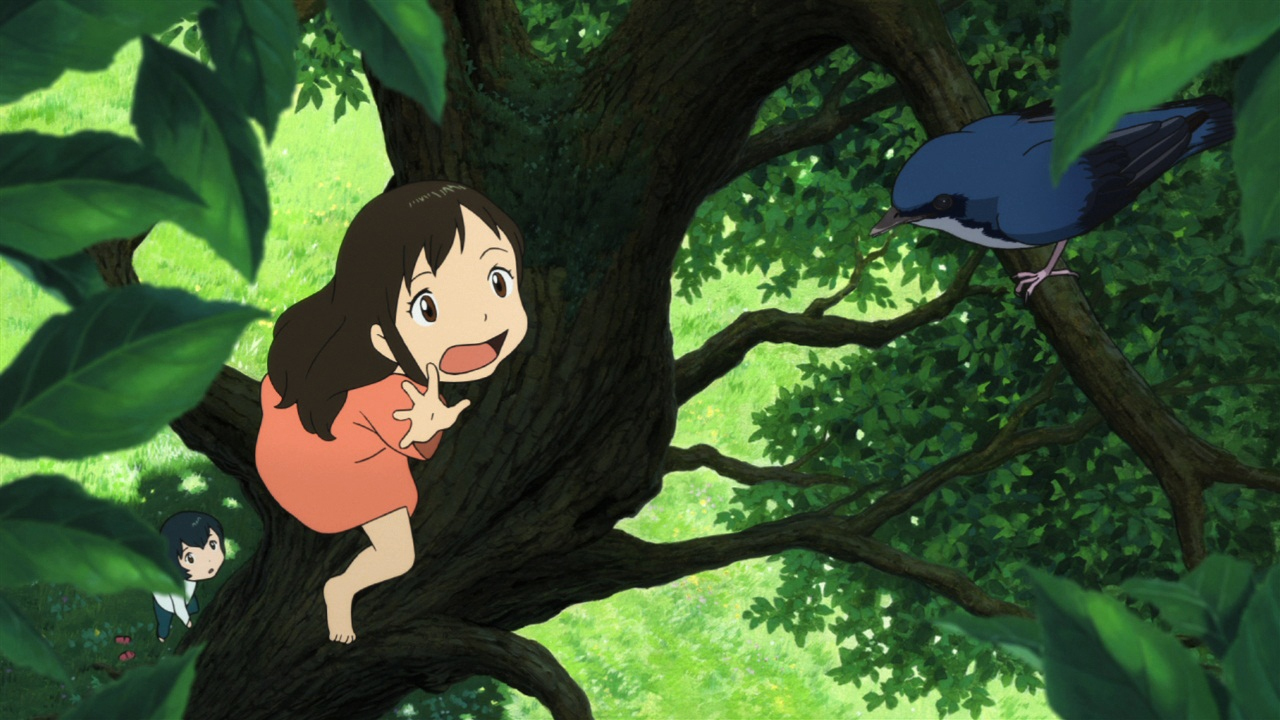 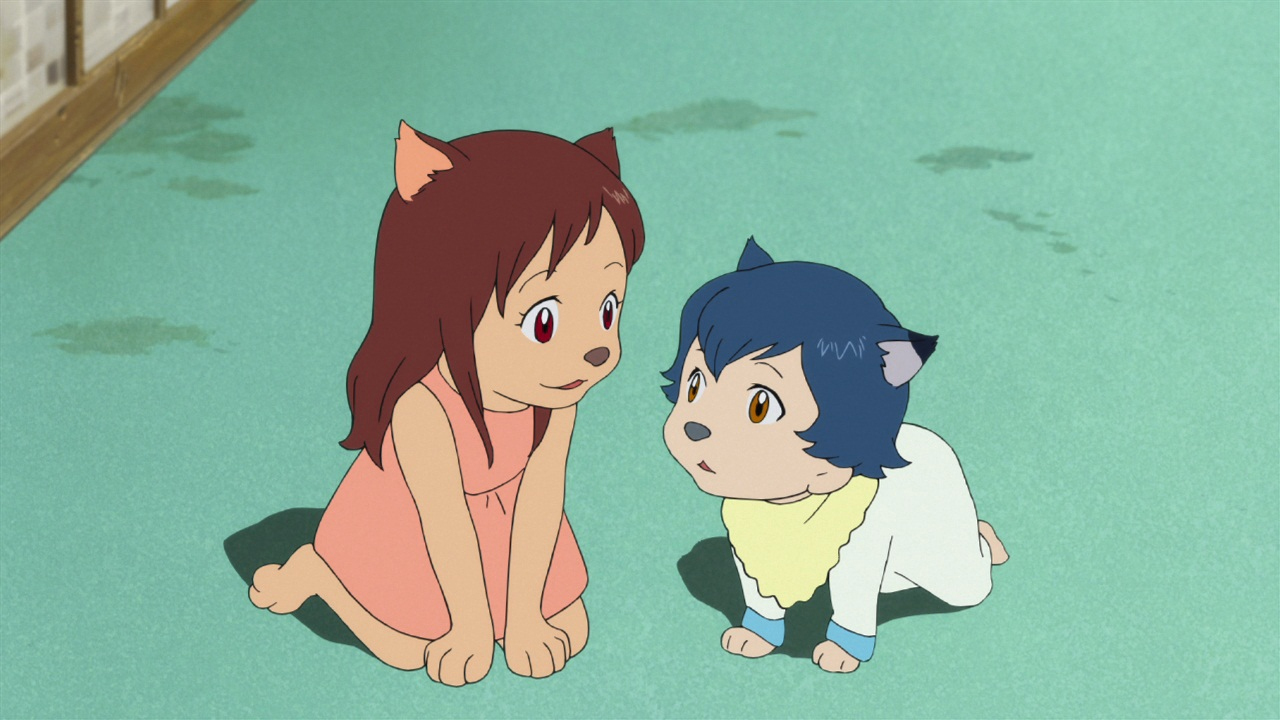 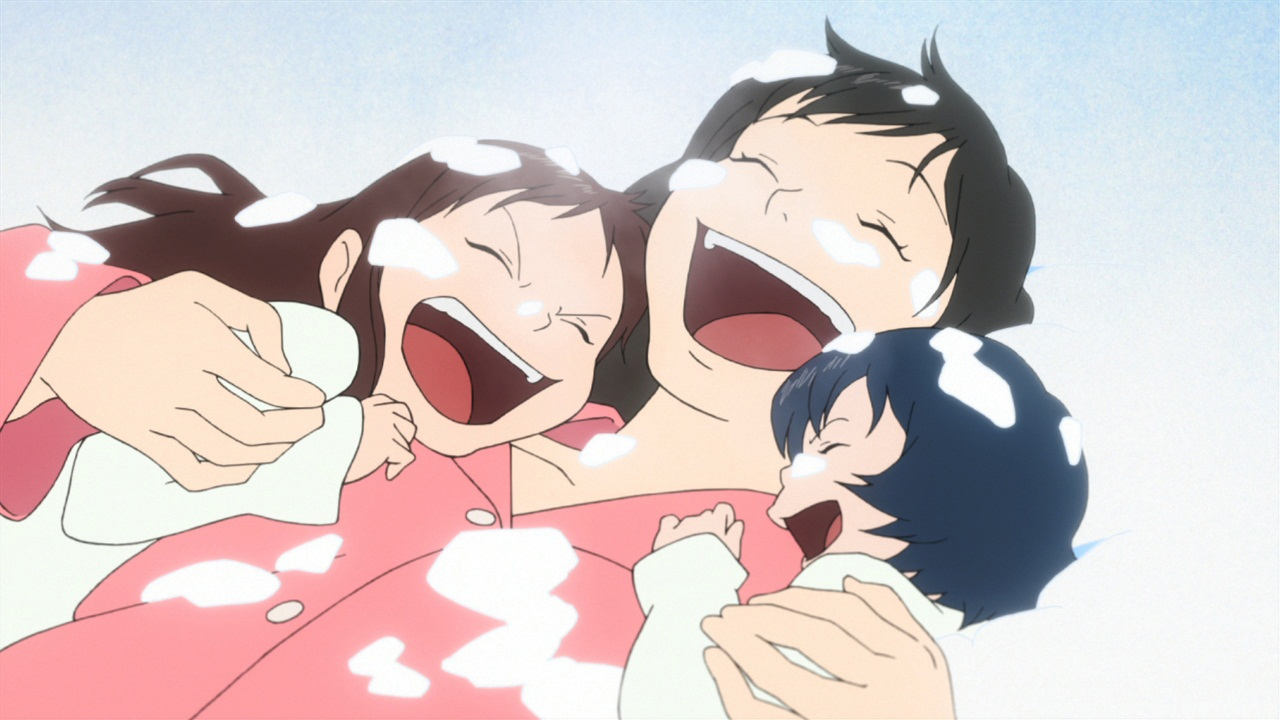 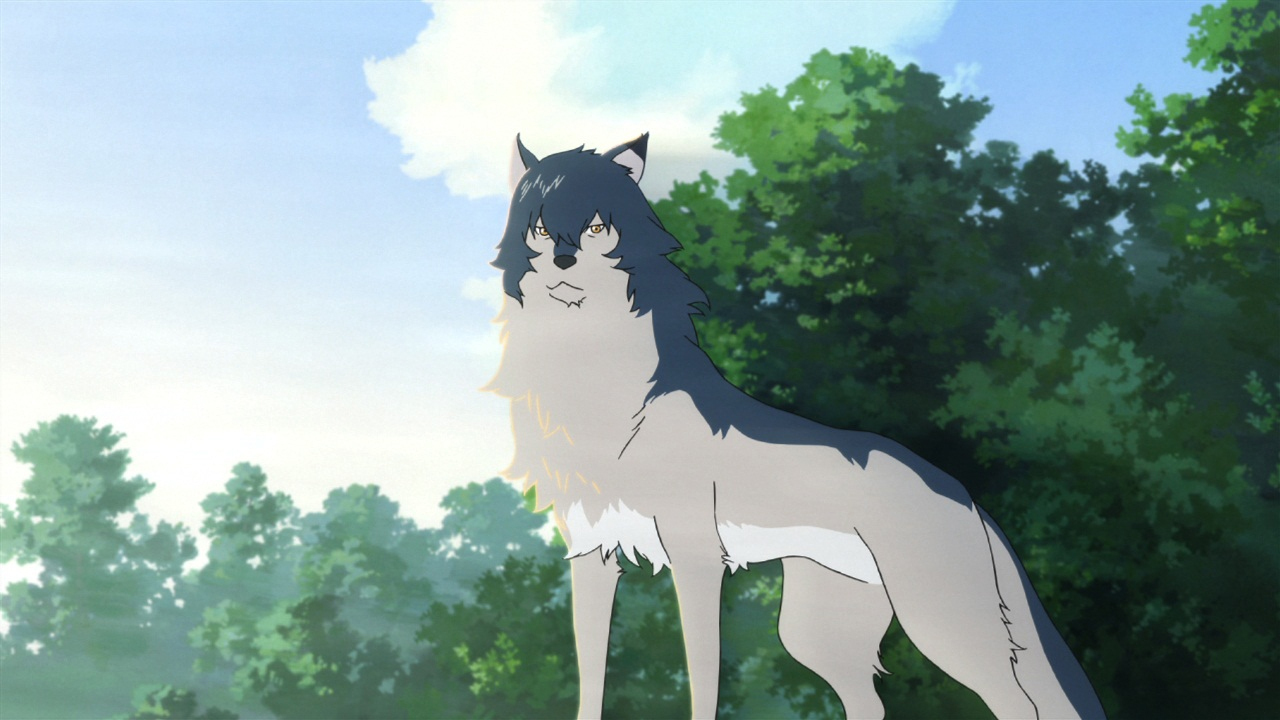 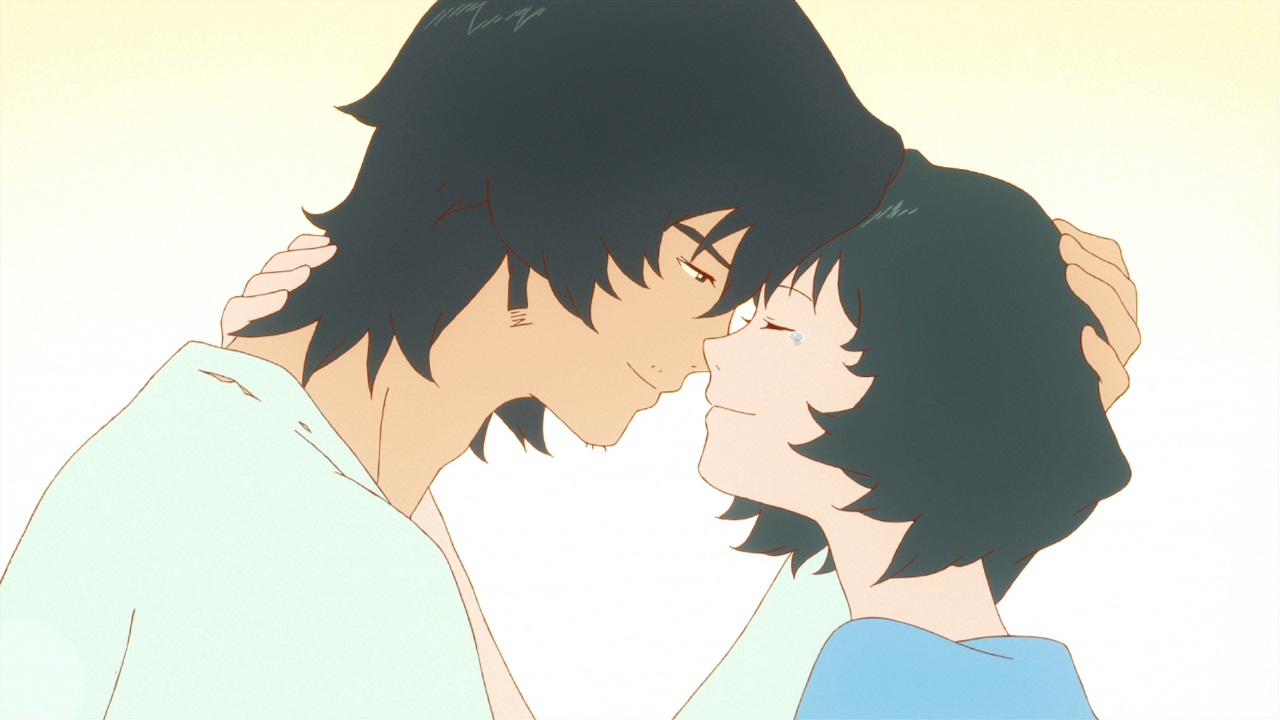 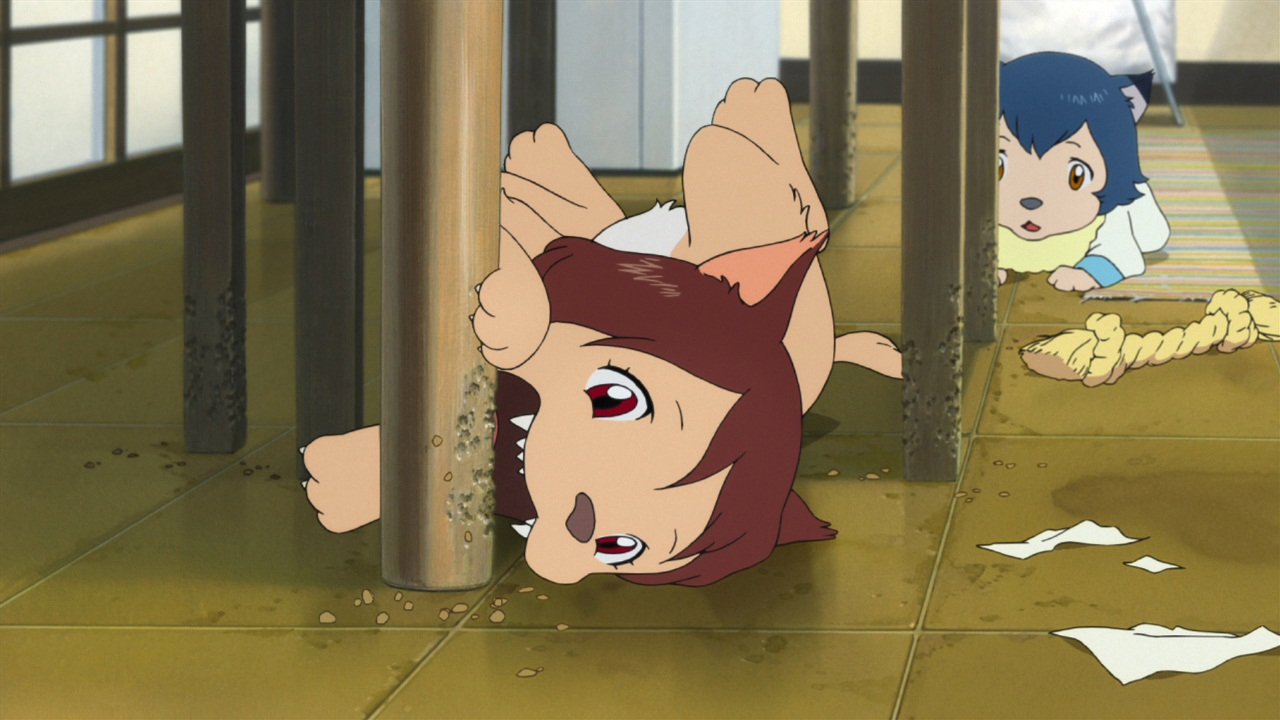 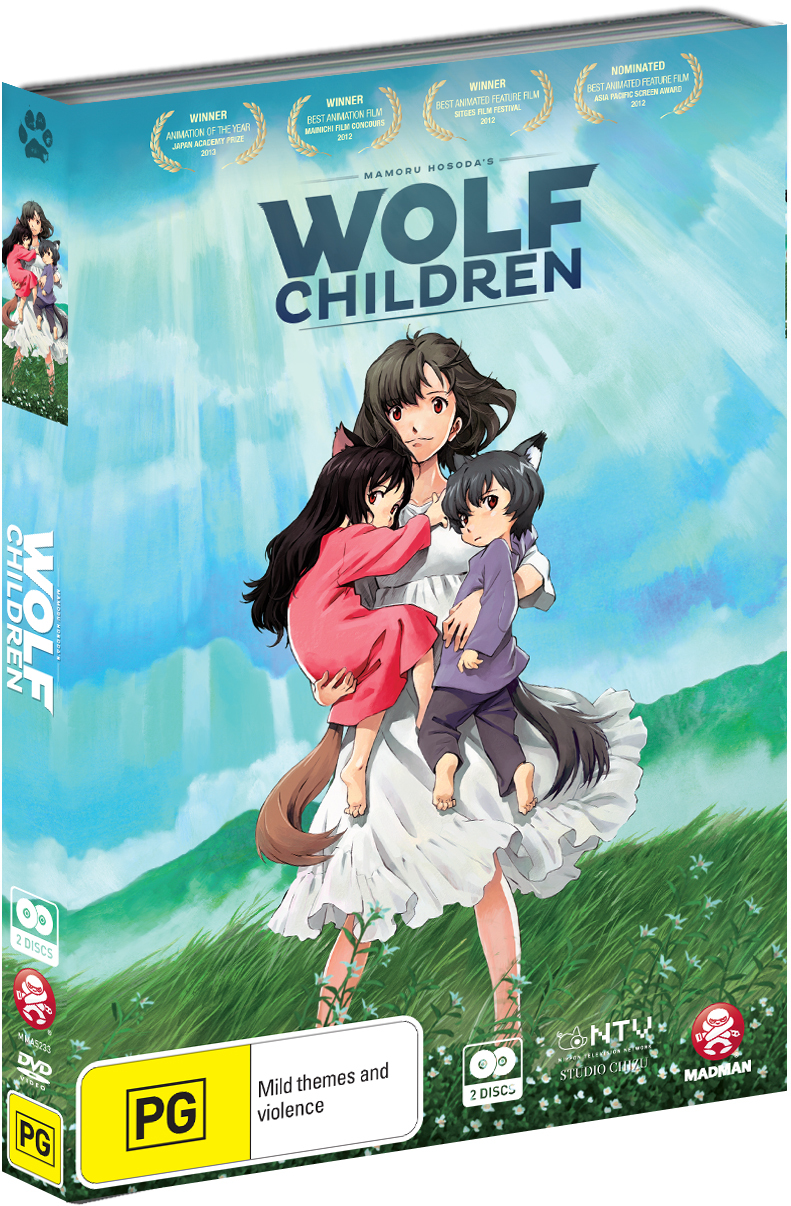 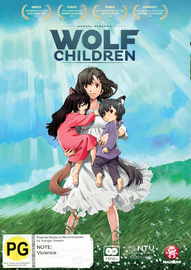 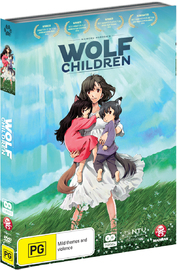 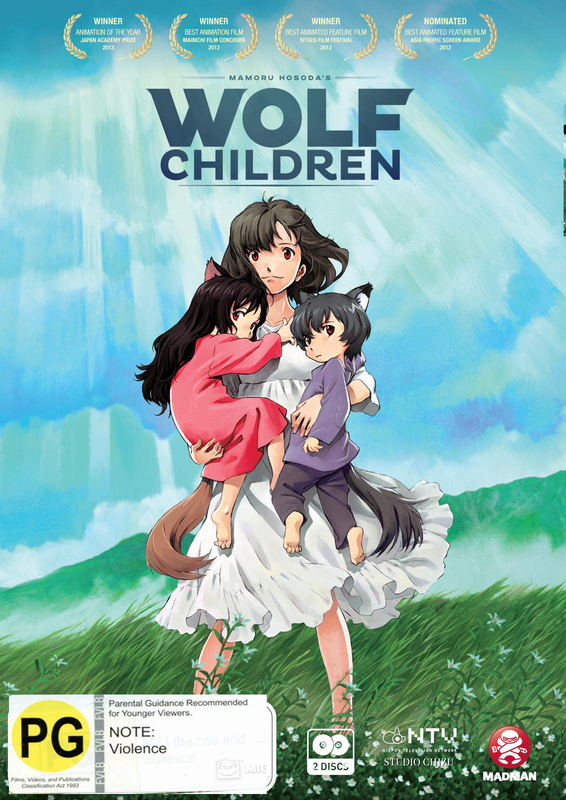 I love love love this movie soooooo much it's soo cute, sometimes a little sad but overall a really awesome movie!

I have been a big fan of Studio Ghibli films for many years now, but decided to branch out a little with this one as after watching the trailer I was intrigued by the story and loved the style of animation used. If you are looking for a happy, sweet ending story this may not be quite the film for you. But if you appreciate animation with a dose of ‘almost reality’ thrown in then this is right for you! I really enjoyed the unexpected turns this film took, which make you think a bit about how you might react or manage if you had wolf children. A lovely film that makes you think about how being different is a choice that only you can make. :)

Half Human, Half Wolf, All Heart.

Hana was a student before she was a mother. She was bright and pretty, and her future held endless possibilities. Then she met a man, who turned out to be a wolf, and together they built a family. Hana loved her mate fiercely, but fate took him from her, leaving her alone with two unusual kids she didn't know how to raise. Frightened of being discovered, Hana and her wolf children fled to the countryside to build a new life.

Raising her little wild things was an adventure. It left Hana bruised, scratched, exhausted, and joyously overwhelmed as her pups grew stronger and wandered further every day. This is a mother's journey. Teach your children to chase their dreams – and smile through the tears as they disappear into the world in search of who they will become. Hana wasn't always a mother, but it was always what she was meant to be.

The movie is hauntingly romantic at heart, in the best spirit of a Gothic fairytale, but without the harsh shadows or hard edges. The Telegraph
Tim Robey

It's a fairytale in a real-life setting, photorealistically drawn in shifting light that rivals Monet or GTA5. Chris Michael Guardian [UK]

Comments: Impeccable care for dvd that still appears brand new, all discs plays flawlessly without the need of repair or resurfacing. 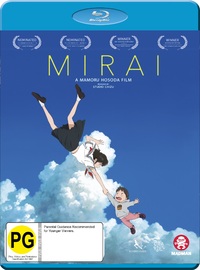 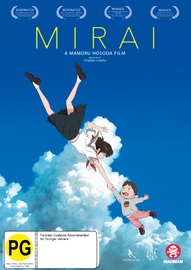 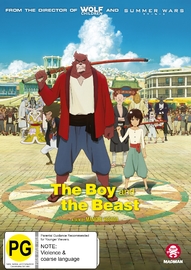 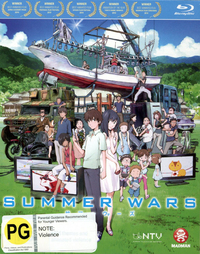 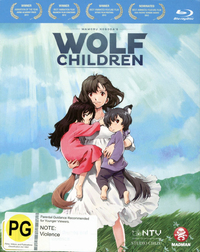