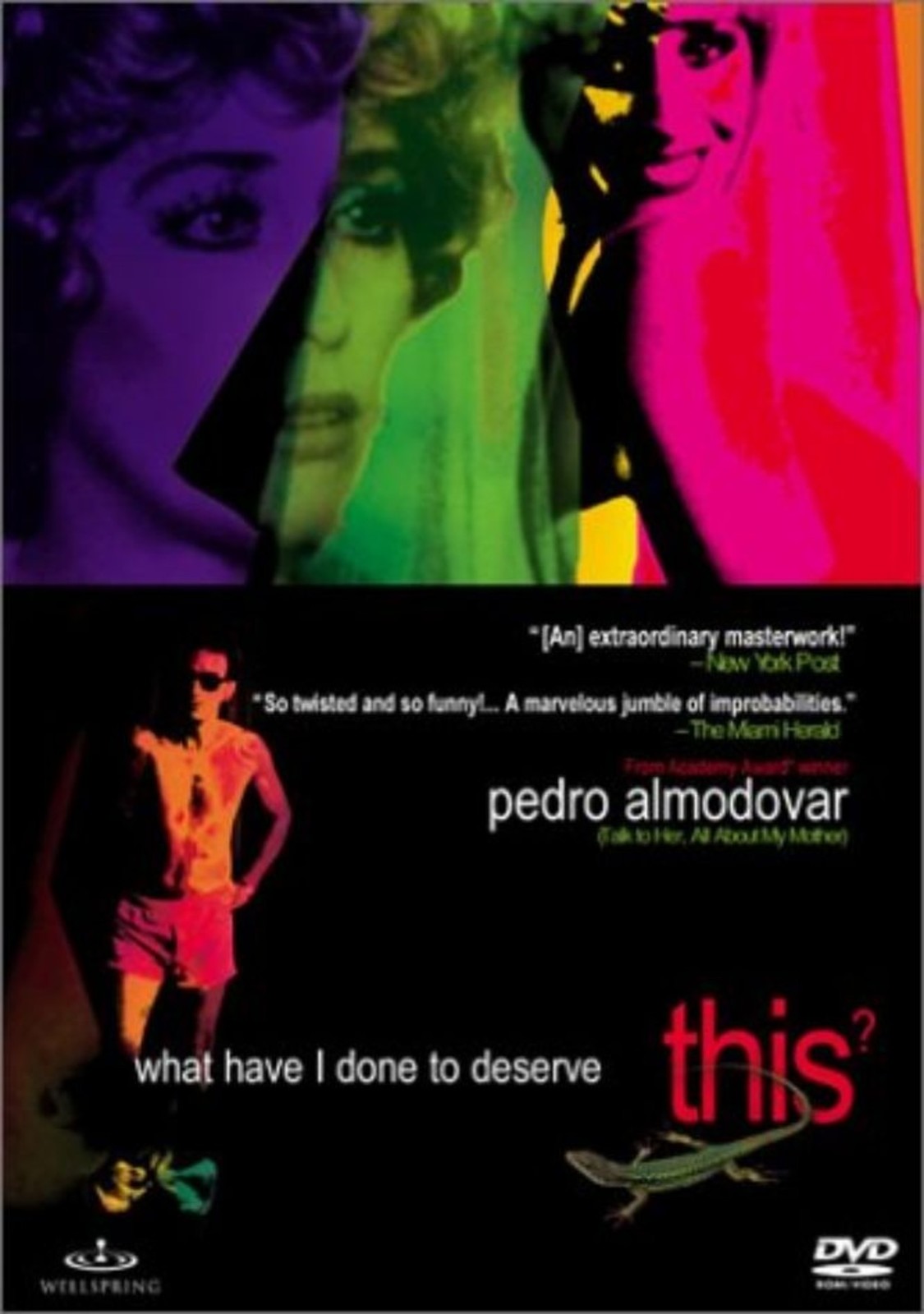 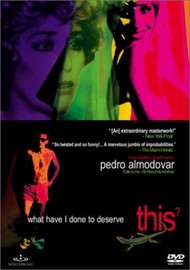 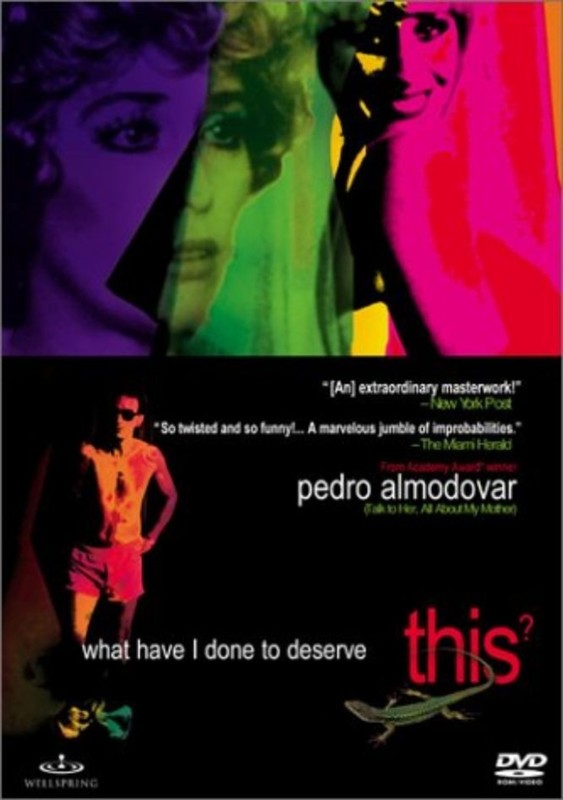 What Have I Done To Deserve This?

Gloria (Carmen Maura) tries to hold her insane Madrid family together in this hilariously deadpan working-class comedy from Pedro Almodovar. Sharing their cramped tenement apartment is Gloria's husband (Luis Hostalot), an abusive cabdriver who forges letters from Hitler; her heroin-dealing son; a younger son who likes to sleep with older men; an eccentric grandmother (Chus Lampreave); and a pet lizard named Dinero.

Gloria works several cleaning jobs to try to make ends meet and sniffs cleaning products for relief from the stress, as she gets no thanks from her nagging husband, who eventually drives her to murder. Luckily she has a friend in next-door neighbor Cristal (Veronica Forque), a bubbly prostitute who seduces the cop on the case. There's also a girl upstairs who helps Gloria with her housework via telekinesis. This all works sublimely well thanks to both an inspired cast who plays everything completely straight and dialogue that spills over with dry wit and keen observation. Almodovar scored one of his first international hits with this outrageous, irreverent, and touching film. He also appears in a brief cameo as a TV opera star.