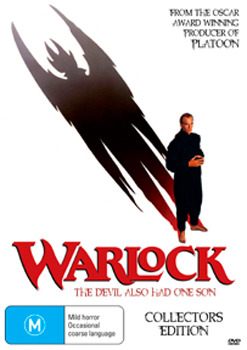 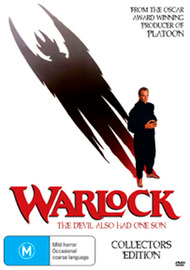 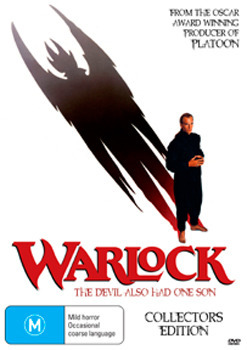 I haven't seen this movie since I was a kid but I had always remembered it well and then I spotted it on Mighty Ape so I ordered it. If you like a bit of horror and the idea of evil warlocks then this movie is for you. Even though it was made a good while ago it is still a great watch so I recommend giving it a go.

Absolutely superb a real classic been waiting for this dvd to enter the new zealand market…still a great story of devilry!!

Starring infamous scary man, Julian Sands. A 17th Century warlock escapes the gallows and is transported along with the witch hunter who brought him to trial (Richard E. Grant) 300 years into the future. Running loose in contemporary Los Angeles, Sands's super­natural monster sets about reuniting the scattered portions of a Devil's Book that will reveal the true name of God and thus destroy mankind.

From the Producer of PLATOON