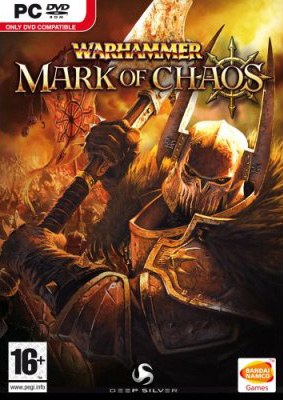 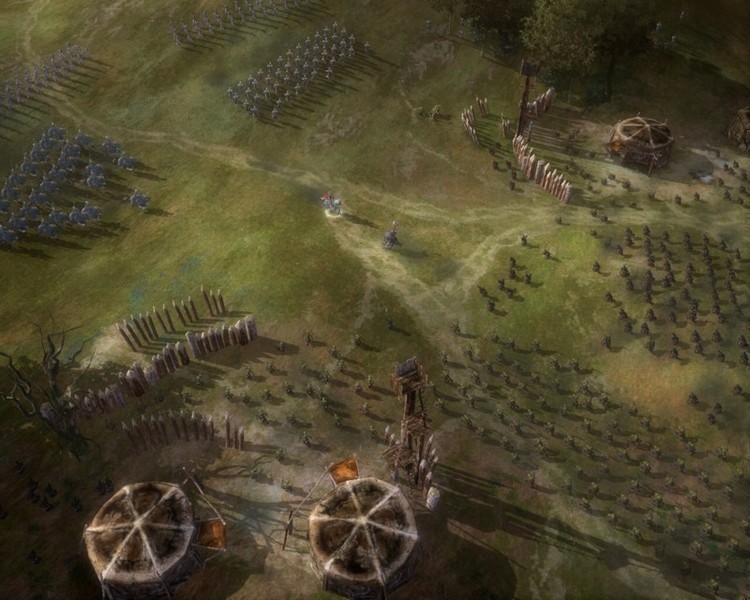 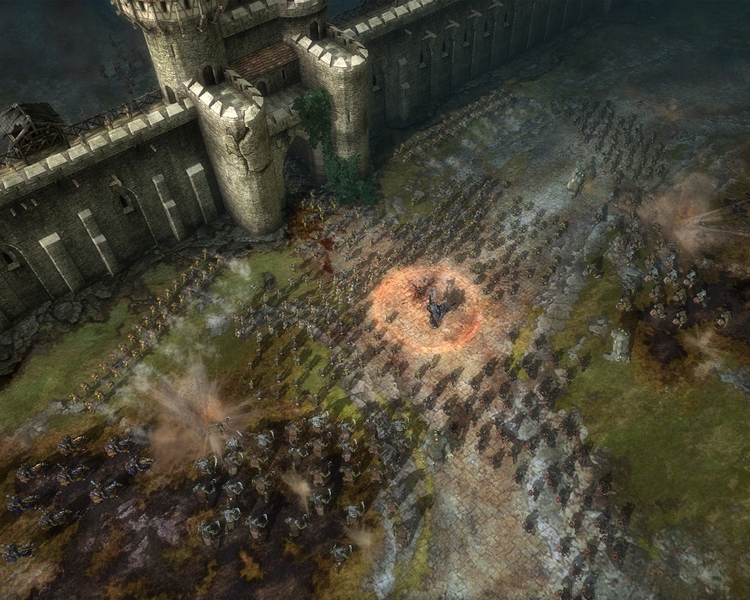 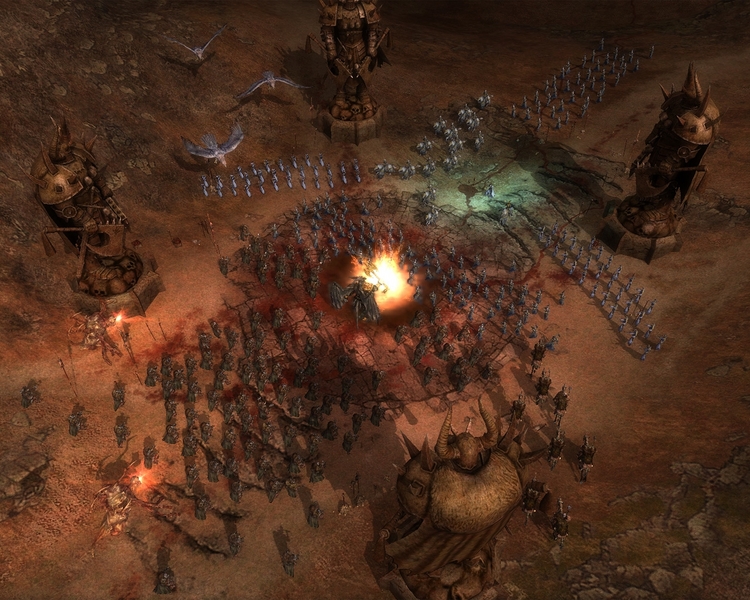 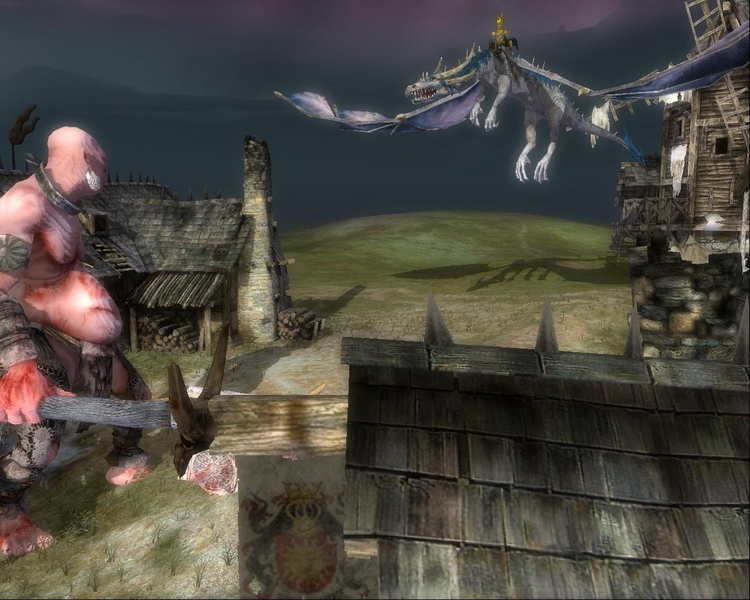 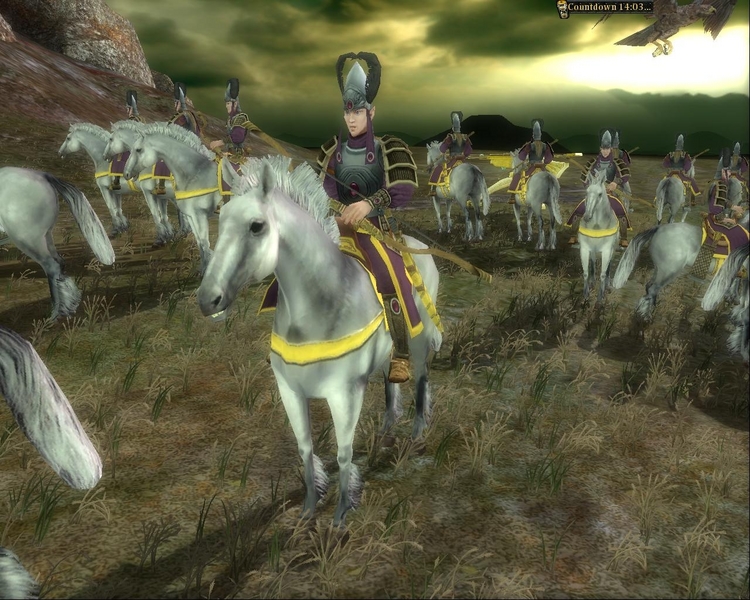 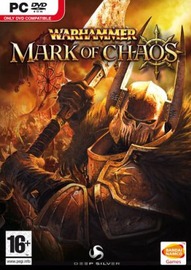 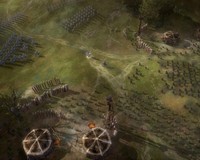 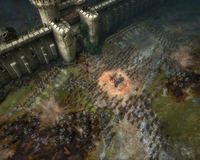 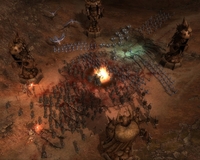 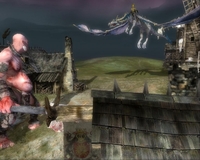 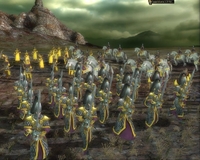 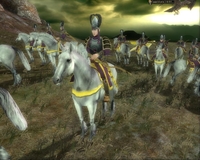 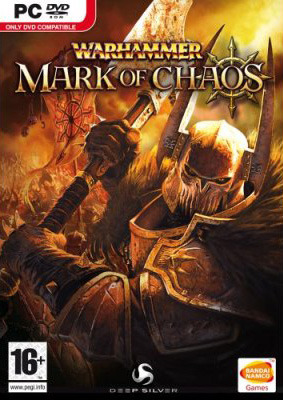 Warhammer Mark of Chaos is certainly a great real time strategy game. The graphics are top notch, the armies are large and varied and if you are a Warhammer fan you will certainly recognise the units, story and forces available. The initial release was quite buggy, there is now a version 1.6 patch available (at just over 300MB) which from all appearances has fixed the majority of issues. It is also mentioned that a 1.7 patch will be released shortly, which while disappointing that the game was released in this state, it does show a good level of support for the product. The single player campaigns are quite linear, but of considerable length and with the option to play either the good or evil campaigns theres certainly a good amount of longevity there. The multi-player options are somewhat more limited, while there are some quite interesting varients (siege and reinforcement maps for example) there does seem to be a very limited amount of maps to choose from (only 1 4 player normal battle map). The armies available are Empire, High Elves, Chaos and Skaven, with incomplete ally forces of Orcs and Dwarves. One of the most impressive featrues is the army design where your armies composition, specil units, colour, and even individual persons clothes can be edited, saved and played online. The game is screaming out for expansion packs, there are so many other Warhammer armies which can be added, additional maps and even more units for the existing forces.

If you are looking for a great single player rts or are a Warhammer fan you shouldn't be disappointed (once patched), if you are after a multiplayer experience then you may want to hold off until map packs and expansions expand that aspect of it.

Whether you are a Warhammer fan or just love computer games you will really enjoy this game! Great starting movie, amazing graphics and four different races to control makes this a thoroughly enjoyable game that is strangely addictive.

Over a year has passed since the Great War, during which the brutal Chaos armies swept across the Empire lands. Many fierce battles still rage across the Old World. Portions of the defeated Chaos armies have retreated to the distant Northern Wastes, while others have fallen to hostile groups. Among these tribes, new Champions rise up in an effort to reunite the Chaos forces, yet eventually all fail. None can match the power of their fallen leader, Asavar Kul.

The united Empire and High Elf forces hunt the Chaos hordes from the Empire territories, still alert because danger lurks around them in the form of smaller enemy warbands that loot the settlements of the border lands. Now, four fully playable powerful armies - Empire, Chaos, Skaven and High Elves - as well as additional controllable races (Orcs, Dwarfs, Vampires, and Goblins), clash amidst breathtaking scenery in an epic battle for land and power.