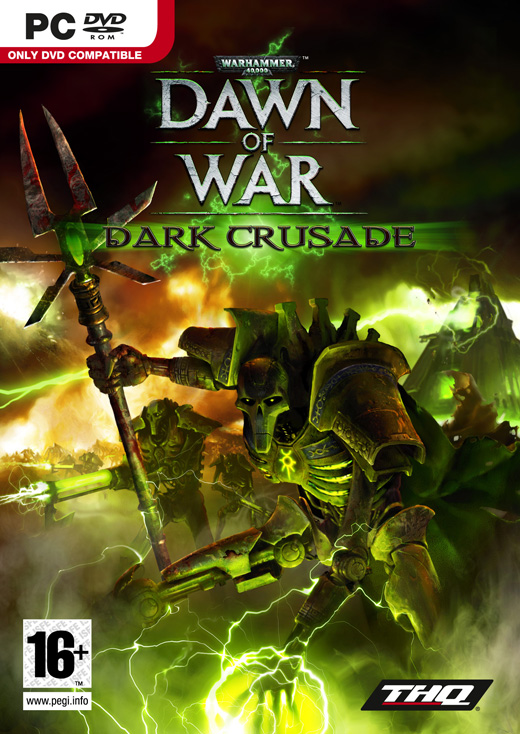 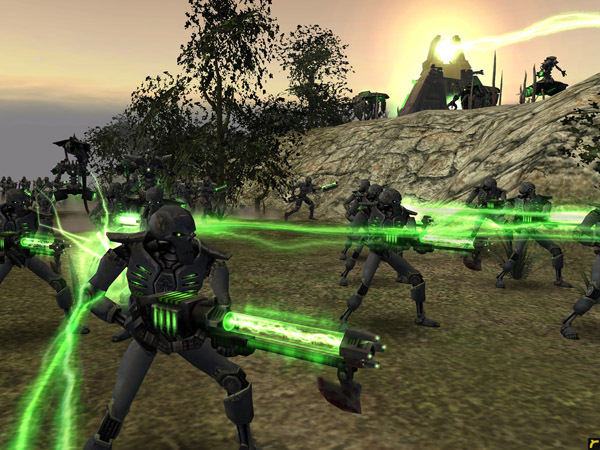 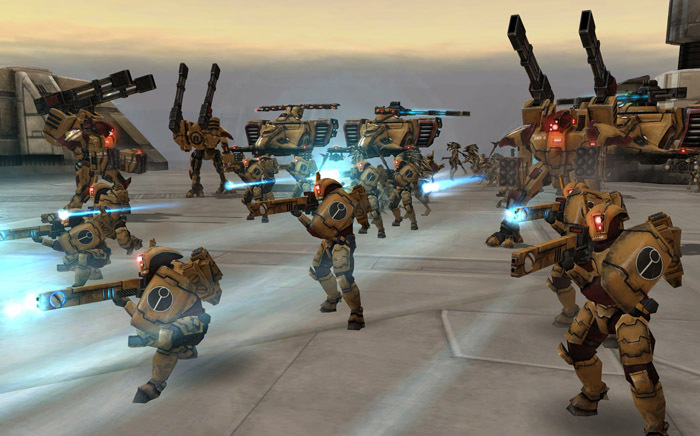 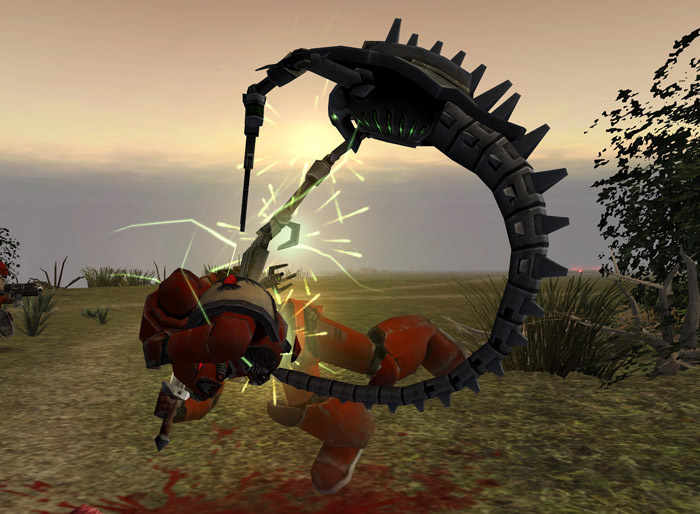 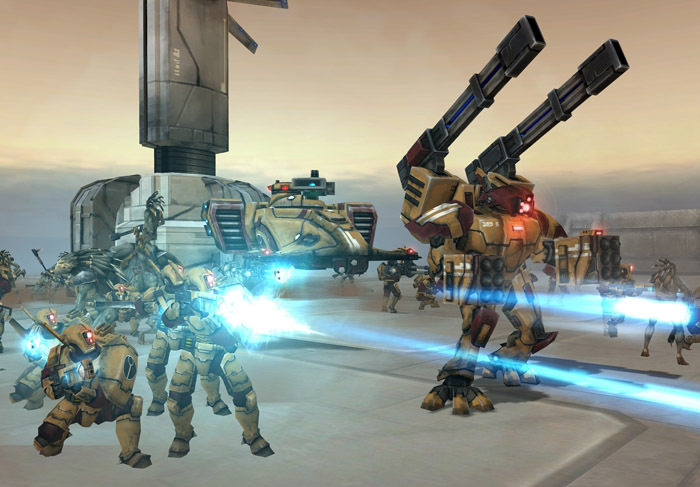 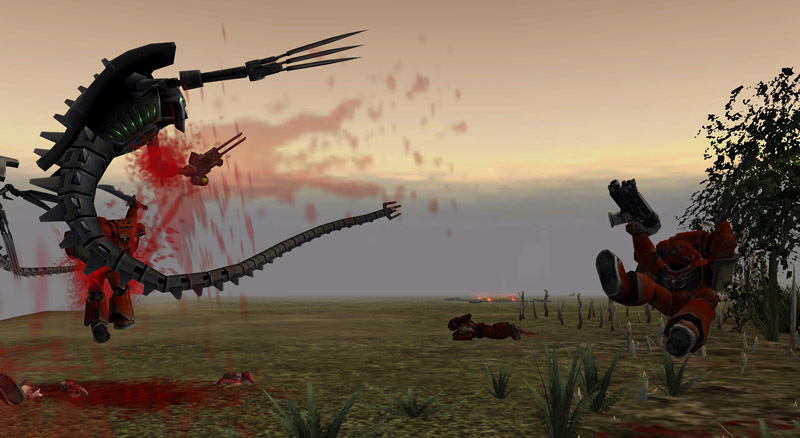 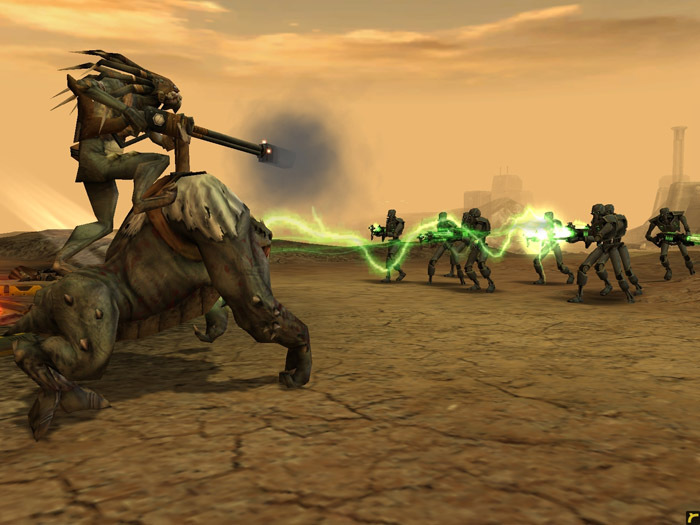 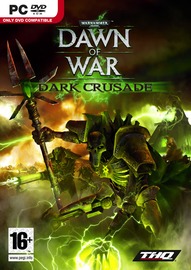 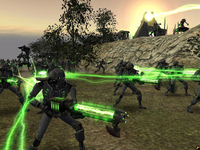 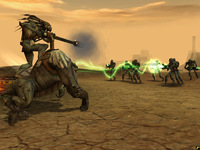 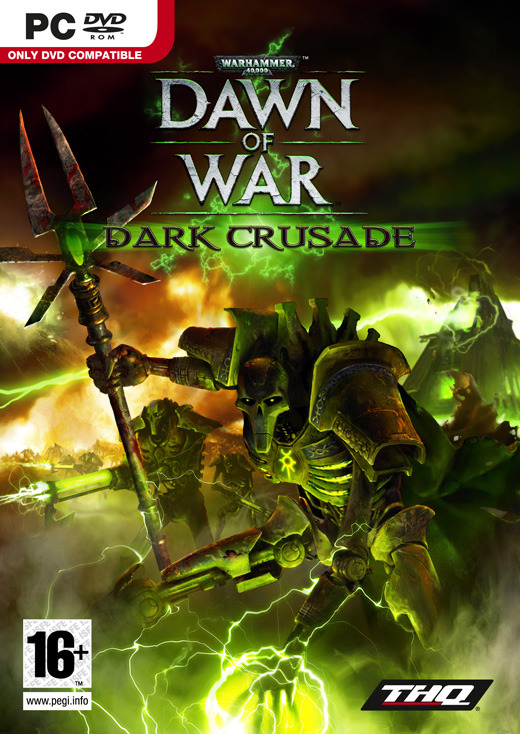 I bought Dawn of War Dark Crusade 1 week ago and I have been playing it every chance I get. This is an awsome game that has anouther Dawn of War style campaign where you conquer the world or Kronos. You can play as any of the previous races or one of the new ones – The invincible Necrons that rise up from the sands to reclaim their old world or as the alian Empire of the Tau fighting to claim Kronos as their own and wipe all other life from it. Dawn of War Dark Crusade has excellent graphics and of cource the blood and gore that scars the battlefield. With many maps to choose from the skirmish mode is great fun for those who have won their campaign and taken Kronos or for those who find the campaign to hard or who just would like to choose their own battleground and enemy for a change. You can fight in many places, from the bombed cities of the old empire or to the forgotten swamp lands or freezing snow, with up to eight players able to play it will never get old. As for multiplayer I don't realy enjoy this in any game but I must say that Dawn of War has changed that for me and I now enjoy pitting myself against other people to test my stratagies on those who can think instead of the CPU. All in all I love this game and will continue to play it and I recomend that all who love RTS buy this game and enjoy it as much as myself.

Early game it does appear like skirmish – but as the sides build up forces you will start with bigger armies from the get go.

There are about 6–7 “unique” territories which have a simple special win trigger e.g. collect all the servitors scattered around the map.

Finally each enemy stronghold plays out like a proper mission with multiple objectives etc.

It's reasonably enjoyable, although replayability value isn't huge, because the campaign will be very similar regardless of which race you place.

The added random elements flowing from which territories you target first and so on change things up but not really enough to make a difference.

All in all its not too bad, but only if you like the universe and visuals to begin with – gameplay wise its not really interesting enough to challenge.

Based on first impressions it seems it's just a series of skirmish maps linked into a loose, non linear “campaign”. If you just want to play skirmish battles one after the other that's fine, because that seems to be the game, basically. No story or anything. That's it. And the maps are very bland. The only two battles that I could be bothered with were like playing on a football field, with a few trees and craters here and there.

I didn't get very far into the turn based, campaign side of the game but it seems very simplistic. Nothing like Total War or anything where you construct buildings and things, and strategically move armies about. You just move your commander from one province to the next, and each move into hostile territory initiates a skirmish match, then you move on until you take them all.

0 out of 1 people found this review helpful.
Deep under the central desert of Kronus, a vast honeycomb of skull-lined tunnels and funereal chambers house the awakening mass of the Necron plague. Eons ago, these were the boulevards and squares of a great necropolis built to house the bones of the races who had fallen to the Necron purge, and ultimately for the Necron themselves to retire to. Over the millions of years, sand and rock had covered it all until ill-fated excavations awoke the deathless again.

Play any of seven races, striving for control over Kronus. Take other races’ strongholds by winning challenging battles on various maps individually associated with the respective Strongholds.