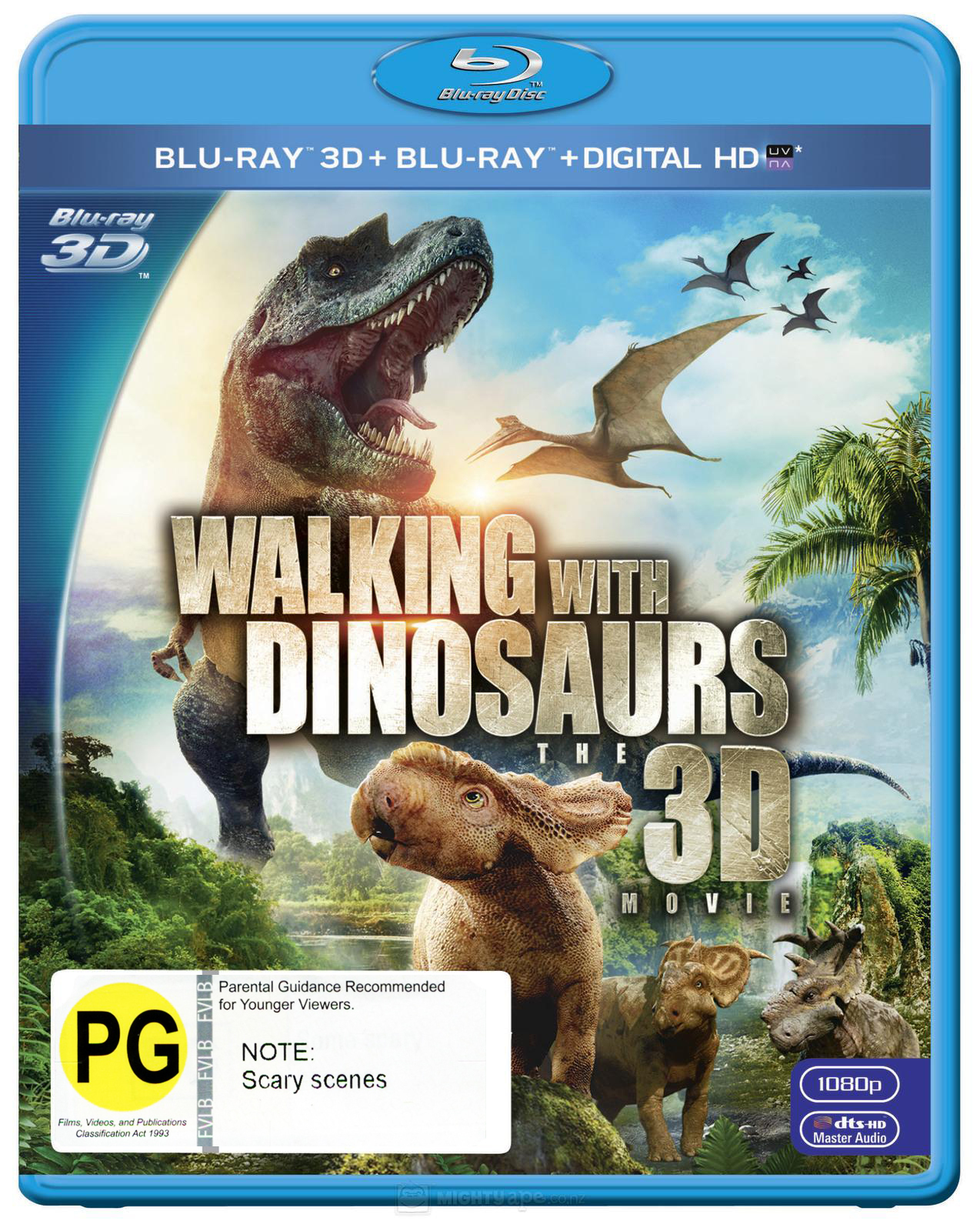 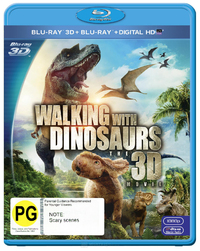 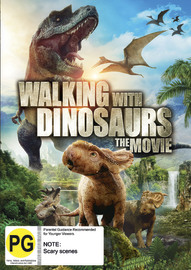 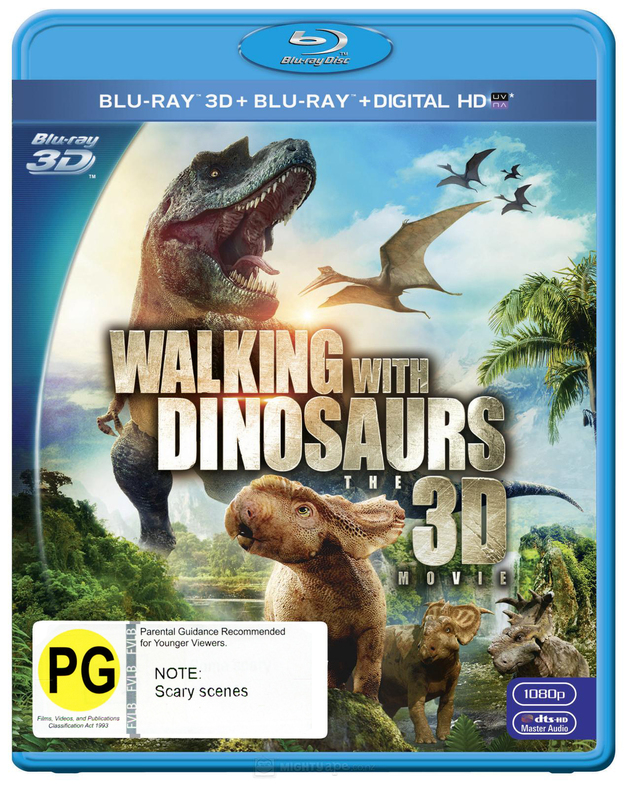 My 3 year old, dinosaur mad, grandson loved this dvd, it held his attention throughout the movie.

Only downside is that I now realize how little I know about dinosaurs, being told on more than one occasion that I'd given the wrong name for a particular type of dinosaur…d'oh!!!

Walking with Dinosaurs is a 2013 family film about dinosaurs in the Late Cretaceous period 70 million years ago, available on Blu-ray 3D. The production features computer-animated dinosaurs in live-action settings with actors John Leguizamo, Justin Long, Tiya Sircar, and Skyler Stone providing voiceovers for the main characters. It was directed by Neil Nightingale and Barry Cook from a screenplay by John Collee.

For the first time in movie history, audiences will truly see and feel what it was like when dinosaurs ruled the Earth. Walking with Dinosaurs: The Movie is the ultimate immersive, big-screen, 3-D experience. Recent discoveries and a breakthrough in technology will introduce new and unique dinosaurs that are more real than ever before and put moviegoers in the middle of a thrilling prehistoric adventure, where an underdog dinosaur triumphs against all odds to become a hero for the ages.

“Educational content, clever and photorealistic dinosaur CGI, and John Leguizamo voicing a prehistoric bird. What else would one need for a fun movie stew?” Film.com

““Walking” takes care to ID each new dinosaur species introduced, including factoids about what they ate and any special skills they might have had. It’s downright educational. Just don’t tell your kids that.” Movie Nation

“Directors Neil Nightingale and Barry Cook have created a gorgeous visual feast, with computer animation that is superimposed on real-life settings, giving Walking with Dinosaurs a unique look of reality.” Canada.com