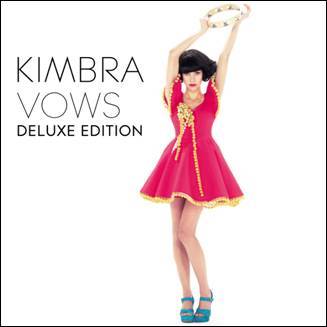 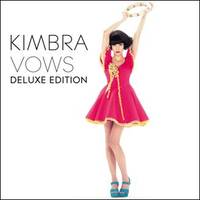 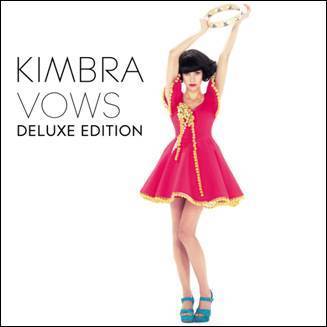 A true gem of a album.

VOWS, the debut album from Kimbra, has already been certified GOLD in New Zealand and PLATINUM in Australia and now the 22-year-old girl from Hamilton is set to release VOWS in the United States on May 22.

To celebrate the success of our biggest Kiwi export, a deluxe edition of VOWS will be available for sale in New Zealand from May 11.

VOWS (DELUXE EDITION) is a special 2-disc album featuring the standard album on the first disc and six brand new tracks on disc two, including the new hit single ‘Warrior’ which is swiftly climbing the radio airplay chart.

Last year, Kimbra was a recipient of the New Zealand Critics' Choice Award 2011 as well as ‘Best Female Artist’ at the 2011 ARIAs. Her collaboration with Australian artist Gotye on the single ‘Somebody That I Used To Know’ has seen her top the chart in 18 countries, including New Zealand, Australia, UK, Germany, Belgium, the Netherlands and most recently the United States.

(Earlier biography)
Spending her early years gigging around her native New Zealand, it was only once Kimbra borrowed a small eight-track recorder from her school’s music department that her song writing blossomed in earnest. This new tool opened up a new perspective, leading to a flurry of tracks that featured her signature layered vocals, including the inkling that became single ‘Settle Down’. Discovered at the tender age of 17, Kimbra relocated to Melbourne to follow her musical path.

Kimbra’s debut record Vows, three and-a-half years in the making, charts not only her growth and development musically over this time, but personally as well. Recorded and arranged at home as well as in various studios, it presents her unique worldview on life and love. Even at twenty-one years of age, Kimbra already possesses the maturity and musical sophistication of the mavericks she is so often compared to – from vocal legends Nina Simone and Jeff Buckley, to radicals the likes of Prince, and contemporary artists such as Björk and Janelle Monaé.

Kimbra self-produced Vows alongside Australian Urban export M-Phazes (Amerie, Pharoahe Monch) and the refined skills of François Tétaz (Bertie Blackman, Gotye); whose focus on imagery taught her to treat the album like a film.