This product will be released on 12th September, 2023

The follow-up to From Crook to Cook, this next-level cookbook is all about cooking for a crowd and bringing together memorable meals for any occasion, with 65+ recipes from rappers Snoop Dogg and E-40. Following the breakout success of his first cookbook, From Crook to Cook, Snoop Dogg returns with this new collection of recipes in collaboration with his friend and iconic Bay Area rapper E-40. Drawing inspiration from both rappers' musical catalog, Snoop's VH1 show with Martha, and E-40's Filipino food business, Lumpia, here are 65+ crowd-pleasing dishes that range from drinks to main courses to desserts. Also included are suggested menus for celeb-worthy events ranging from Super Bowl Sunday to Father's Day Feast, a 4/20 Potluck, and a Summertime Block Party. A number of Snoop and E-40's well-known industry pals appear in recipe headnotes and in sidebar stories about their most epic dinner parties and nights out. Seriously entertaining, this next-level cookbook is the follow-up that fans are waiting for. Packaged with a series look that gestures to From Crook to Cook but feels fresh with E-40's distinctive influence, this book will draw home cooks who love Snoop Dogg and E-40, as well as the 300,000 people who bought and loved From Crook to Cook and are eager for more recipes straight from these rappers themselves. SNOOP'S PLATFORM: Snoop is an integral part of our mainstream media and has been for over 20 years. With tens of millions of followers on Instagram, Facebook, Twitter, and YouTube, there are tens of millions of diehard Snoop fans out there. In addition to writing his first cookbook and starring in a cooking show with Martha Stewart, he also released a gospel album in 2018 (Bible of Love), wrote and starred in a semi-autobiographical musical (Redemption of a Dogg), started his cannabis lifestyle company (Merry Jane), and set a Guinness World Record. This man is BUSY and continues to stay relevant in the media. His first book has sold through the roof thanks to this massive platform. E-40'S PLATFORM: E-40 is a Bay Area rapper with 28 albums, a founding member of the group The Click, and the founder of Sick Wid It Records. His 2006 single Tell Me When to Go was one of the first singles to popularize ghost-riding and the hyphy movement on a national level. In addition to his prolific music career, he owns tequila, bourbon, and vodka companies, as well as Filipino food company, Lumpia. He has nearly 2 million followers on Instagram. PROVEN TRACK RECORD: FROM CROOK TO COOK (Oct 2018) sold 300,000 copies in its first 2 years on sale. The book's success can be chalked up to Snoop's irresistible persona and massive platform, but also his highly entertaining writing style and his accessible, tasty recipes. This book uses that same formula, but ups the ante with more crowd-pleasing recipes, more photography of Snoop at home and in the kitchen, and more stories from Snoop's celebrity friends. SNOOP & MARTHA'S TV SHOW IS AMAZING: The third season of Martha & Snoop's Potluck Dinner Party wrapped in February 2020. Through this appealing TV show, Snoop showed the world that he has serious cooking skills and entertaining chops. He collaborated with and learned a thing or two from the MVP of entertaining herself, and here in his second book, he shares all his secrets. Perfect for: Fans of Snoop Dogg; fans of E-40; the 300,000 people who bought From Crook to Cook in its first two years on sale; home cooks looking for easy, crowd-pleasing recipes or who enjoy entertaining; fans of Martha & Snoop's Potluck Dinner Party show; fans of Snoop's 19 Crimes wine or Indoggo gin; fans of E-40's liquor companies or of Lumpia; those looking for the perfect host/hostess or white elephant party gift: useful but humorous.

A cultural icon with platinum-winning albums (Doggy Style went 4x platinum and The Doggfather went 2x platinum), Snoop Dogg has been a beloved figure since he debuted in 1993. Originally a rapper/songwriter/producer, he has crossed over into celebrity pop culture, appearing in cult classic shows like The L Word, Entourage, Comedy Central Roasts, and developing and producing his own movies and TV shows, including Oscar-winning Training Day and Vh1's Martha & Snoop's Potluck Dinner Party. An active entrepreneur, Snoop Dogg launched a cannabis-focused venture capital fund, Casa Verde Capital, as well as his cannabis lifestyle brand, Merry Jane, in October 2015. Snoop wrote a cookbook and published a follow-up calendar, and Merry Jane published a series of three CBD books (Merry Jane's The CBD Solution: Wellness, Sex, and Living), all with Chronicle Books. E-40 is a Bay Area rapper with 28 albums, a founding member of the group The Click, and the founder of Sick Wid It Records. His 2006 single Tell Me When to Go was one of the first singles to popularize ghost-riding and the hyphy movement on a national level. In addition to his prolific music career, he owns tequila, bourbon, and vodka companies, as well as Filipino food company, Lumpia. He has nearly 2 million followers on Instagram.
Release date NZ
September 12th, 2023
Author
Audience
Contributor
Country of Publication
United States
Imprint
Chronicle Books
Pages
192
Dimensions
165x220x25
ISBN-13
9781797213712
Product ID
35224312 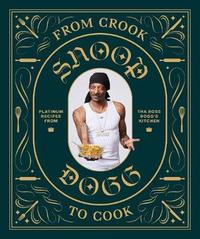 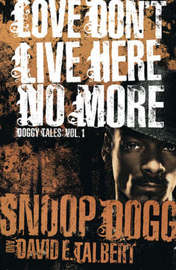 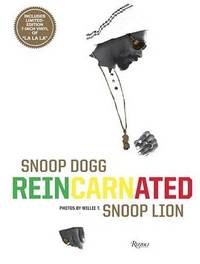