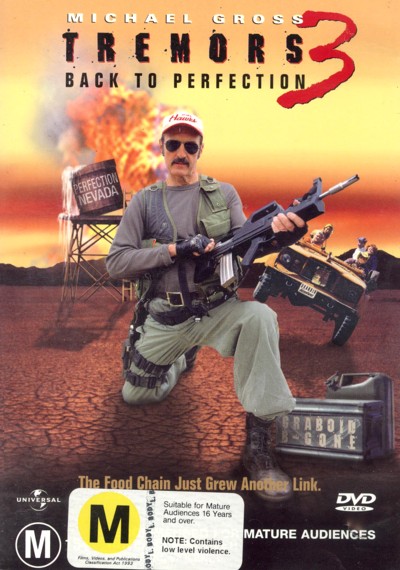 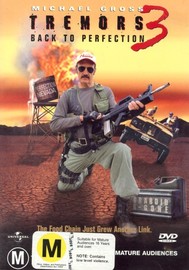 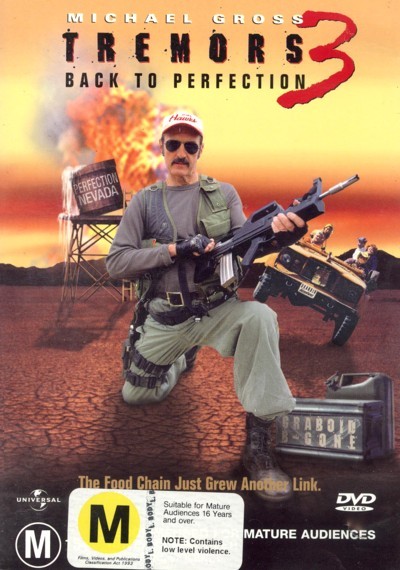 Tremors 3 – Back To Perfection

The Food Chain Just Grew Another Link. Burt Gummer has been away from home too long.

Upon returning to Perfection, Nevada, he realizes that the town of terror has been turned into a tourist trap exploiting the town's reputation as the home of giant killer sand worms. When a simulated attack becomes the real thing, Gummer dons combat gear, loads of ammo and weaponry, and his Atlanta Hawks cap to go back into battle against the very creatures that originally drove him away. Not only does he have to deal with Graboids mutating into the frightening Shrieker monsters, but this time a new, possibly indestructible worm mutation is threatening. Michael Gross reprises his role as the gruff Gummer.