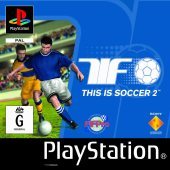 Due to COVID-19, we're unable to accept orders for non-essentials items at this time. Learn more...
With This Is Football 2 Team SOHO have built upon the realism that made it’s predecessor such a success. There is now the option of playing a full domestic football season incorporating the relevant European competition (equivalent Champions League / UEFA Cup) as well as all the domestic cups (equivalent FA Cup etc). These matches will run consecutively with league matches creating a real sense of involvement with the team’s fortunes as the season progresses. Previously other competitor Football titles, have focused upon the top divisions throughout the world (Premiership etc). TIF2 will also offer the consumer the option of selecting second division teams. Stunning brand new stadiums will also be featured.

The emphasis on authenticity and detail has also been applied to the gameplay. Players not only look more realistic with enhanced shading and motion captured animation detail but they also move more rapidly, having quicker reactions to commands resulting in a more free flowing, enjoyable experience. The ability to conduct real time strategic changes also enhances the competitive edge to the gameplay. Players will have the ability to conduct new and exciting special moves with enhanced player AI ensuring that there will always be a competitive challenge.

Hidden features within the game include a ‘jumpers for goalposts mode’ where there is the opportunity to re-live a school playground
kick around (without ruining your trousers).

Combining all of these key features and improvements with the playability of the original, ‘This Is Football 2’ will be pure footballing heaven on PlayStation.