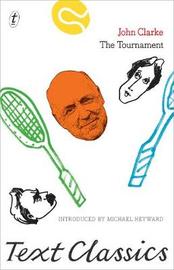 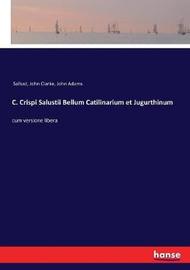 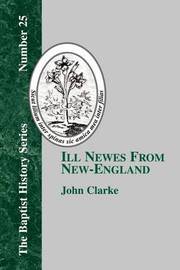 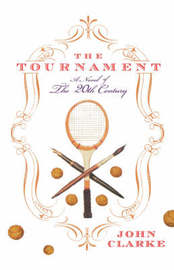 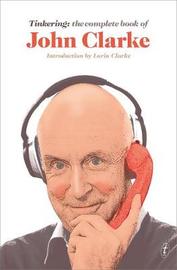 Unavailable
Sorry, this product is not currently available to order
The most unusual tennis tournament in history is about to start. Albert Einstein's seeded fourth. Chaplin, Freud and Van Gogh are also in the top rankings. World number one is Tony Chekhov. In all, 128 players-everyone from Louis Armstrong to George Orwell, Gertrude Stein to Coco Chanel - fight it out until the exhilarating final on centre court.

John Clarke, Australia's best-loved comedian, the inventor of farnarkling and comic genius behind ABC television's The Games, is there to report on everything of interest. This is a funny, strange and beguiling book in which, game by game and match by match, the world's most creative players put their tennis skills to the ultimate test. A brilliant, bizarre comic novel.

"Imagine, if you will, 128 of recent history's greatest writers, thinkers, scientists, musicians, actors, etc., participating in a two-week tennis tournament. Sarah Bernhardt versus Coco Chanel; Aldous Huxley versus Paul Robeson; Vladimir Nabokov versus Henry Miller--matchups that seem wildly inappropriate and delightfully perverse. Norman Mailer is covering the tournament for Tennis magazine; the tournament referee is Charles Darwin. It's a wacky idea, and although it's mostly played for laughs, the author has somehow managed to make this preposterous premise pay off. The novel, which is structured like a day-by-day report on the progress of the tournament, is completely original, a crash course in the history of twentieth-century culture. The dialogue is cheerfully nutty, as most of the characters speak lines that parody themselves (Gertrude Stein: "A win is a win is a win"). This is one of those novels that shouldn't work and yet somehow it does, leaving us shaking with laughter and possessing a vivid sense of the competition between ideas and points of view that shapes our culture." David Pitt, Booklist

"Australian Clarke's first US publication is a genius-touched tour de farce that imagines the 20th-century's intellectual giants competing in the biggest tennis tournament ever held. Who wins? Find out for yourself, and be dazzled along the way as, thanks to the indefatigable Clarke, you also brush up on last century's intellectual history." Kirkus Reviews.
Release date NZ
November 29th, 2004
Author
Audience
Country of Publication
Australia
Imprint
The Text Publishing Company
Pages
288
Dimensions
165x220x25
ISBN-13
9781920885472
Product ID
1634832