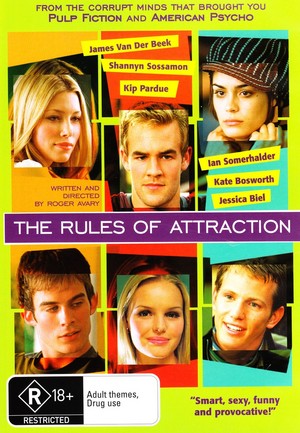 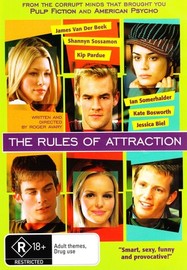 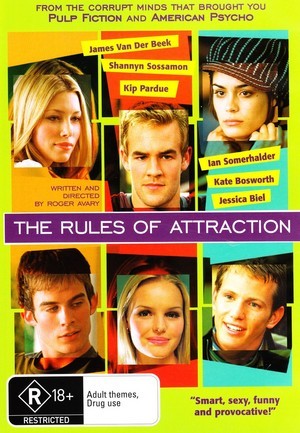 Unavailable
Sorry, this product is not currently available to order
There Are No Rules.

It's the mid-1980's at Camden College. Sean Bateman (James Van Der Beek) is the younger brother of psychotic Wall Street broker Patrick Bateman. Sean's a drug dealer, owes a lot of money to "fellow" dealer Rupert Guest (Clifton Collins, Jr.), and sleeps with nearly half of the female population on campus. Lauren Hynde (Shannyn Sossamon) is technically a virgin. She's saving herself for her very shallow boyfriend, Victor Johnson (Kip Pardue), who's left the states to backpack across Europe. Her slutty roommate, Lara (Jessica Biel), has the hots for Victor as well. Paul Denton (Ian Somerhalder) is bisexual. He used to love Mitchell Allen (Thomas Ian Nicholas) before Mitchell dumped him for Candice (Clare Kramer). Sean loves Lauren. Paul loves Sean and used to date Lauren. Lauren loves both Sean and Victor.