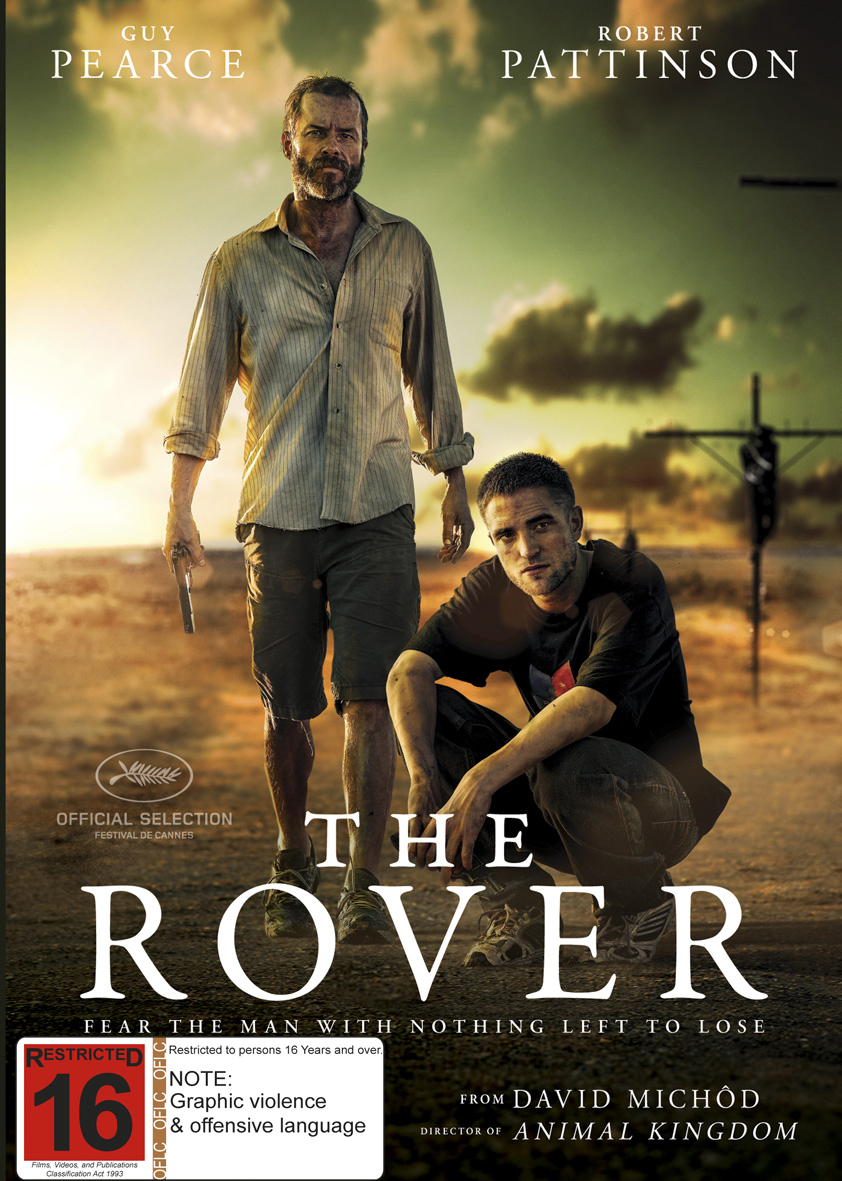 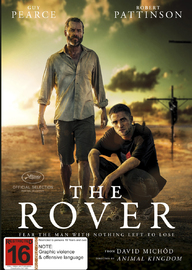 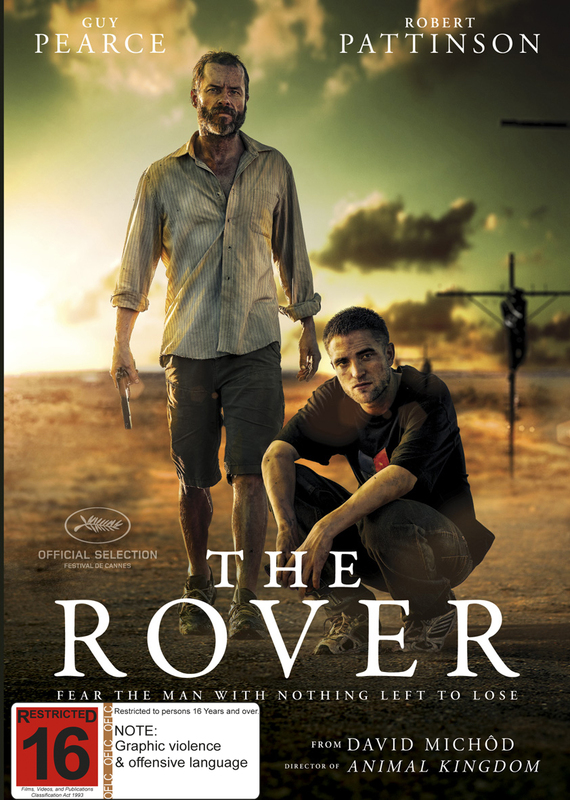 The Rover is a 2014 Australian drama film on DVD, written and directed by David Michôd.

In a dangerous near-future in the Australian desert, Eric (Pearce) has left everything behind, but when his last possession is stolen by a gang of dangerous criminals, Eric sets off on a hunt to find them. Along the journey he enlists the help of Rey (Pattinson), a naïve and injured member of the gang, who was left behind.