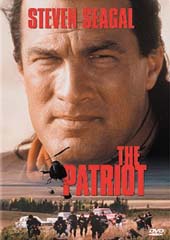 When a mysterious plague strikes the heart of a remote Western town, it's up to local rancher, Wes McClaren (Steven Seagal), to find a cure. With the army moving in to segregate the population, local militia resorting to violence and close friends dying, McClaren races against time to outsmart his opponents and save the day!