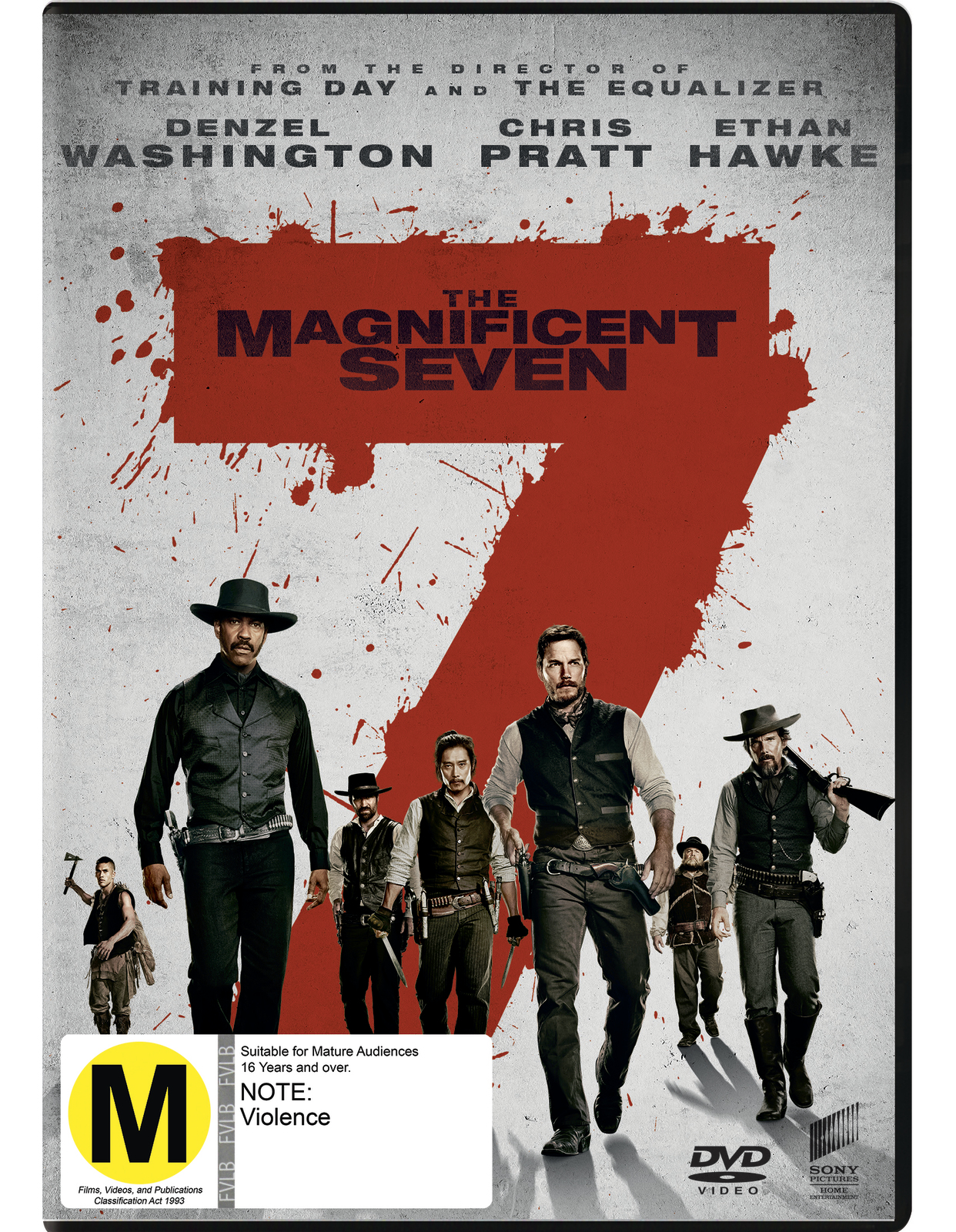 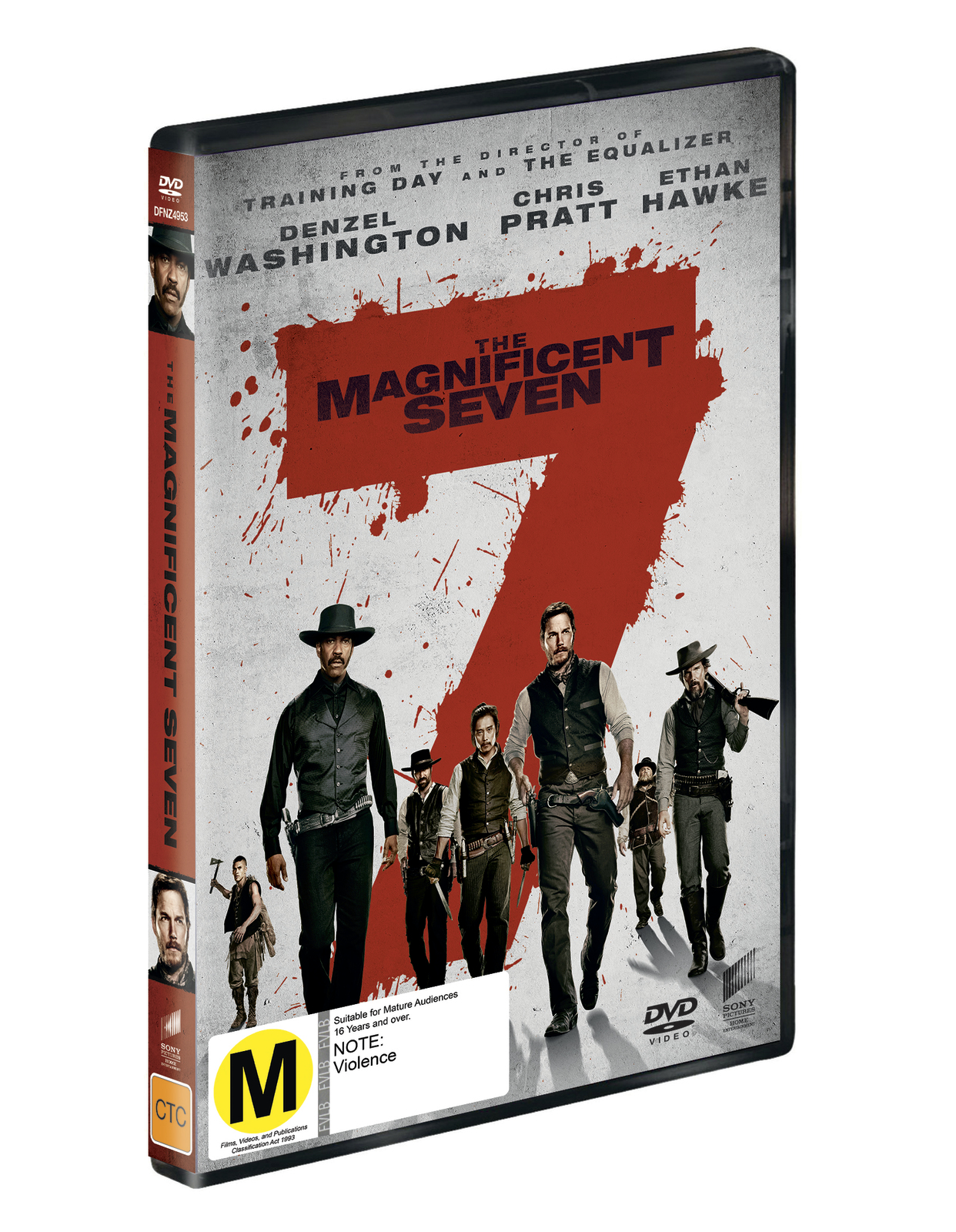 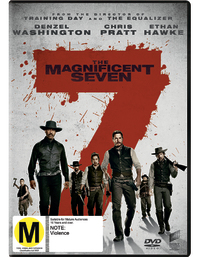 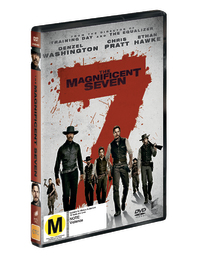 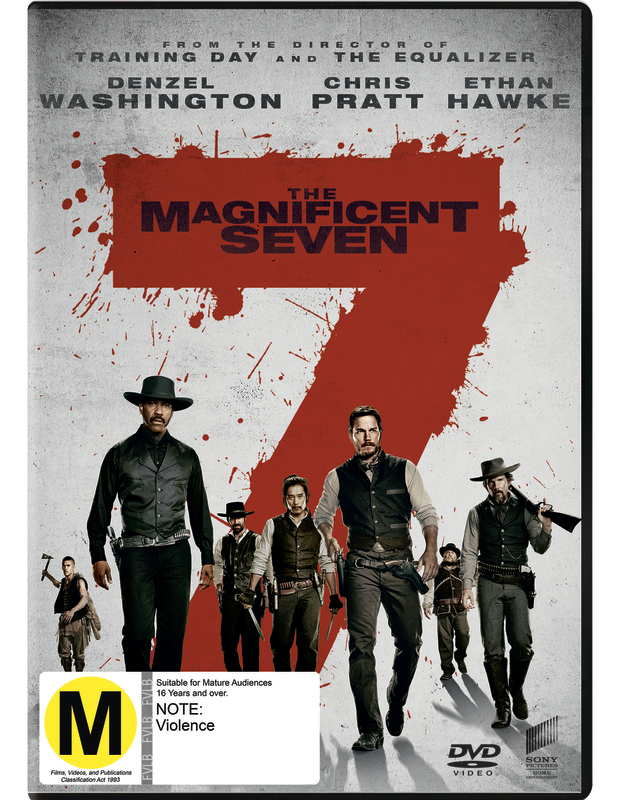 This is a fun movie and a great reworking of the original story. I recommend it for western fans as well as fans of the ensemble cast involved.

In some ways better than original but the original with Yul Bryner will always be the best.

Director Antoine Fuqua brings his modern vision to a classic story in Metro-Goldwyn-Mayer Pictures' and Columbia Pictures' The Magnificent Seven.

“The sight of Denzel twirling his six-guns and shooting from the hip will be more than enough, for many, to make The Magnificent Seven a rousing success.” – Movie Talk

The film's resounding theme about self sacrifice is sure to put a bit more jangle in your spurs."" – Reel Reviews 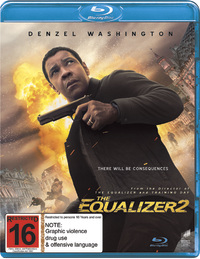 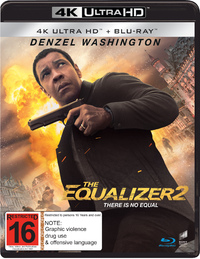 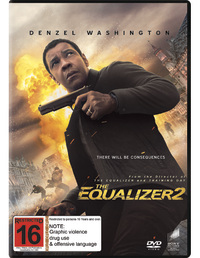