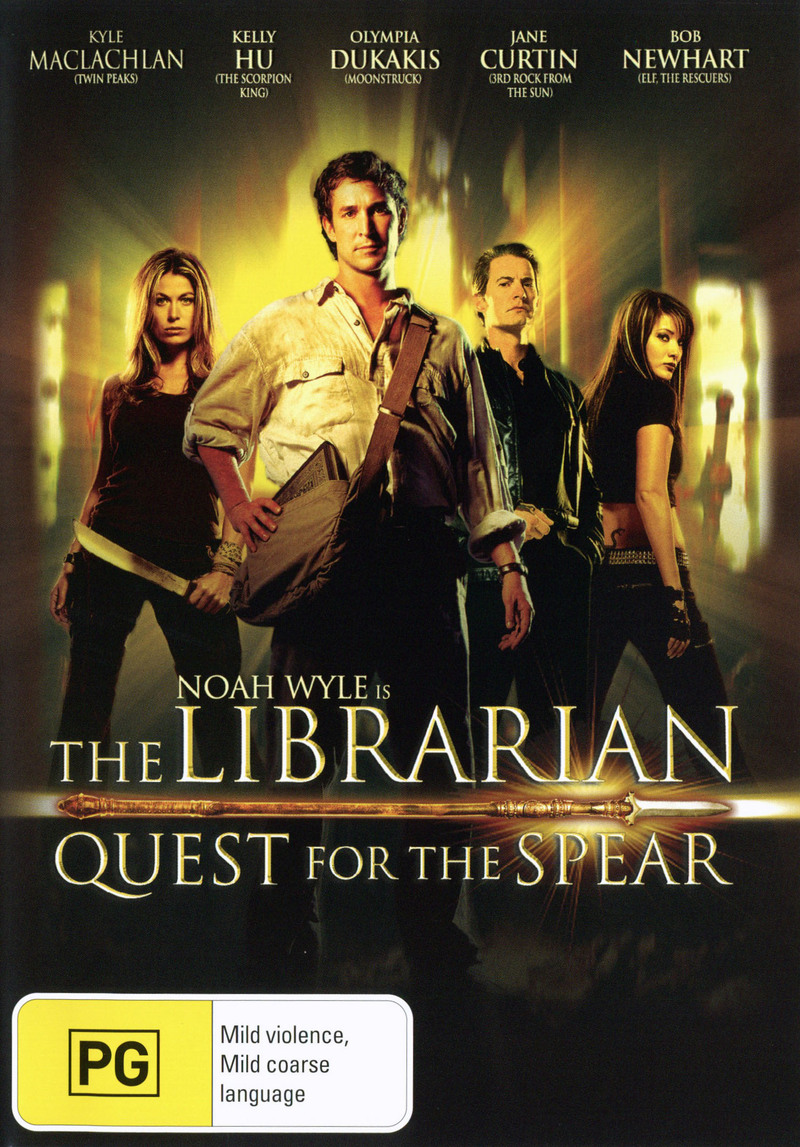 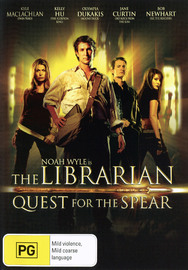 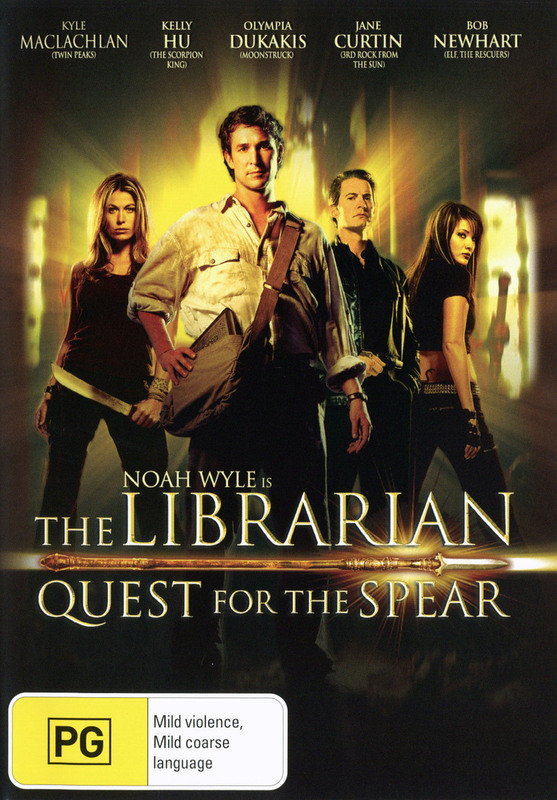 I had bought the second one in the series first and enjoyed it so bought the other 3 dvds. It was wonderful to find out how he first became the Librarian.

The humour and action is very much Indianna Jones style and I loved it.

Wasn't sure what to expect with this DVD having only seen Noah Wyle as a Doctor on ER. However he worked the part well and it was a great movie to watch with the kids on a rainy day.

We thought it was something like National Treasure meets Indiana Jones … but with books! There was plenty of action, splatterings of humour and a few twists you wouldn't expect (well we didn't :o)). Piqued our interest enough to want to buy the whole set of 3. Looking forward to the next one!

Hidden beneath the monolithic New York Metropolitan Library is a repository for humanity’s greatest secrets. From the Golden Fleece to the Ark of the Covenant, every enigma and artefact from every known and unknown civilisation is protected from the forces of evil who, given the chance, would use the priceless treasures for their nefarious plans. Only one man can keep them safe: The Librarian.

Having spent his life ensconced within the cloisters of academia, uber geek Flynn (Noah Wyle, ER) finally finds a use for his encyclopaedic knowledge of the obscure and esoteric when he's selected to join the mysterious order of Librarians. But this is no quiet desk job; on his very first day, The Serpent Brotherhood steal a fragment of the Spear of Destiny, the spear used to pierce the side of Chris, and it’s Flynn’s job to get it back! With a sexy Amazon bodyguard Nicole (Sonya Walger, Coupling), he must journey to the most exotic, inaccessible and treacherous corners of the earth on a mission to recover the spear - a mission that will determine if the nervous but charming Flynn really has what it takes to be a superhero.

An action packed comedy adventure from DEAN DEVLIN, the Writer/Producer of INDEPENDENCE DAY and STARGATE.

Broadcast to record ratings on the TNT cable network, this Raiders-esque adventure does not go by the book, staring with its atypical action hero and his decidedly uncool profession. Flynn Carsen (Noah Wylie from E.R.) is a thirtysomething perpetual student who still lives with his mother (Olympia Dukakis). When his exasperated professor finally ejects him into the real world, Carsen's Holmesian deductive acumen lands him a job as the librarian at the Metropolitan Library. This is not an ordinary library. It houses history's most mythic artifacts, including the Ark of the Covenant, Pandora's Box, and the sword Excalibur. The fate of the world is in Carsen's hands ("That's so sad," he observes) when the dread Serpent Brotherhood steals the library's Spear of Destiny, and Carsen must retrieve it. His reluctant, and antagonistic, partner is Nicole (Sonya Walger), who is as skilled in martial arts as Carsen is schooled in the Dewey Decimal System. Bob Newhart and Jane Curtin add welcome comic relief, with Newhart, of all people, getting into the action by film's end. The humble hero (who would rather be known as "Flynn, the rather pleasant at parties"), somewhat cheesy special effects, and corny comedy make The Librarian a fun guilty pleasure. As Carsen proclaims, "Being a librarian is actually a cool job." This looks like the beginning of a beautiful franchise. --Donald Liebenson