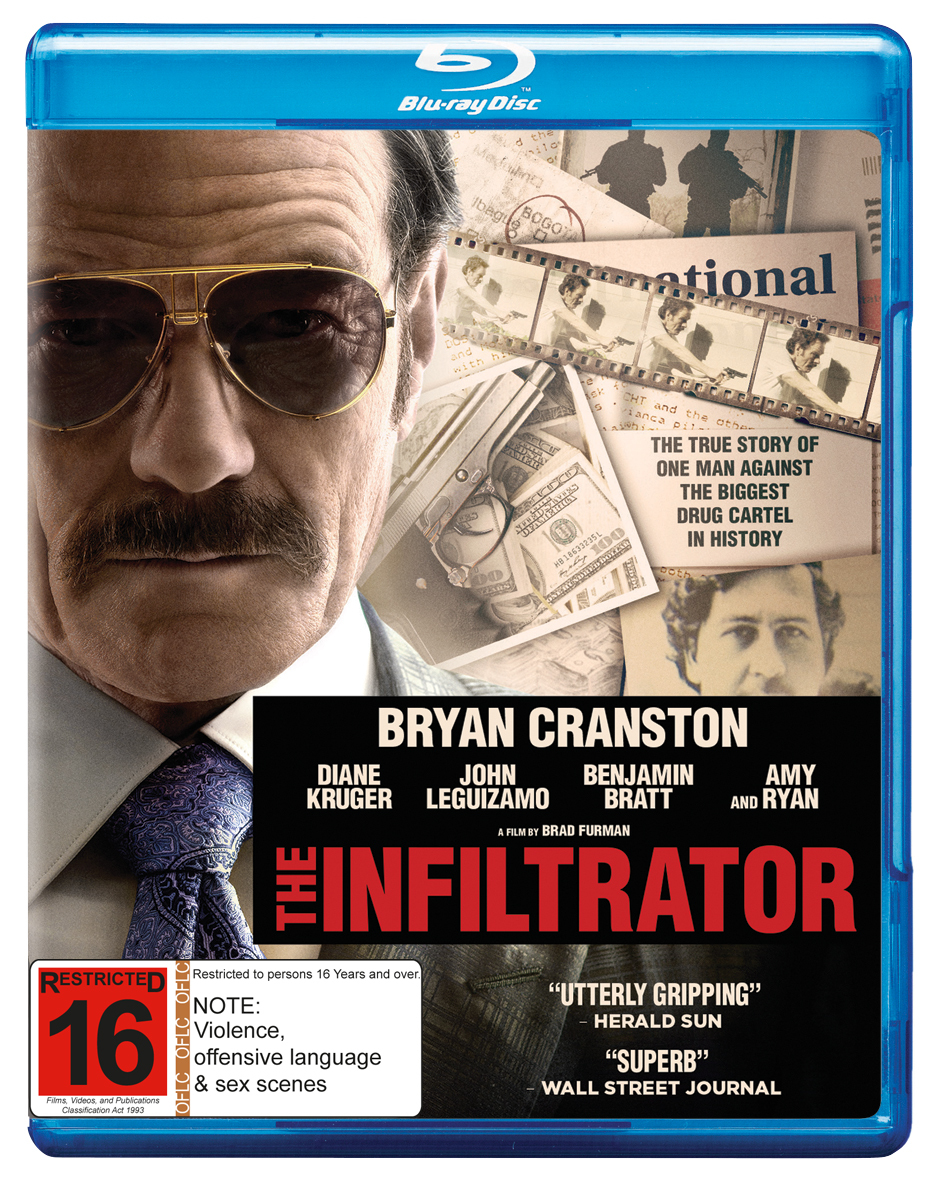 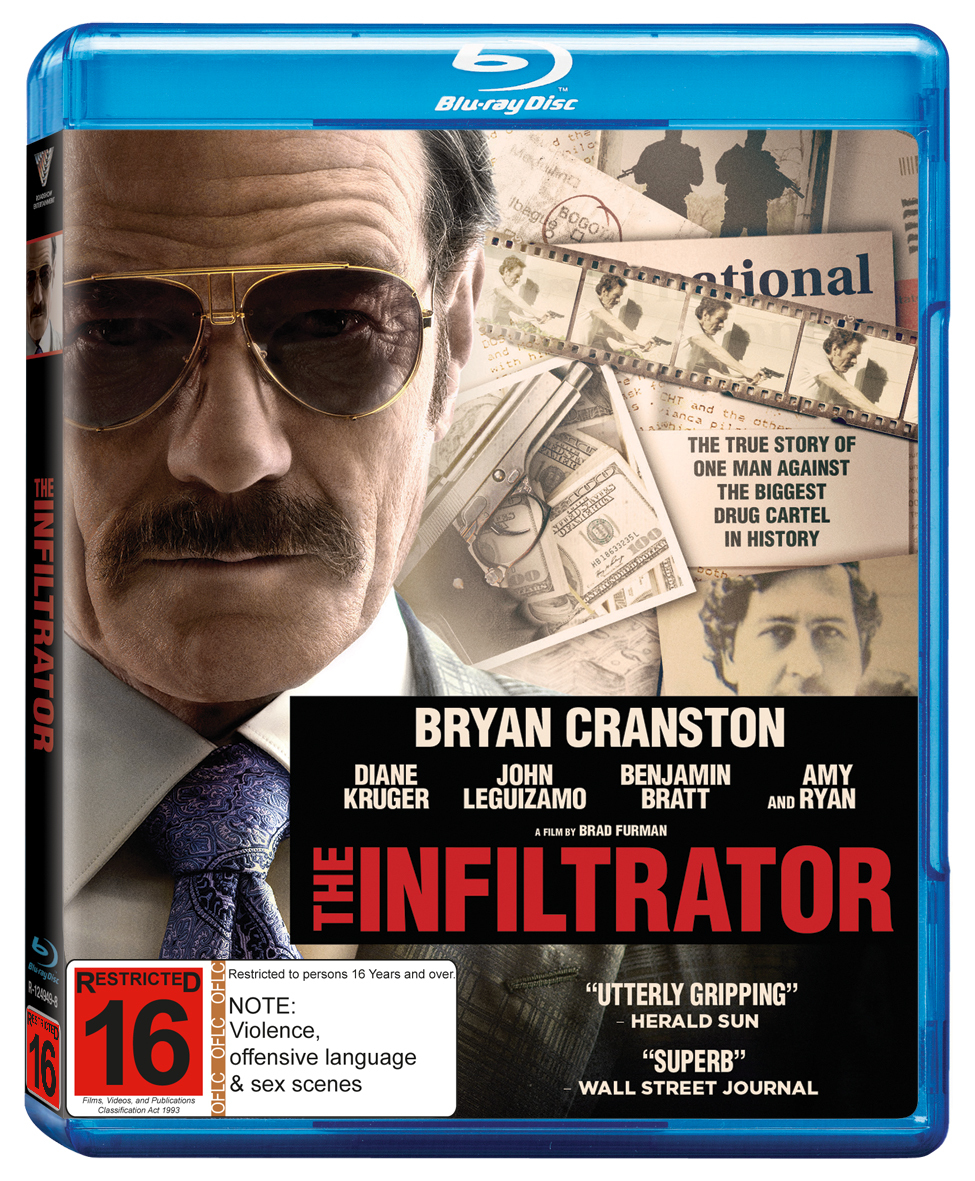 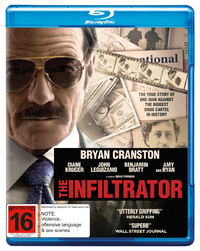 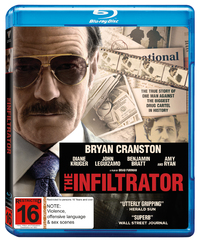 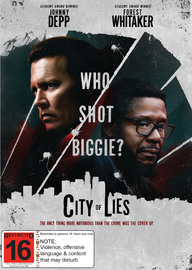 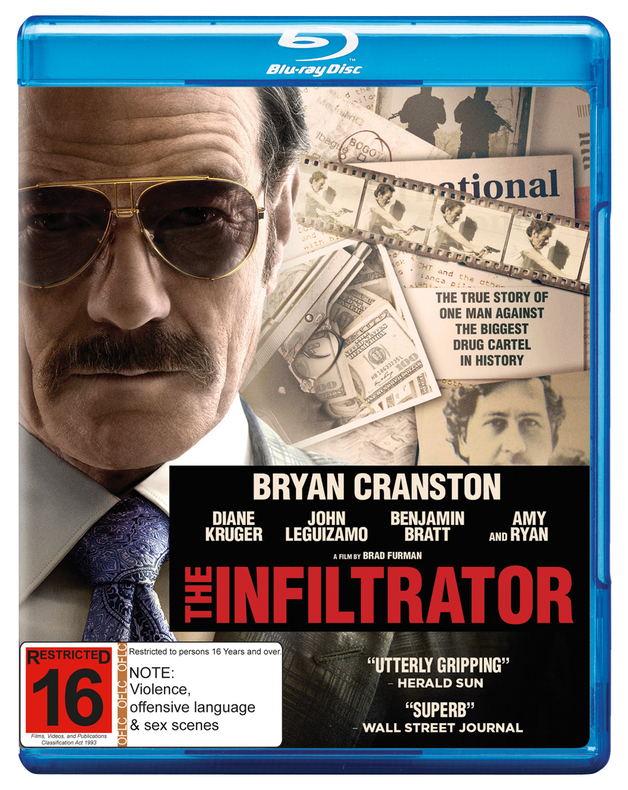 Based on a true story, Federal agent ROBERT “BOB” MAZUR (Bryan Cranston) goes deep undercover to infiltrate Pablo Escobar's drug trafficking scene plaguing the nation in 1986 by posing as slick, money-laundering businessman Bob Musella. Teamed with impulsive and streetwise fellow agent EMIR ABREU (John Leguizamo) and rookie agent posing as his fiancé KATHY ERTZ (Diane Kruger), Mazur befriends Escobar's top lieutenant ROBERTO ALCAINO (Benjamin Bratt). Navigating a vicious criminal network in which the slightest slip-up could cost him his life, Mazur risks it all building a case that leads to indictments of 85 drug lords and the corrupt bankers who cleaned their dirty money, along with the collapse of the Bank of Credit and Commerce International, one of the largest money-laundering banks in the world.

“Holy Columbian marching powder, you'll be hard-pressed to find a more adrenaline-soaked, palpitation-inducing, stress-ride at the cinema.” – The Times

“Couldn't get enough of the fine, ferociously precise acting work of Bryan Cranston in that torrid TV series Breaking Bad? Then you'll be wanting to track down the compelling real-life crime drama The Infiltrator.” – Herald Sun

“Furman is obviously working in the long shadow of Martin Scorsese and the Breaking Bad team. Still, he's learned all the right lessons, especially when it comes to music.” – Evening Standard

“The Infiltrator is a great-looking, well-paced, wickedly funny and seriously tense thriller, bolstered by an ensemble cast as good as I’ve seen in any film this year.” – Chicago Sun-Times