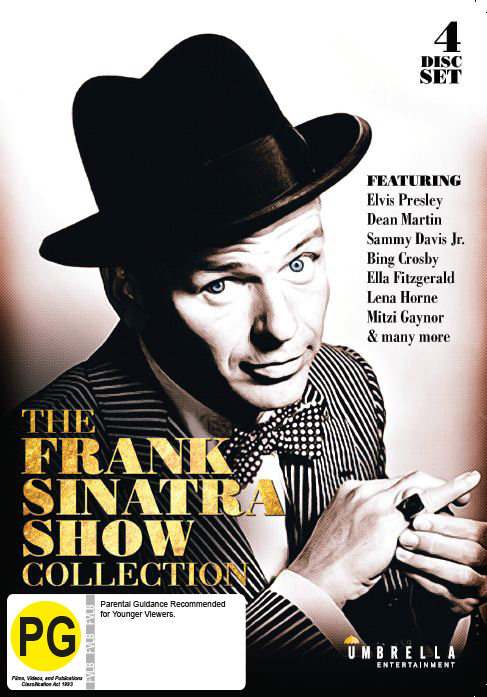 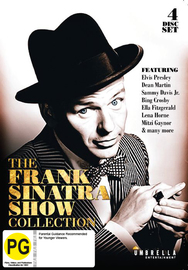 Considered one of the greatest performers of the twentieth century, Frank Sinatra is presented here in a series of legendary American television performances from the 1950s.

Included are several episodes of the ‘Frank Sinatra Timex Show’ where he croons the only way he knows how,  presents a special tribute to the ladies such as Juliet Prowse, Lena Horne, Eleanor Roosevelt, as well as Mitzi Gaynor, featured performances from the legendary ‘Colgate Comedy Hour’, the ‘Edsel Show’ with a show stopping performance of Cole Porter’s Anything Goes. Also included in this 4 disc set is an electrifying episode of the ‘Welcome Home Elvis Show’, which features Frank with his daughter Nancy, fellow Brat Pack member Sammy Davis Jr. and of course the one and only Elvis Presley.

A nostalgic look at some of Frank’s finest live TV moments, alongside singing buddies Dean Martin and Bing Crosby this collection contains classic renditions of ‘I’ve Got You Under My Skin’, ‘Day In Day Out’, ‘Together Wherever We Go’, ‘Talk To Me’ and a fun performance of ‘High Hopes’ alongside an audience of adoring children.