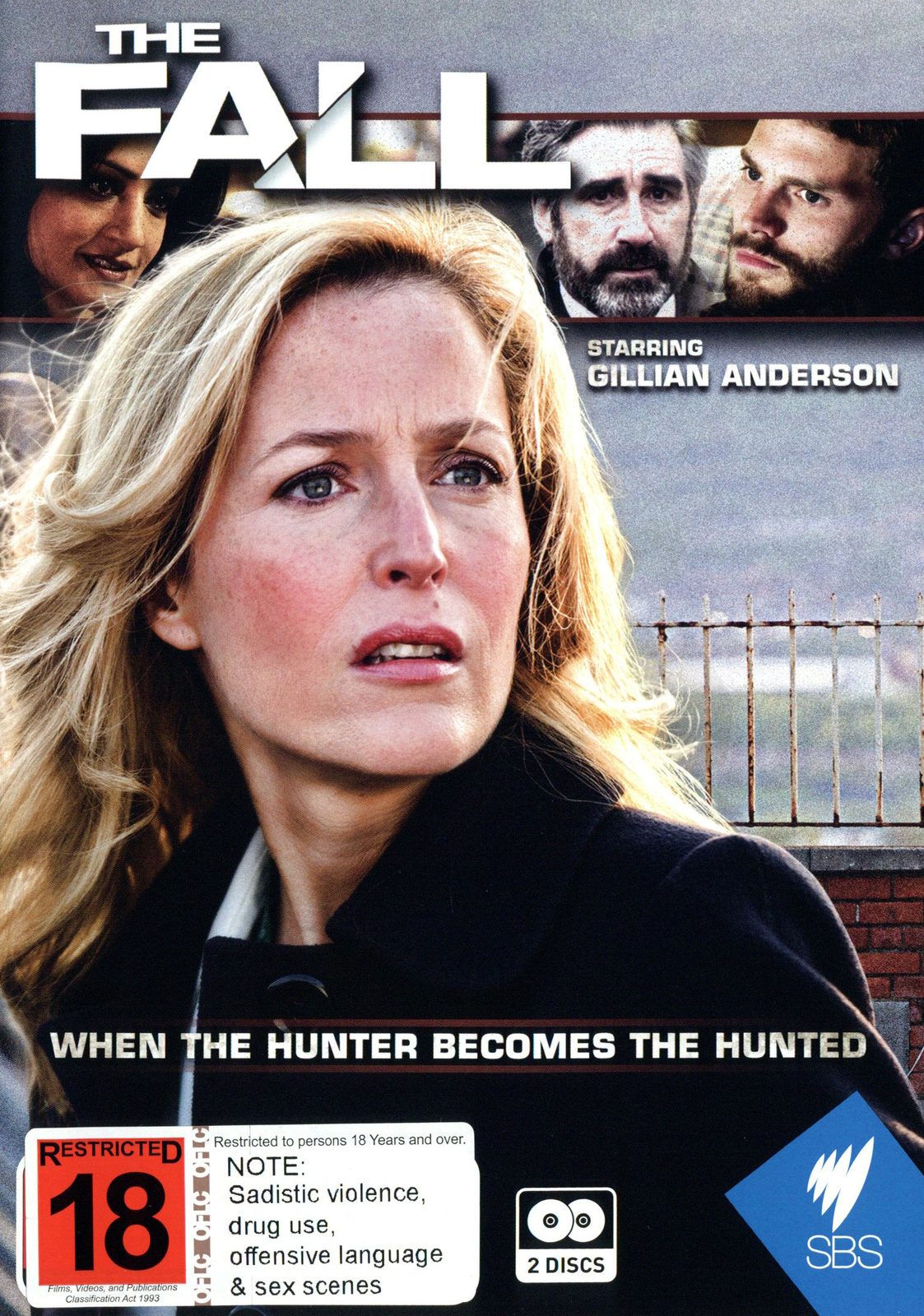 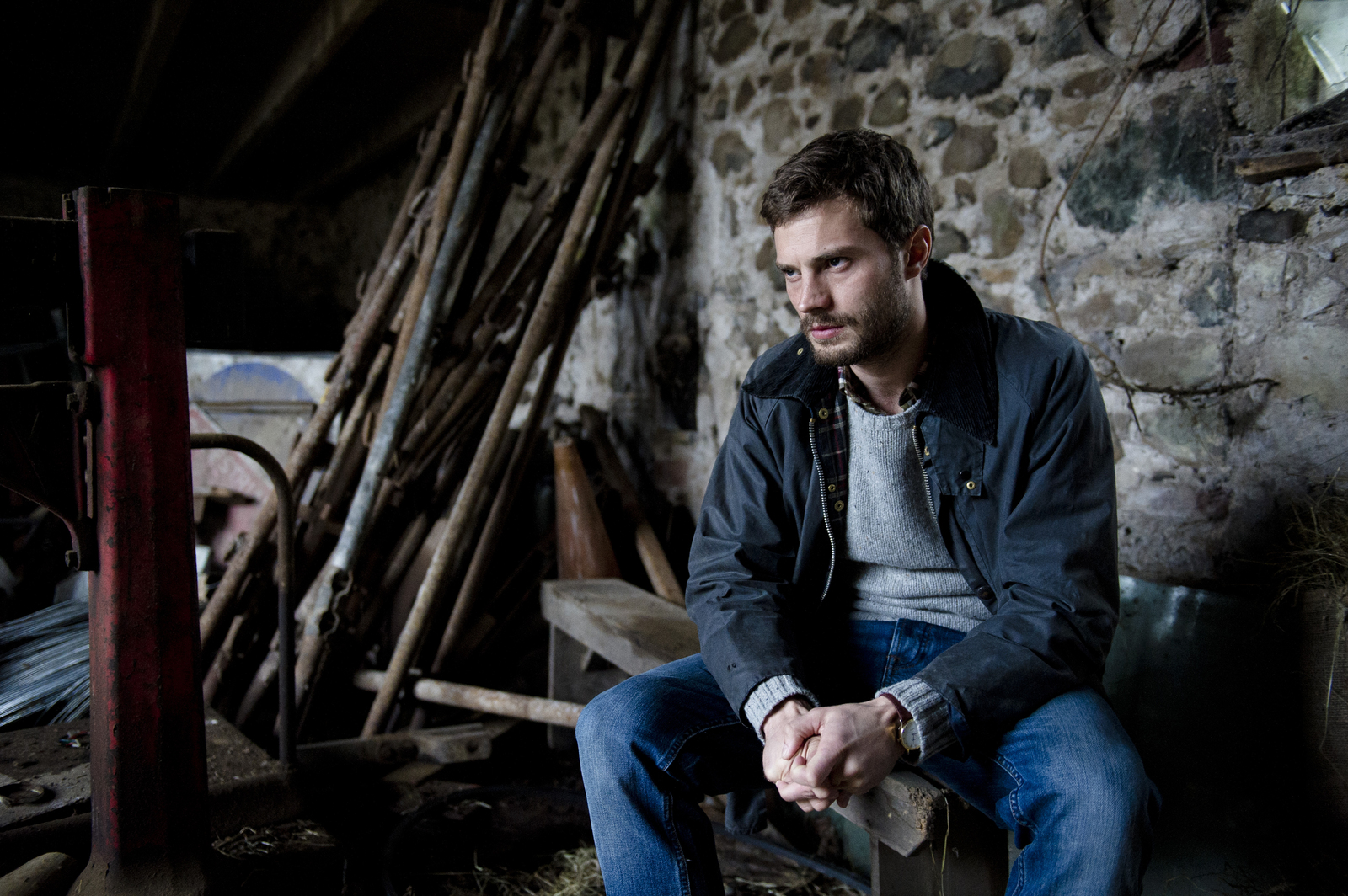 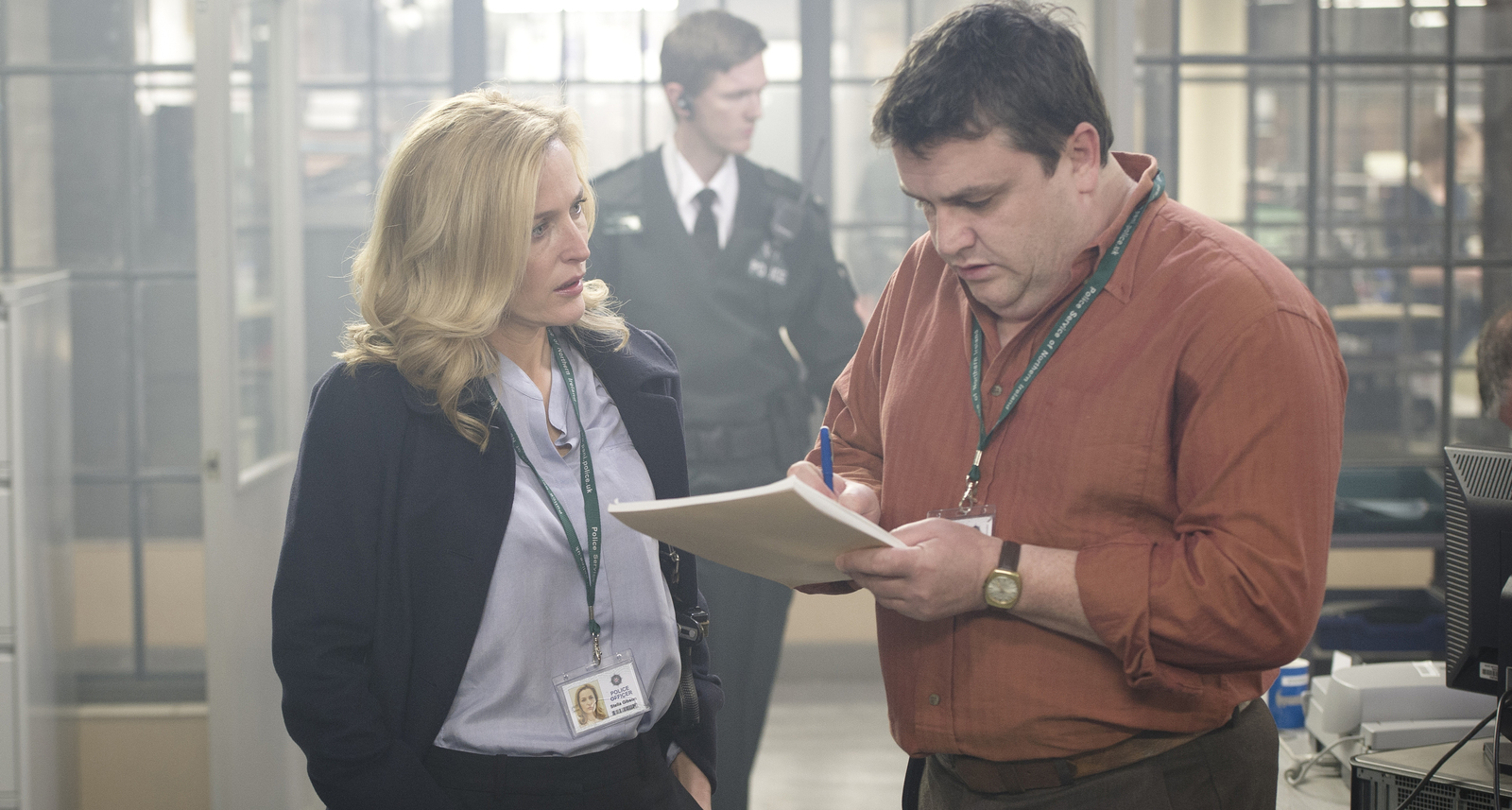 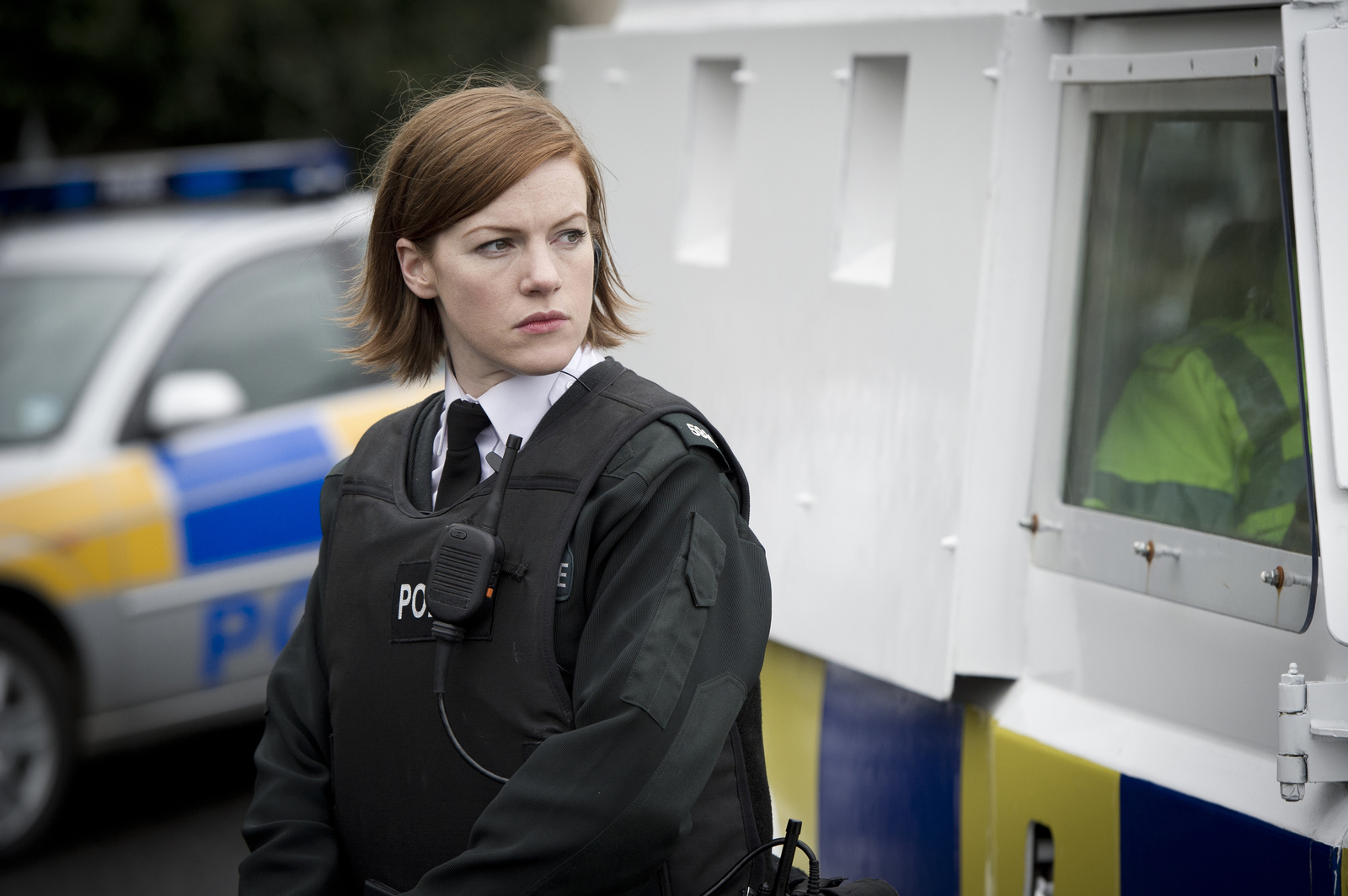 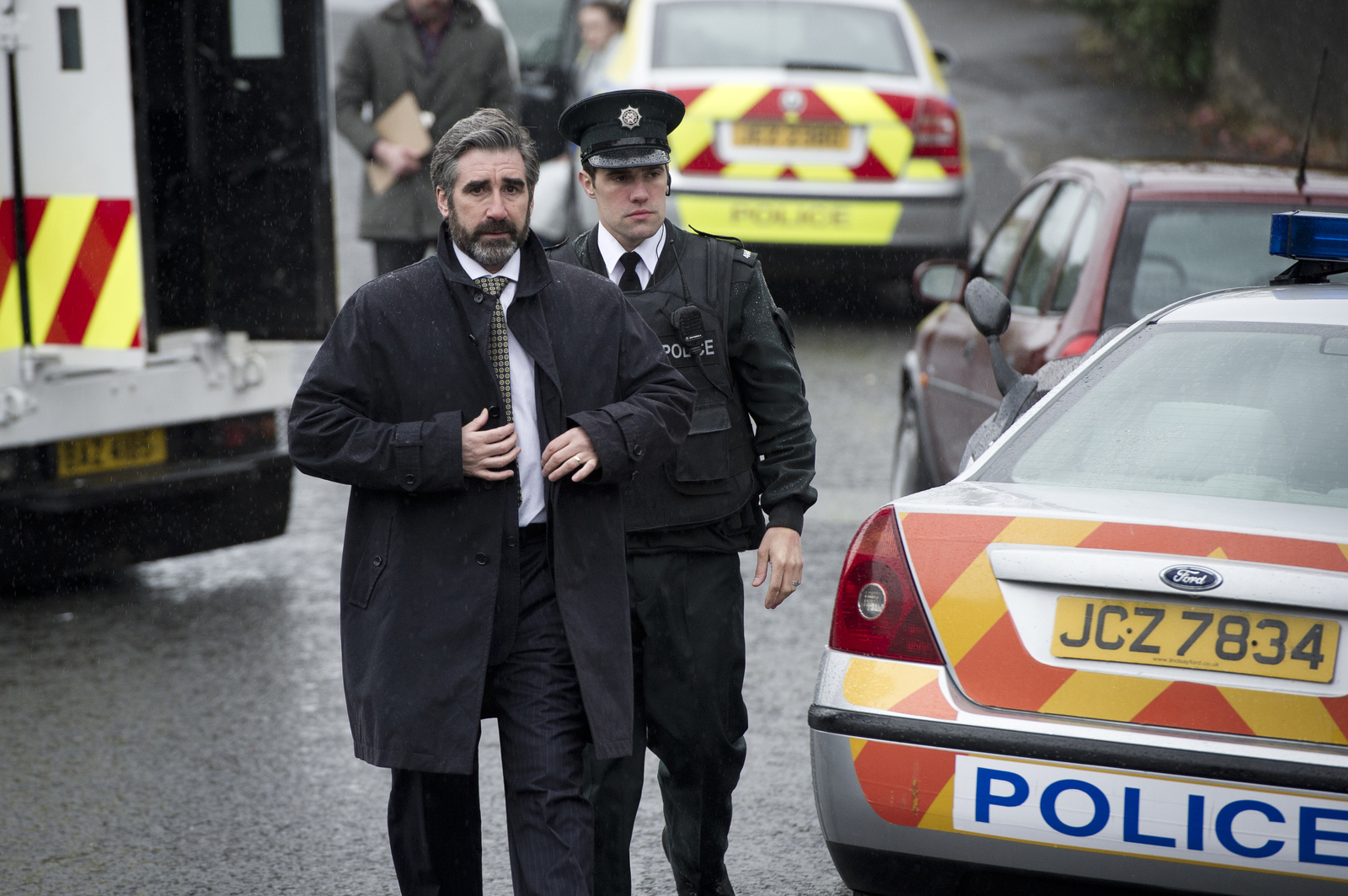 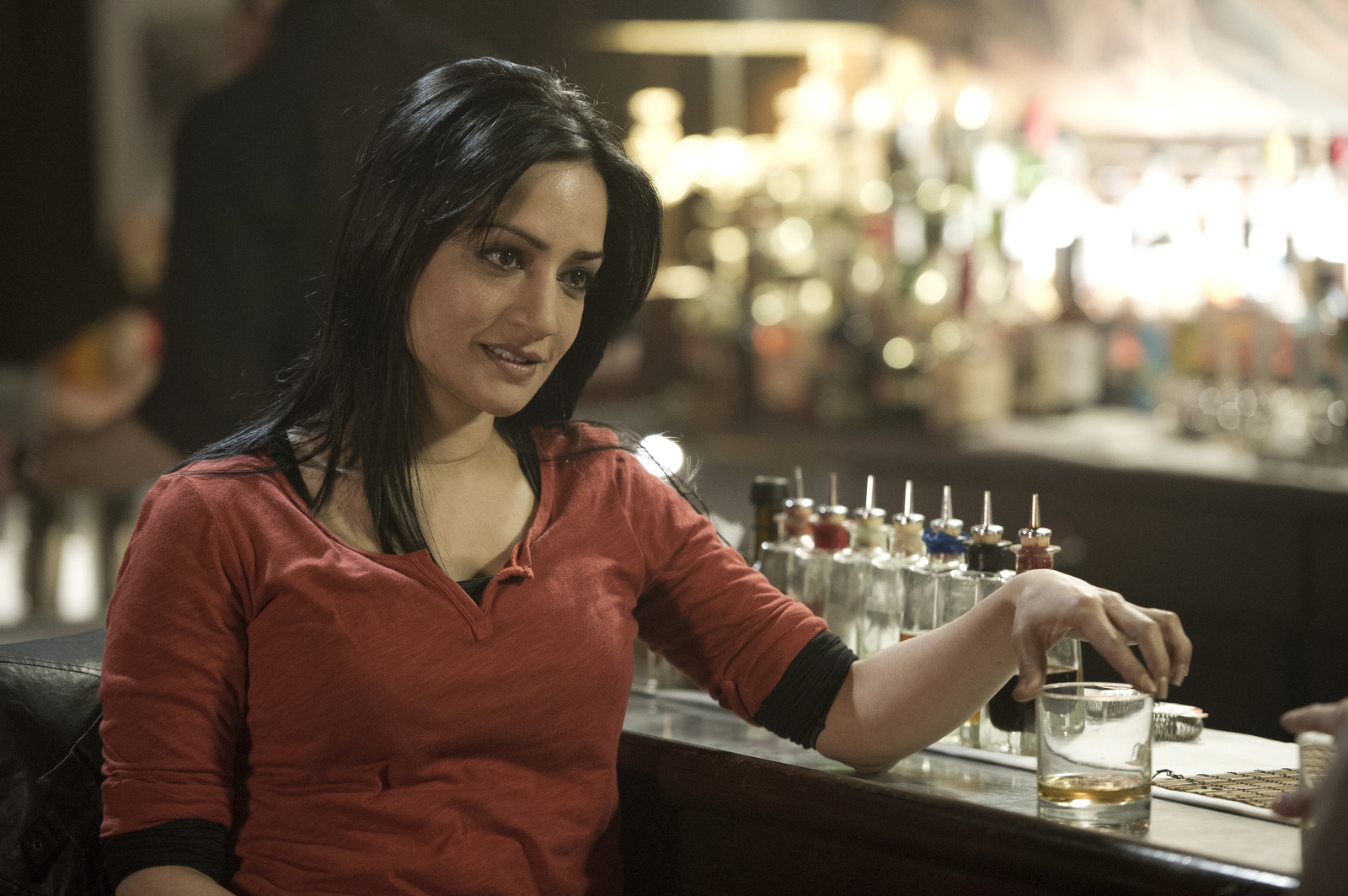 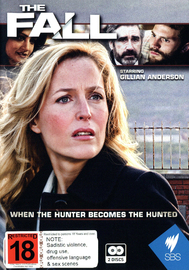 The Fall - Series One 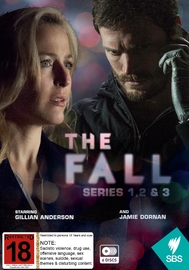 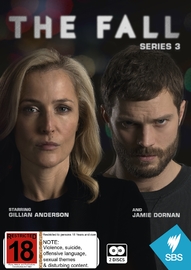 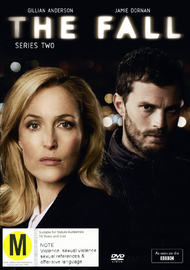 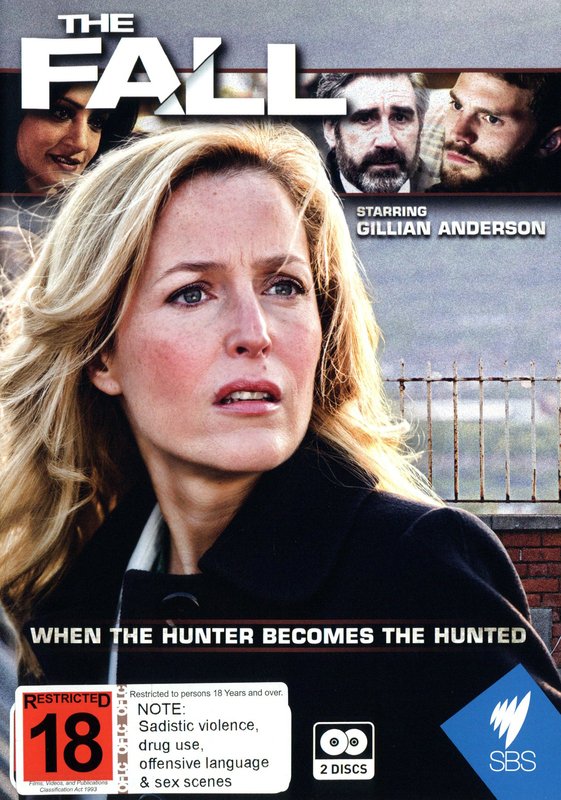 A great series with fantastic acting, it's difficult to stop watching, however the subject matter is definitely on the dark side & this may put some people off the series. It's not for everyone.

The Fall series 1, a UK BBC crime drama TV series on DVD, starring Gillian Anderson as a Metropolitan Police detective drafted to Belfast to help on a puzzling murder case. Though her superiors aren't convinced, Stella Gibson (Anderson)'s in­vestigations lead her to believe that a serial killer is at work.

When the hunter becomes the hunted…

In her first lead role in an investigative series since The X Files, Anderson brings the same intelligence and depth of character to her portrayal of Stella Gibson, a successful, highly driven homicide detective. Jamie Dornan (Once Upon A Time, Sofia Coppola’s
Marie Antoinette) stars as Paul Spector, the ruthless serial predator she seeks.

While chillingly hiding behind the façade of loving husband and father, Spector – who is revealed from the outset – is preying on women in and around Belfast. While the police are stalled in their investigation of these as yet unconnected murders, Gibson is drafted in to conduct a 28-day review on secondment from London’s Metro­politan Police.
Almost immediately, Gibson determines these heinous crimes are all linked to the same person.

An outsider, she immediately feels a certain level of hostility from the local detectives – but Gibson understands the psychology of serial killers – and how to find them. Under
her lead, the team, including Archie Panjabi (The Good Wife) as pathologist Reed
Smith, explores the case from every angle, uncovering an intricate web of lives entangled by the murders – including members of both the killers’ and the victims’ families.

Revealing how a modern, top level murder investigation team works when it comes up against every policeman’s worst nightmare, this rich and complex thriller is less of a “whodunit” and more of a cat-and-mouse game. Gaining in intensity as the drama unfolds, this is a hunt that will challenge the investigative skills of Gibson and her team to the limit as they race to catch Spector – before he succeeds in killing his next victim.

Contains the 5 episodes from Season 1: ‘Dark Descent’, ‘Darkness Visible’, ‘Insolence and Wine’, ‘My Adventurous Song’ and ‘The Vast Abyss’.

“If there is a state-of-the-art in the seemingly unkillable TV genre that is the police procedural, then surprisingly, the BBC’s latest hit is it. Made by a BBC Region (in this case BBC Northern Ireland), created and written by one genre stalwart (Allan Cubitt of Prime Suspect 2, the revamped Murphy’s Law, and the BBC Christmas Sherlock Holmes of 2002 and 2004), produced by another (Gub Neal of Cracker and Band of Gold) directed by a Belgian (Jakob Verbruggen, director of Dutch-language crime show Code 37), and starring one of the most famous American-English actresses in Cult TV, it should be no surprise that The Fall has become enough of a rating hit to receive a second season. What is a surprise is how different it should be from the run-of-the-mill cop filler that has dominated BBC evening slots for years now. On the surface it certainly seems the same, with a dual-strand storyline essentially focusing on the Belfast killer responsible for the crime whose investigation DSI Stella Gibson is seconded from the Met to review, and the DSI’s own path…However, as the series goes on other characters’ viewpoints are introduced, various emotional connections are made and developed, and a certain creative agenda emerges that seems unique in British police procedurals since the advent of Prime Suspect. The acting is pitched just right, with Anderson’s glacial style and naturalised London accent contrasting perfectly with the emotional burr of the Belfast voices. She remains, as Jane Tennison once did, a rock of sanity and professionalism, barring one or two lapses she deems appropriate to the situation that humanise her beyond her work…The shock to the system, however, is Jamie Dornan’s Paul Spector, the killer himself. He does something few actors have been required to do in this genre in some time, which is to convince as that violent lost soul hiding in plain sight as your neighbour, your counsellor, your husband, something we know to be true of serial killers in real life. He refrains from Victorian villainy, and locates the darkness inside an otherwise ordinary man…Dornan does so much with the role, and he is helped by a story and production that doesn’t require him to demonstrate huge amounts of bloody, vicious violence (as happened far too much over the last three seasons of Criminal Minds), but instead rests on threats, fear, and swift brutality when required. This makes The Fall far more realistic than films and shows built on gore-drenched scenes filled with breaking bodies, and far scarier too.” Cult TV Times UK

“There are plenty of TV procedurals that deal with serial killers, but few like BBC Two's The Fall. Created by Allan Cubbit and set in Belfast, Northern Ireland, the series spends as much time with the killer as the police who are hunting him. The result is less thriller and more character study, building over the course of five episodes not just a murder case but also a complex villain and hero. After a successful TV run in the UK and a streaming U.S. debut, the series finally arrives on DVD…The Fall continues a proud tradition of British crime dramas, boasting not only strong lead performances from Gillian Anderson and Jamie Dornan but also a structure that subverts expectations about what serial killer stories should be—showing us the murderer's family life as more normal than we're comfortable watching, and a police force in danger of crumbling from within. These first five riveting episodes didn't need to end with cliffhanger to make Series 2 feel too far away.” DVD Verdict