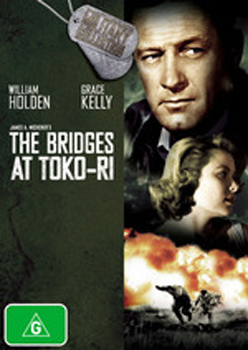 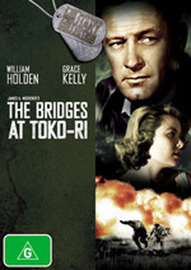 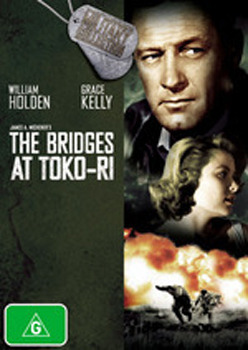 The Bridges At Toko-Ri (Repackaged)

Not every pilot can guide his aircraft from a wave-tossed deck, seek out targets over unfamiliar Korean terrain, then return to what looks like a speck in the sea. Naval Reservist Harry Brubaker (William Holden) can.

This masterful story of a war weary World War II veteran who must leave his family to fight again combines moving drama with sure fire, bombs away aerial action. Also starring Grace Kelly as his loving luminescent wife.