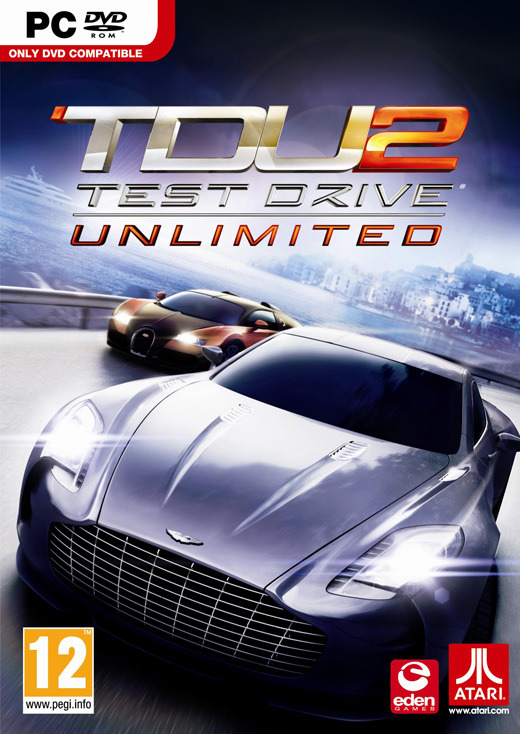 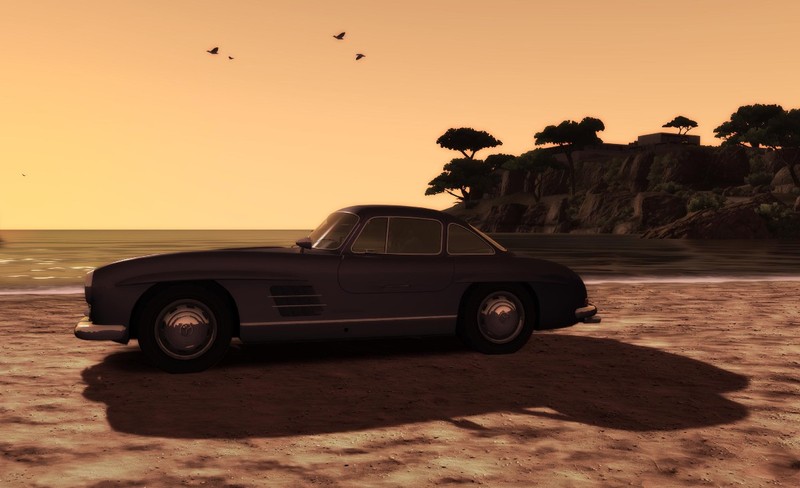 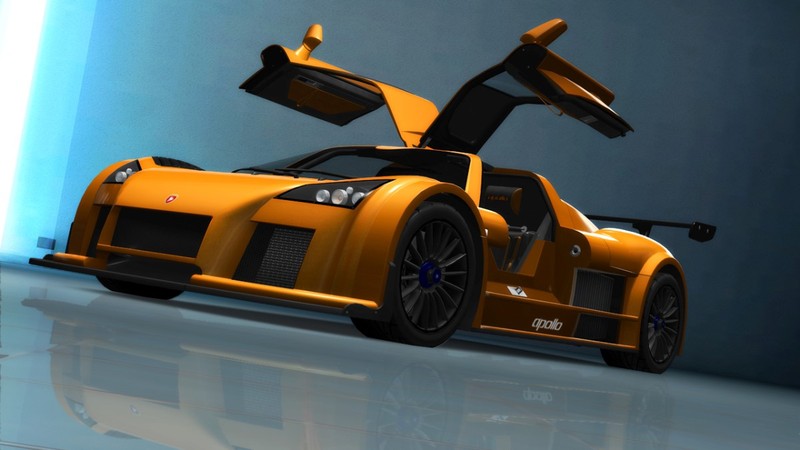 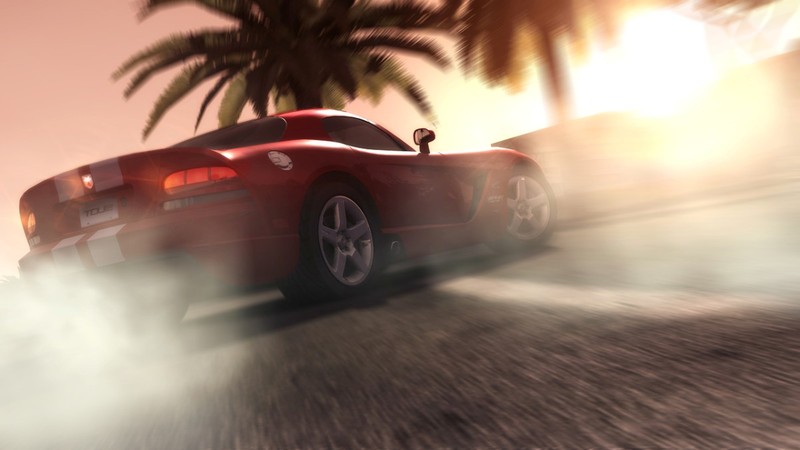 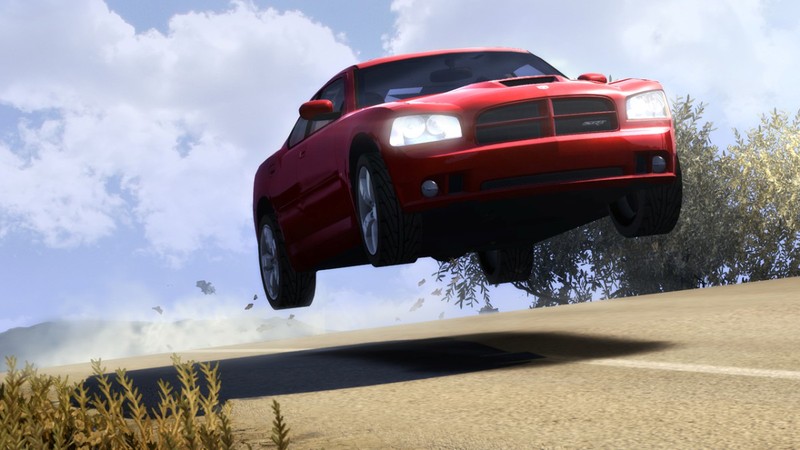 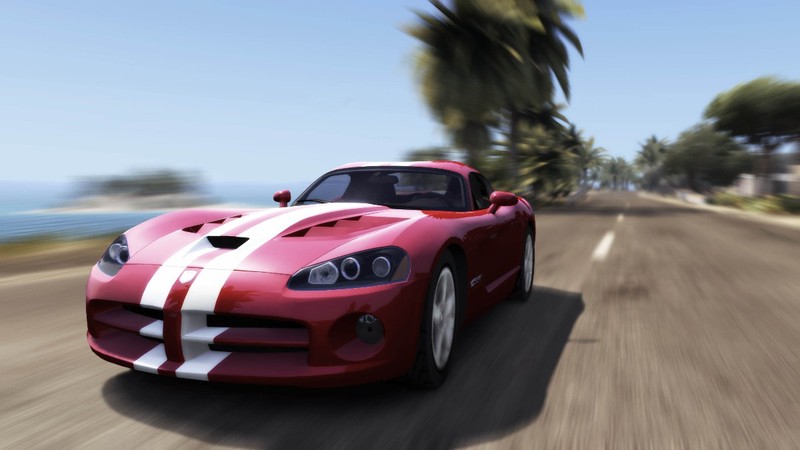 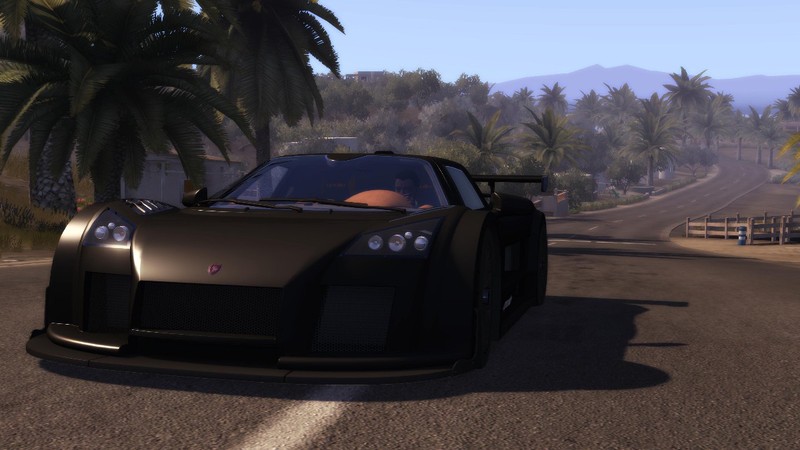 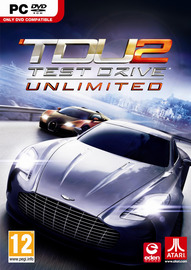 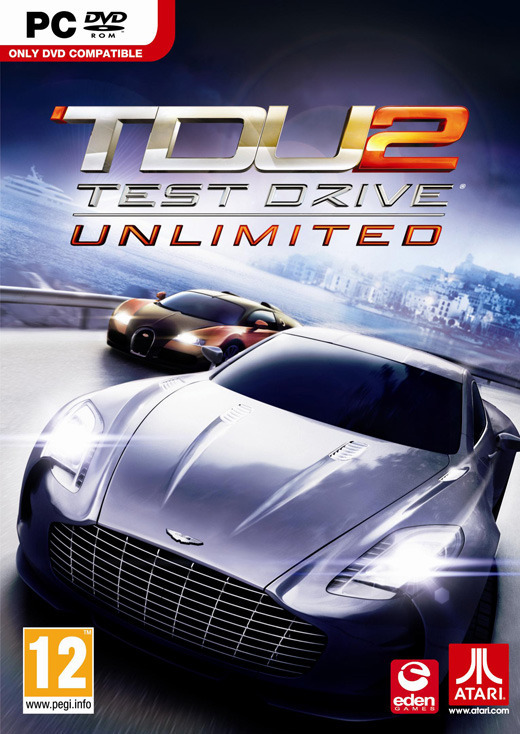 I bought this game at the urging of a work colleague who has the original on XBox-360, so he was able to give me a fair idea of what to expect – not a hard-core racing simulation game, but much more emphasising the ‘free-ride’ ideal of driving wherever you like, in whatever you like. This sequel is all of that and so much more, with a whole new island to start on, many more cars, and the inclusion of a dedicated Offroad class to really get out and about in style. The graphics are amazing, though to keep driving performance up the rear-view mirror when in-car camera is used doesn't render very far away, or in high detail – not good for seeing anyone coming up fast behind you – but then you should be going fast enough yourself that it doesn't matter! Speeding and dangerous driving is more or less encouraged in-game, with bonus money awarded for pulling off slides, close overtakes/near misses, and jumps – though if you hit anything, you lose the entire bonus, so you still have to be good. At this point I will have to say something about the jumping aspect – like most arcade-style driving games, it does seem to exaggerate the amount of air you get, and the car flies in a alarmingly back-heavy manner – even when there is a 6.3L AMG V8 up the front to drag the nose down. Worth mentioning at this point too though is that even if you crash, while damage will appear to an extent on the model of your car in external camera mode, it will not have any impact on the performance, and there will be nothing to repair – next time you pop into a shop for some new clothes or you get your hair done, someone will have been along to clean, buff out, and polish your ride. Or you can use one of the predictably cheesy car-wash places in-game, where your car will be sprayed by babes in short-shorts in the style of an MTV music video. Not sure if female character have some hunks to do the waxing – I haven't started an alternate character just yet.

The car performance seems to be pretty well simulated, though in the rain I'm sure the rear-wheeled power cars spin out a great deal more than they would in real life, especially with the driving aids turned to Hard Core (the other options being Sport and All On – winning races is definitely easier with it kept on the latter). The storyline is fairly simple and a tad puerile, but this isn't an RPG, so that's fine. I only wish you could skip more of the cut-scenes and the short commentary snippet before you start a race – the first couple of times it feels like it adds something, but once you've heard the same audio 10 times (there are only perhaps 4/5 variations for each race type to randomly select from) you really wish you could shut it up. On the theme of sound, the soundtrack in terms of music is also rather monotonous after the first while, but then I find the same problem with radio stations in real life – much better to play your own music in the background. Or better yet, just enjoy the engine noises, reproduced (I assume) from the real models – they certainly sound convincing enough to me. The AI in racing is fairly elementary, but good enough to give the average player a run for their money. If you race well and don't mess up, you should easily open out a big lead – only if you mess up will they be all over you. This means that the races feel more like a test against yourself than anything else – rather than fending off opponents it becomes more about concentrating on getting the best line and maximising the win margin. It will depend on your personality as to whether you prefer this or not – it suits me just fine, personally. However you can always make it more of a challange by buying a car for the race class that is less than the top model, and not upgrading it, and still try to win against the superior models of your opponents.

For more of a challenge you are able to compete socially against other players – if you encounter them on the road while roaming about, a quick flash of the headlights is all it takes to initiate a challenge. Unfortunately, the roads seem very empty from what I've observed, so your best bet is at the challenge centre where you can tailor your own challenges, or compete in those set up by others. I haven't taken too much part in this yet, as I've been concentrating on discovering all the islands, and collecting cars and houses – so there is definitely enough to keep you interested without even being online. Fun pursuits like trying to discover 100% of the road network, finding car wrecks (that if you find enough of, bits of which are used to cobble together a bonus ride; so far I've been given a Lancia Stratos and a V8 dune Buggy), or taking photos of particularly impressive locales around the islands (cash prize for each one; cash bonus for them all). Far from being purely frivolous, these discovery sidelines are important, as the level of discovery you have achieved for an area defines what upgrades are available for your car, and while not perhaps necessary for winning the races, as detailed above, you'll want to have your ride the best it can be, surely. Perhaps treat it to a new paint job and festoon it with decals as well, to personalise it.

Perhaps the biggest drawback I've noticed so far is the NPC AI of the average cars just roaming the streets. You may not be in the zone for racing, but you'll still have to be careful, as they will pull out of side roads or change lanes without looking – so those familiar with driving in Auckland will be right at home. Meanwhile the police in the game are at least as stupid, paying no heed whatsoever to how fast you go, so long as you don't hit anything. A flashing dot appears on your GPS to warn you of their presence, but you shouldn't be worried – supposedly if you're bad enough while they're around you'll triger a chase, but I've not yet managed to achieve that. Running a red light is a minor infringement – on par with crashing into random cars or road signs in front of an officer. Crashing directly into cops increments the ‘Traffic Violation’ bar half-way, so that is perhaps the only way to max it out. They may as well not be there at all.

All in all, a fantastic game that I have been enjoying immensely since I bought it. I purchased it in conjunction with a PC-compatible XBox-style controller, and I'd encourage that as being the best way to play. While it has its limitations, it never set out to be a hard core racing sim, and delivers well on being more of a feel-good and have-fun experience.

This game showed a lot of promise, but in contrast to the title “Test Drive”, you do in fact have to buy and complete challenges for cars, which was a bit disappointing. Nevertheless, it was reasonably enjoyable, if you can overlook the shocking voice acting and plot. A somewhat sparse collection of classic cars though unfortunately.

TDU2 is a great game with an above average story line the game has good and bad sides for example the licences really let the game down but the real races make it worth it.

Test Drive Unlimited 2 transforms the driving genre, adding the persistency, progression and customization of the latest multiplayer games to the auto racing experience. Test Drive Unlimited 2 blends single player and multiplayer experiences seamlessly, creating a dynamic world of evolving content and challenges. Players define their online persona through unparalleled customization of their avatars and vehicles, and the acquisition of property, clothing and other accoutrements of a luxurious international lifestyle. All-new race types, vehicle classes, environmental challenges, locations and much more push this epic franchise to new levels of performance.