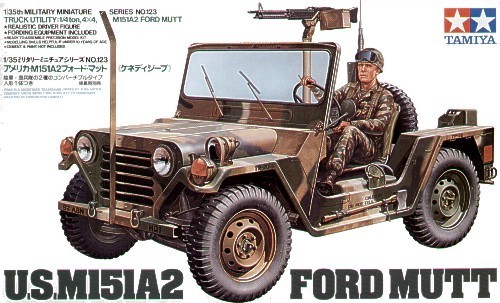 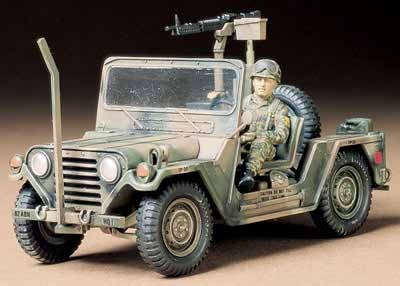 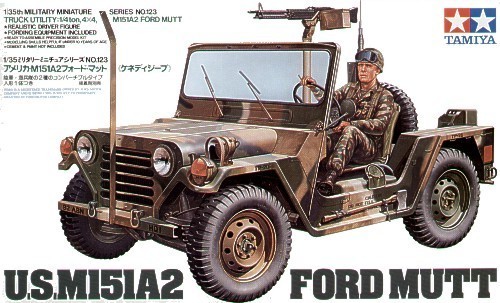 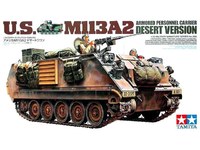 The Ford M151 MUTT was the successor to the Korean War M38 and M38A1 jeep Light Utility Vehicles. Commonly referred to as a “jeep” or “quarter-ton”, it was produced from 1959 through 1982 and served in the Vietnam War.

The U.S. Armoured vehicle test course is located in Aberdeen, Maryland, and is one of the most rigorous and demanding coursed in the world. Early in April 1957, a familiar looking small vehicle was seen to be running over the course with comparitive ease, and upon closer inspection it turned out to be the replacement for the well known Willy's “Jeep”, the new Ford M151.

Outwardly this new vehicle looks very much like its older brother. Both are small, compact, rugged, simple to operate and maintain; however, the 151 incorporates all of the latest advanced features learned during combat operations in conflicts since world war II. Features such as the newly developed OHV engine, light semimonocoque body and 4 wheel independent suspension systems allowed it to outpoint all other submitted replacement vehicles for the ageing WWII Jeep. Development for this replacement vehicle was started by the Ford Motor Company were licensed to produce the vehicle and they delivered approximately 10,000 units a year to the U.S. Army, Navy Air Force and Marines.

Shortly after its adoption it was selected by most of the nations of the free world as a replacement for their own light utility vehicles. Some of the advanced features incorporated into the M151 caused problems and defects were detected in the initial shipments, among the most serious was the strength and stability of the rear suspension system which was corrected and improved in 1964 and 1970. The M151A2 now in service has added safety features like stiffer rear suspension, large blinder lamps and a two step windshield wiper, safety glass and an impact absorbing steering wheel.

With its extreme versatitliy the basic M151 can be altered into a combat ambulance; radio communications vehicle; 105mm recoilless rifle transport and a launcher for the new tow missile system adopted in the late 70's. Combat experience in VietNam has shown that the Ford M151 Military Utility Tactical Truck (MUTT) is indeed a very versatile go anywhere combat weapon and is likely to remain in service for years to come with military forces worldwide.