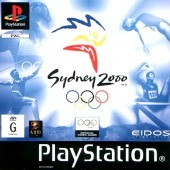 Due to COVID-19, we're unable to accept orders for non-essentials items at this time. Learn more...
At the dawn if the new millennium, the best athletes from all over the world will gather in the idyllic sunshine climate of Sydney. The cultural capital of Australia will play host for the greatest competition of all: The 2000 Olympic Games. Now you can represent your favorite country in these game. Go for the gold.