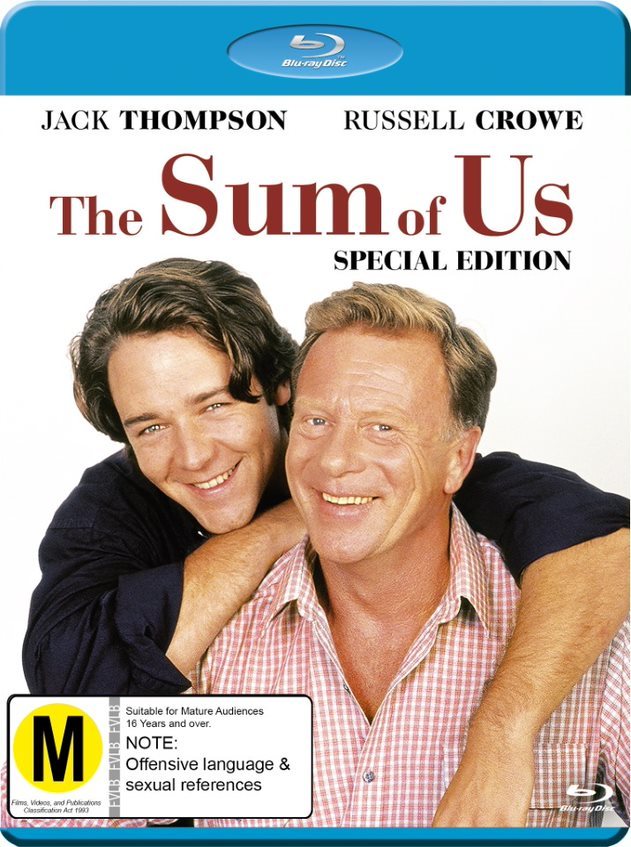 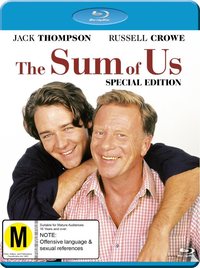 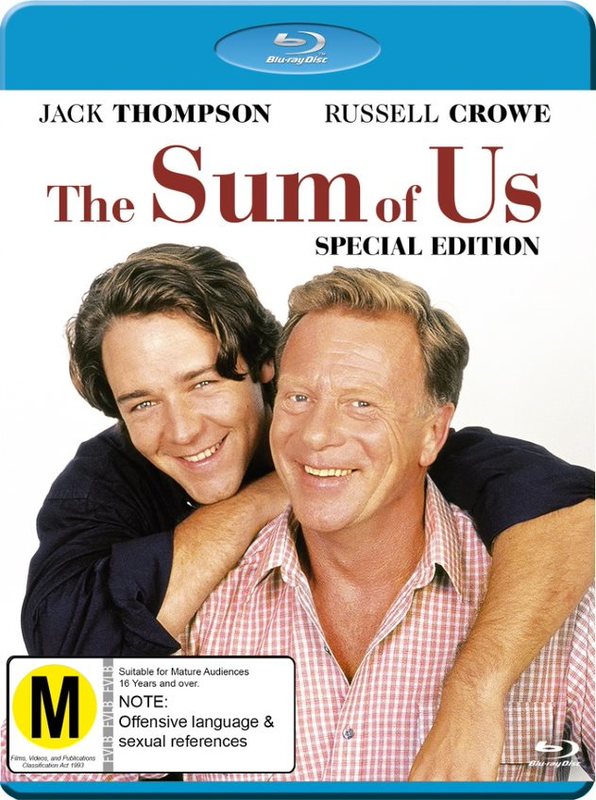 Not your typical father and son story.

Macho widower Harry (Jack Thompson, Breaker Morant) and his gay son Jeff (Russell Crowe, Gladiator) share a home, a close bond and a desire to find long-term relationships. Their dry spells seem to be over when Harry meets attractive divorcee Joyce (Deborah Kennedy, Tim) and Jeff meets local lad Greg (John Polson, Mission: Impossible II). Unfortunately, the closeted Greg is uncomfortable with Harry's acceptance of Jeff. And Joyce, uncomfortable with Jeff's sexuality, puts a strain on the bond between father and son in the powerfully entertaining The Sum of Us.

Adapted for the screen by David Stevens (based on his play), The Sum of Us is directed by Geoff Burton (Sydney: A Story of a City) and Kevin Dowling (Mojave Moon). 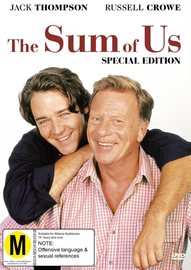