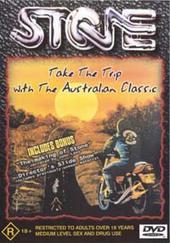 Although it's somewhat dated, due to the influence of the (recent) hippy revolution with it's free love, drug use and rebellion philosophies, and the sometimes psychedelic sound track, this is still the best ‘hard core’ motorcycle movie of all time. I saw the original only once on the big screen (sadly) but viewed it again a couple of times after it was released on video. Despite the latent hippy flavor the movie still surprised me when I saw it again in about 2002.

I was 17 and living in Sydney when it was released and can report that it totally ‘grabbed’ motorcyclists with it's gritty authenticity. It seemed to captured the spirit of the die hard motorcyclists at that time, and honored the true nature of motorcycle riding ‘down-under’ which was so different to the bike scenes in the UK and the USA at that time.

Director Sandy Harbutt's passion and directorial expertise are evident in the element of technical maturity that runs through the whole film, holding it all together and which has enabled the movie to stand the test of time. It can still hold it's head up as an honest and entertaining motorcycle movie.

My only real gripe is the sad fact that some 28 minutes were cut from the original movie when it was first released to the buying public. I recall that there was a good 10–15 minutes of hard riding through the twisty suburban roads around Sydney when Zonk (?) picked up Stone on the first morning. The riding was edgy and the action photography brilliant! In my opinion, this scene has never been equaled in any other motorcycle movie. A truly great loss.