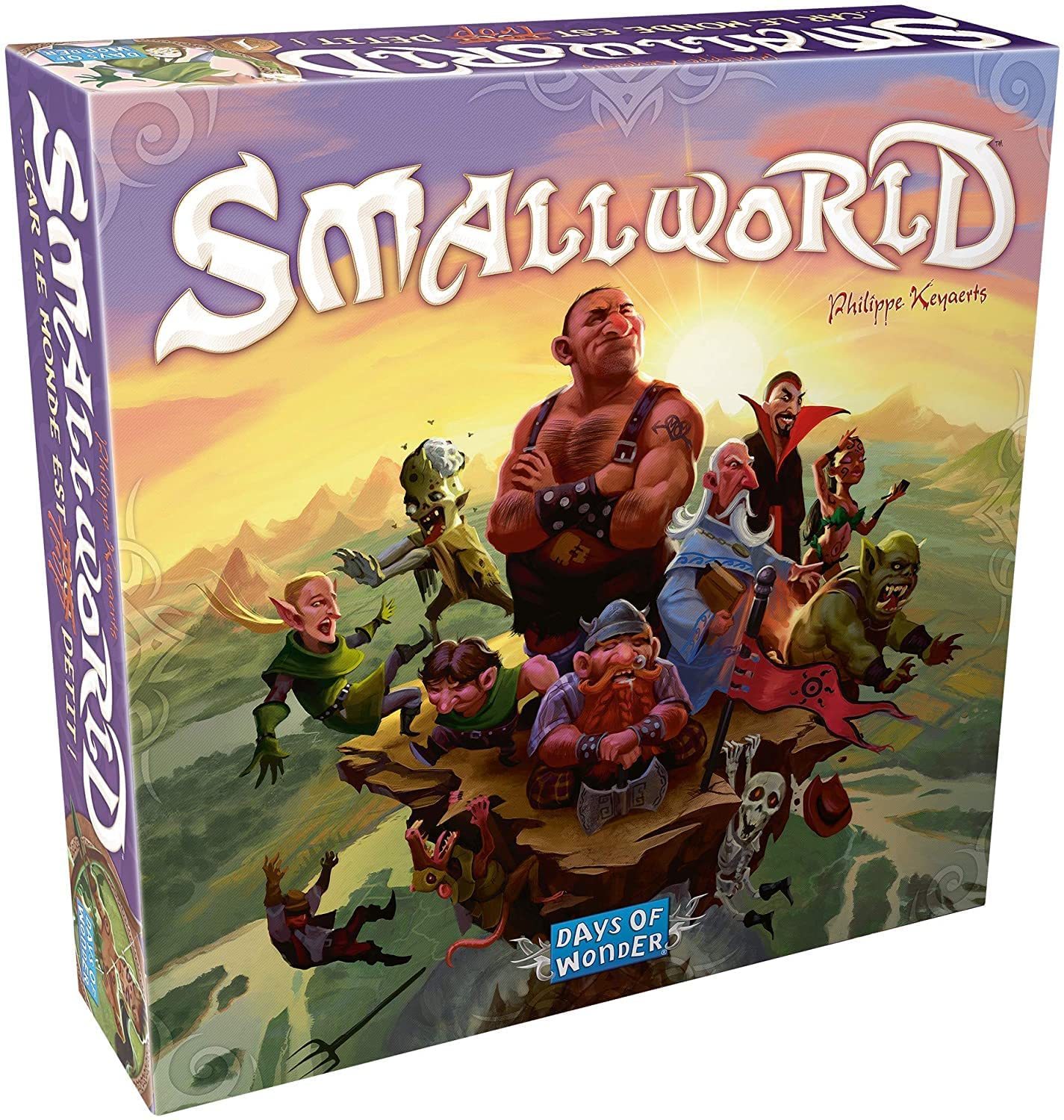 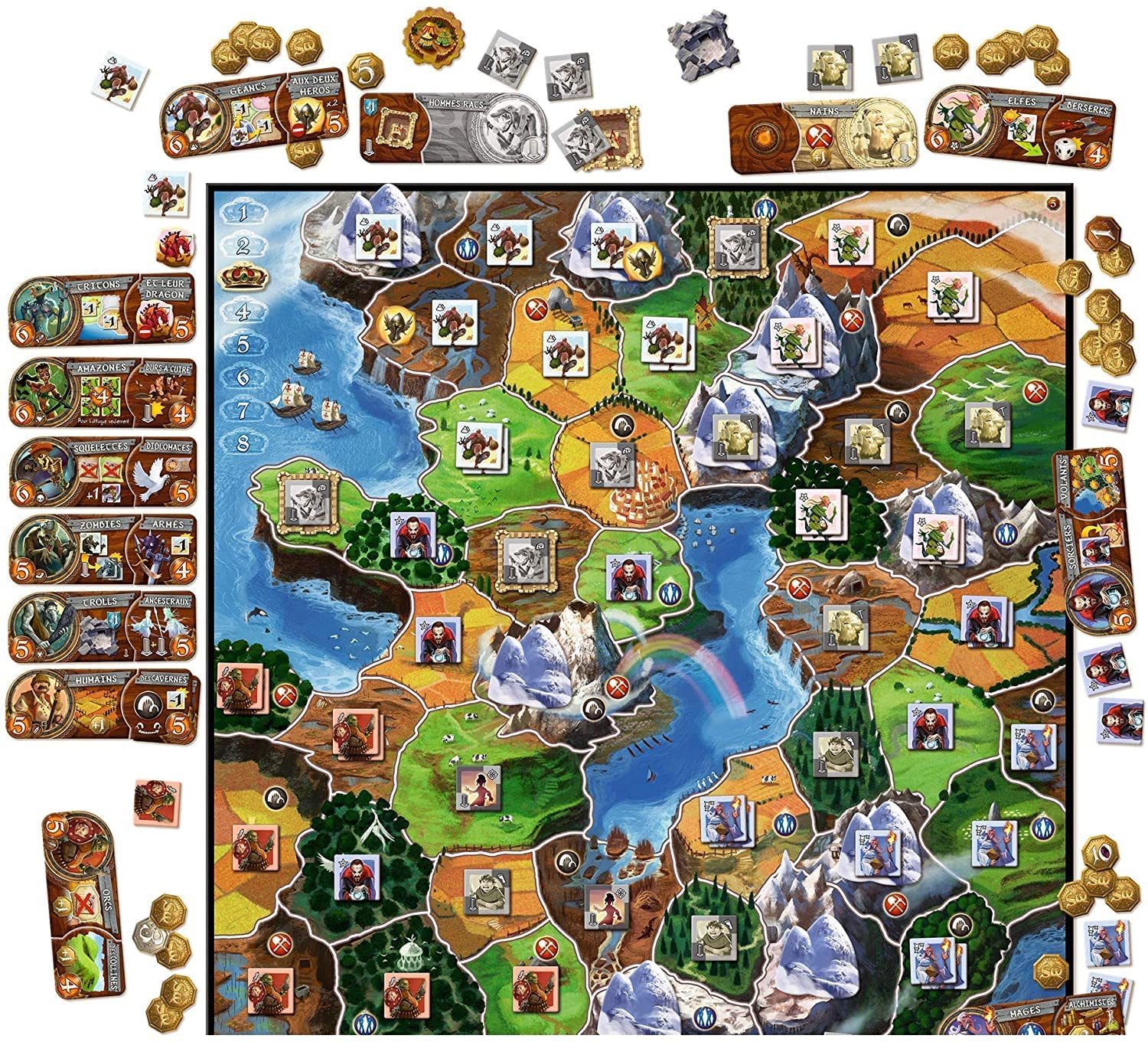 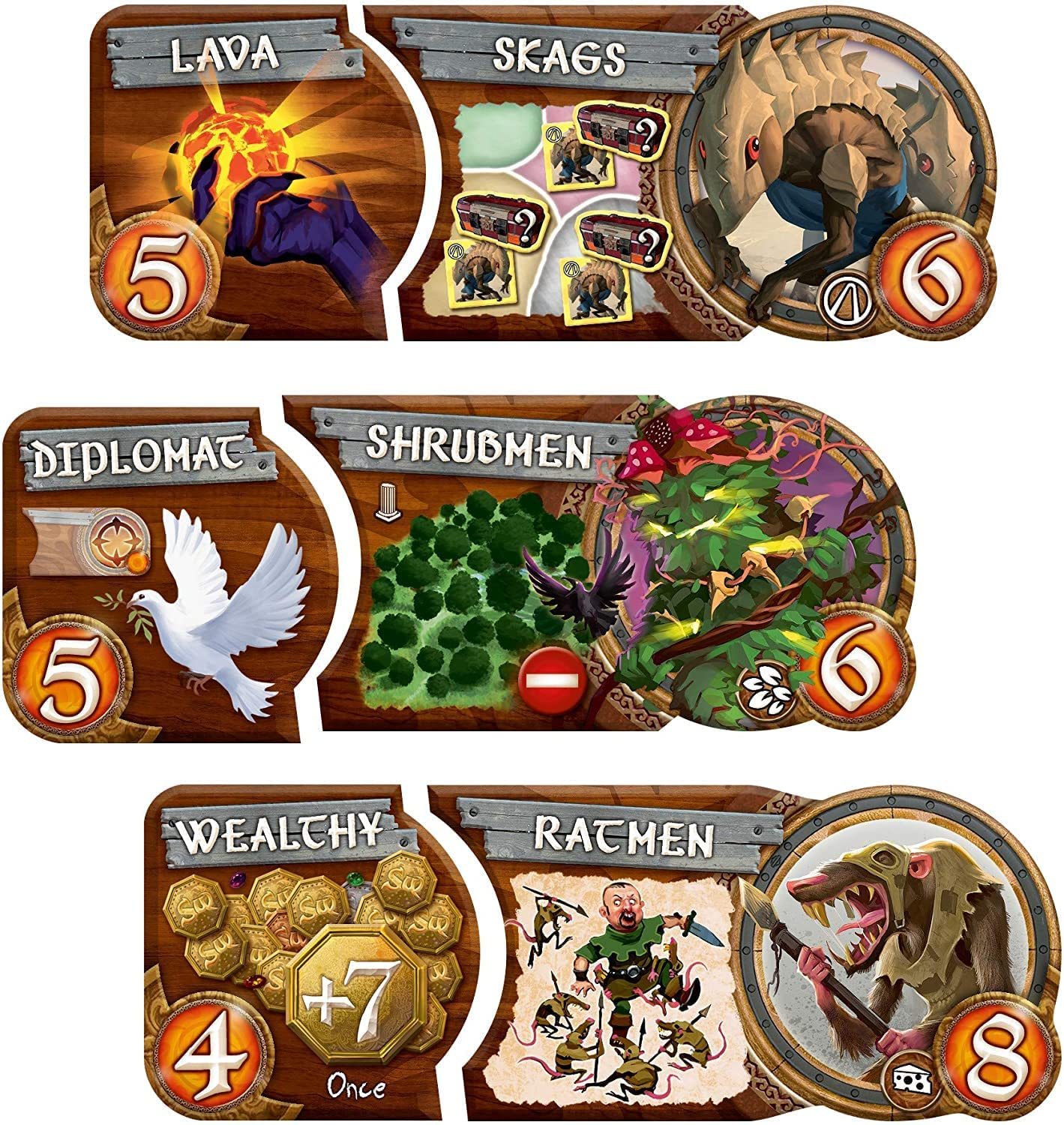 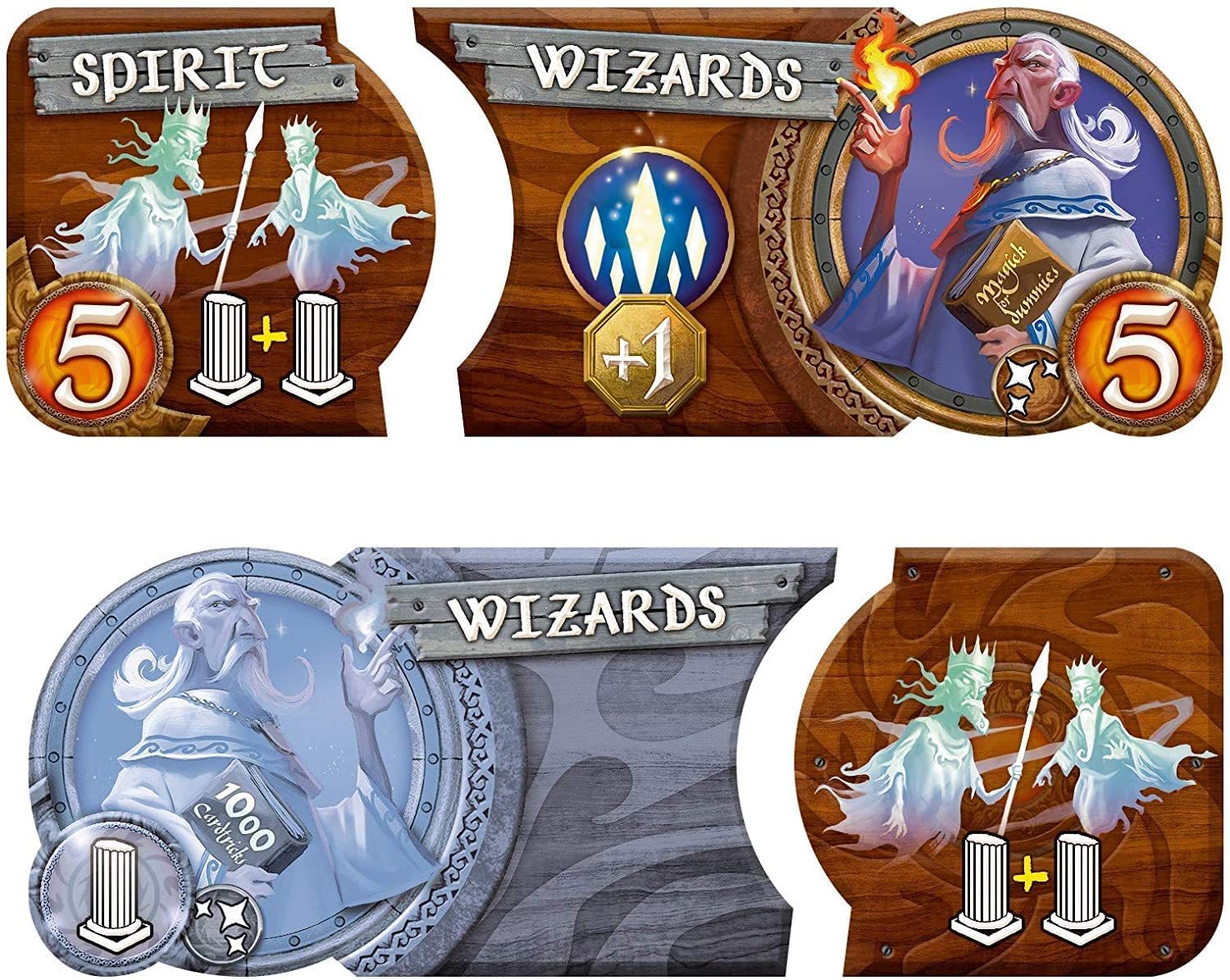 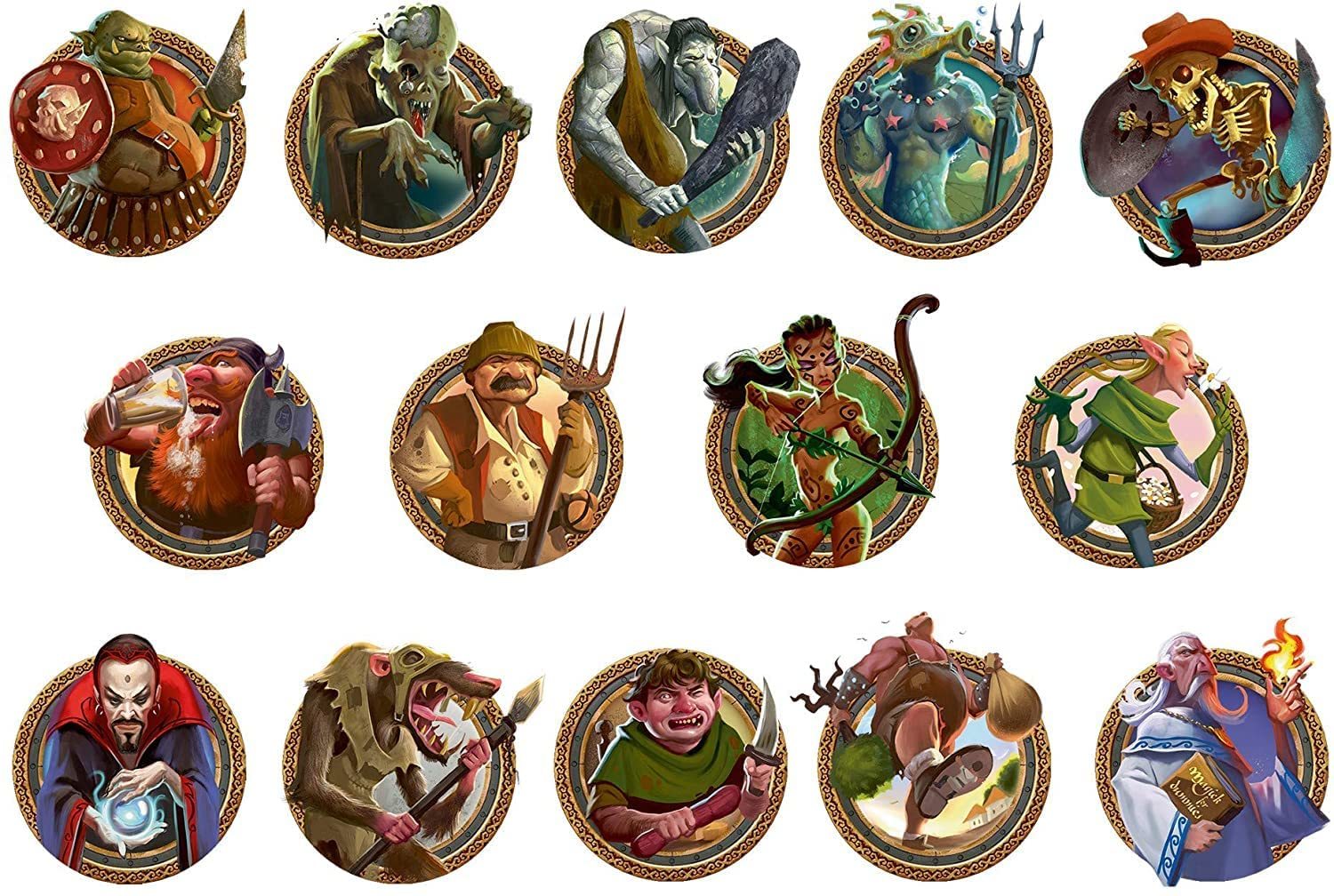 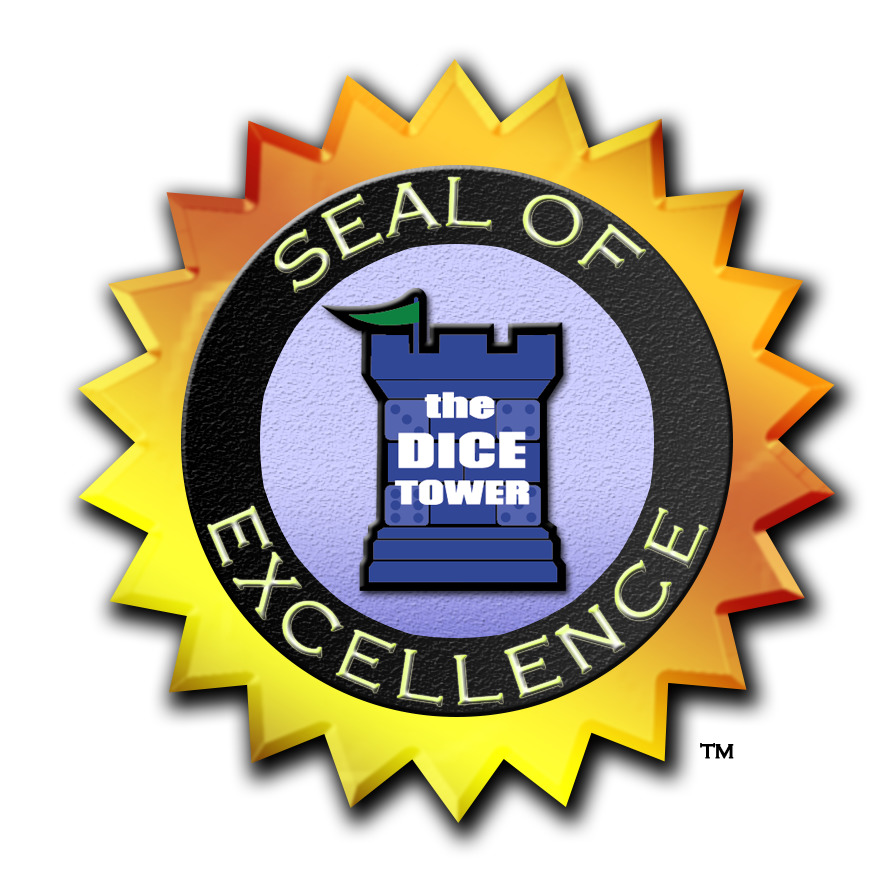 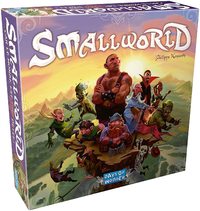 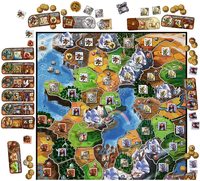 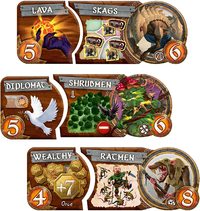 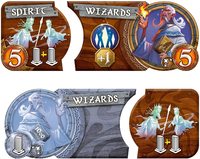 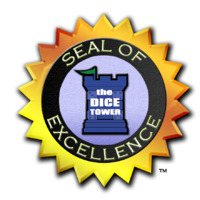 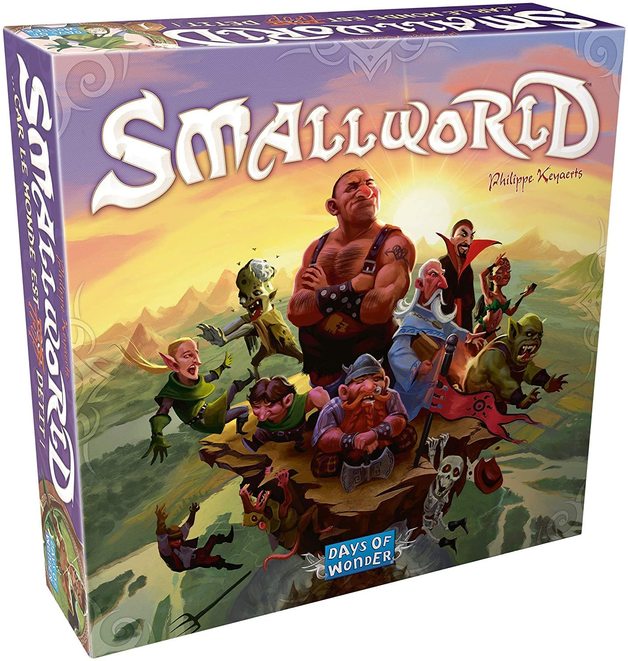 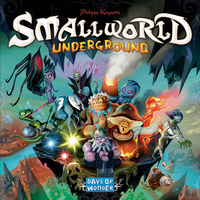 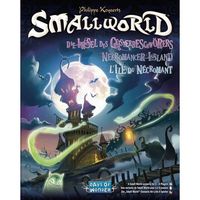 $19.00
Small World: Necromancer Island (Expansion)
3-6 players
In stock - get it tomorrow before 6pm with Jungle Express 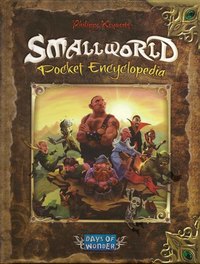 Clearance Deal
$18.00
The Small World Pocket Encyclopedia
In stock - get it tomorrow before 6pm with Jungle Express

First of all, the quality, the design well deserve a 5 star rating. The only thing which steal the last star for me is that if you run a 5 player match the ammount of races is not enough. ( 1 active + 1 declined race leaves 4 new races to select from as the game has 14 races in the box ). This can have a severe impact on the gameplay during lategame/endgame with 5 players. This can be solved by getting one of the expansions released to date.

The gameplay is fun, the races are well developed and keeps you thinking after you selected one to stand with, wheter the other one would have been better – The built-in autovary keep the game challenging and fun for replays as well. The fun increases exponentially with the number of the players. Can be fun for two, but the real flavours surface only with more lords pushing their races against the others.

Money well spent on this one. ( If you plan for 5 players, grab one of the expansions as well ).

The latest and greatest offering from Days of Wonder Inc. Comes Small World, an award winning strategy boardgame that is complex, competitive and fun!

Set in a world too small to be shared, Small World populated by fantasy races such as Elves, Skeletons and Amazons, players compete for territory with their chosen race, gaining points through regions held as well as special abilities. This is accomplished through strategy rather than dice rolls, where victory is achieved through planning and diplomacy, rather than luck.

The game art is stylised and attractive, with a visually bright game board and distinctive artistic styles for each race. The replay value of the game is immense – each playthrough looks and feels like a totally new game!

Playable with 2–5 people, Small World will quickly become a favourite of those familiar with classics such as Risk or Settlers of Catan, but new boardgame players are by no means excluded from the fun. However, it has a fairly steep learning curve, and it takes a few games to gain a full understanding of the rules. The length of each game depends on the number of players, ranging from between 30 minutes (2 players) to up to 90 minutes (5 players).

Overall, Small World is an extremely well designed, strategically complex and visually attractive boardgame that is best played by those ages 13+.

I like finding games that I can play with my partner and also play when we have friends around. There are different boards to use for 2, 3, 4, or 5 players. What's also nice is that the races + the special abilities are in two seperate stacks so there's a large amount of variability between games. We've played it several times and really enjoyed it.

In Small World, players vie for conquest and control of a world that is simply too small to accommodate them all.

Designed by Philippe Keyaerts as a fantasy follow-up to his award-winning Vinci™, Small World is inhabited by a zany cast of characters such as dwarves, wizards, amazons, giants, orcs and even humans; who use their troops to occupy territory and conquer adjacent lands in order to push the other races off the face of the earth.

Picking the right combination from the 14 different fantasy races and 20 unique special powers, players rush to expand their empires – often at the expense of weaker neighbours. Yet they must also know when to push their own over-extended civilization into decline and ride a new one to victory! 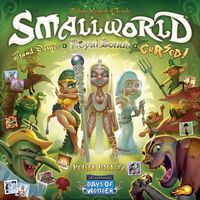 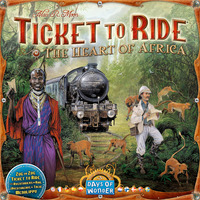 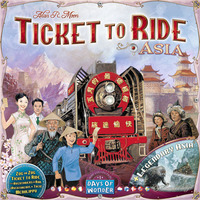 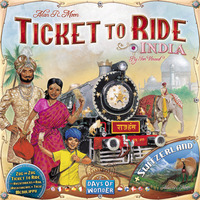 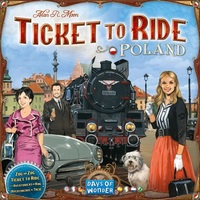 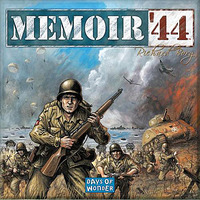