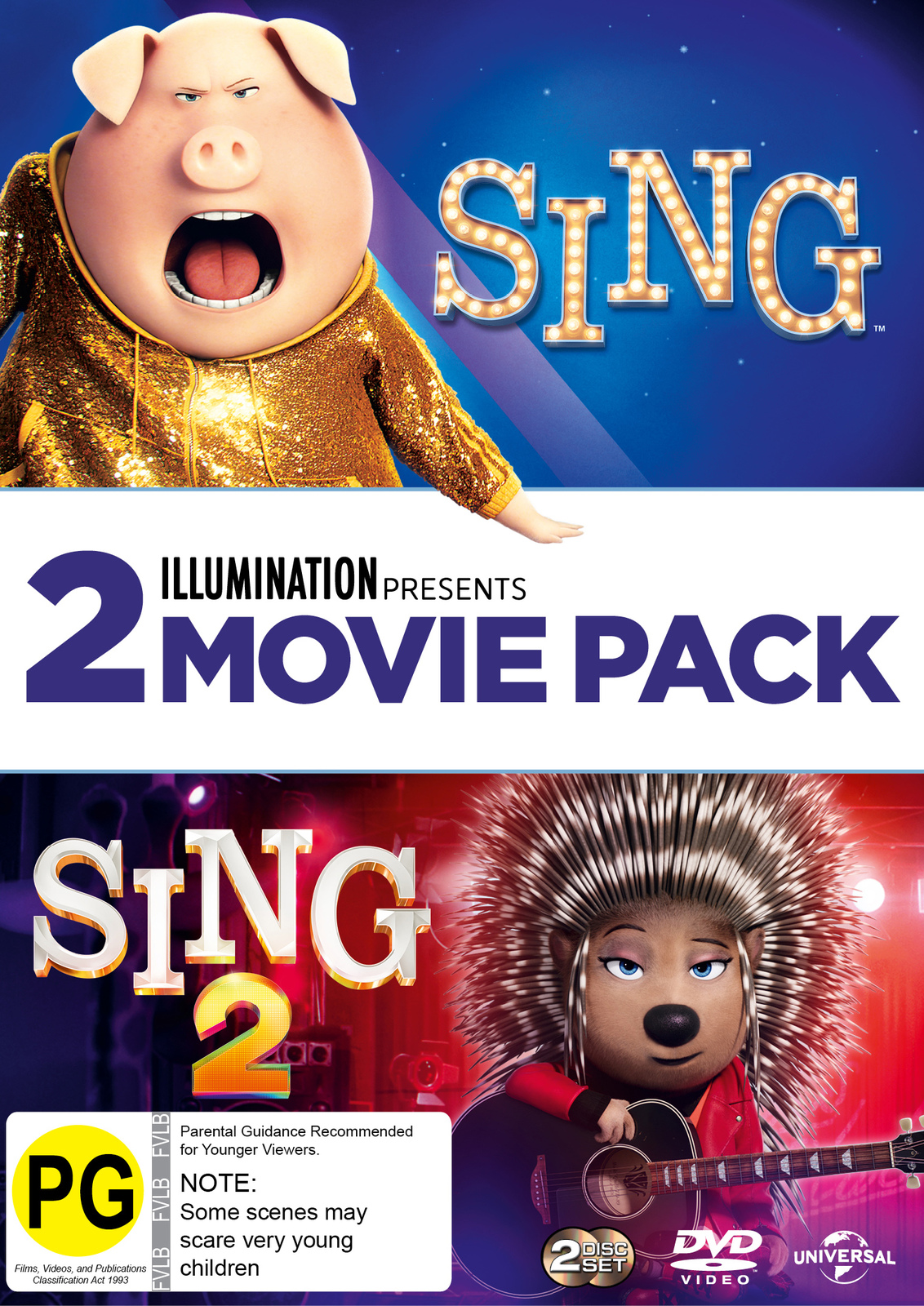 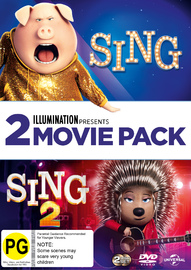 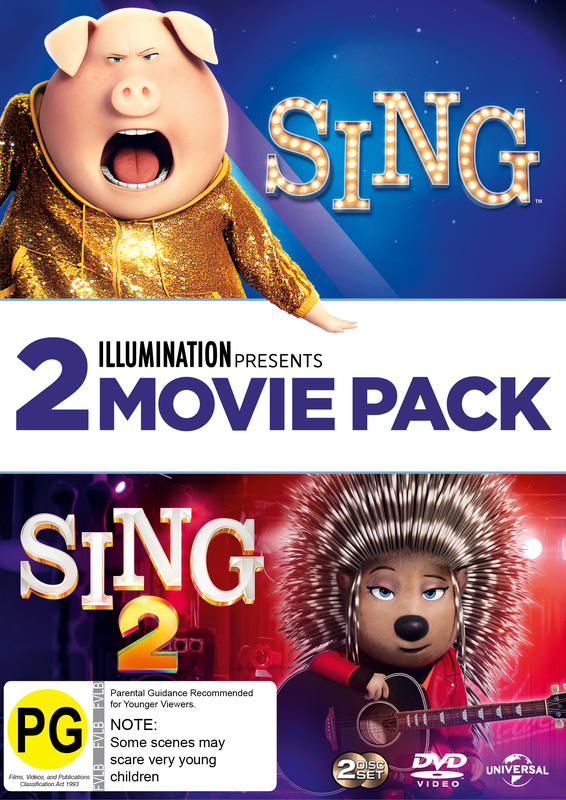 SING (2016) – Buster Moon is a dapper Koala who presides over a once-grand theater that has fallen on hard times. He is an eternal optimist okay, maybe a bit of a scoundrel, who loves his theater above all and will do anything to preserve it. Now facing the crumbling of his life's ambition, he has one final chance to restore his fading jewel to its former glory by producing the world's greatest singing competition. Five lead contestants emerge: a mouse who croons as smoothly as he cons, a timid teenage elephant with an enormous case of stage fright, an overtaxed mother run ragged tending a litter of 25 piglets, a young gangster gorilla looking to break free of his family's felonies, and a punk-rock porcupine struggling to shed her arrogant boyfriend and go solo. Each animal arrives under Buster's marquee believing that this is their shot to change the course of their life.

SING 2 (2021) – Buster and his new cast now have their sights set on debuting a new show at the Crystal Tower Theater in glamorous Redshore City. But with no connections, he and his singers must sneak into the Crystal Entertainment offices, run by the ruthless wolf mogul Jimmy Crystal, where the gang pitches the ridiculous idea of casting the lion rock legend Clay Calloway in their show. Buster must embark on a quest to find the now-isolated Clay and persuade him to return to the stage.