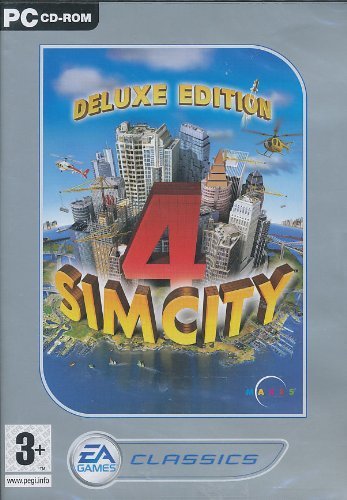 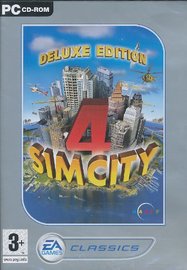 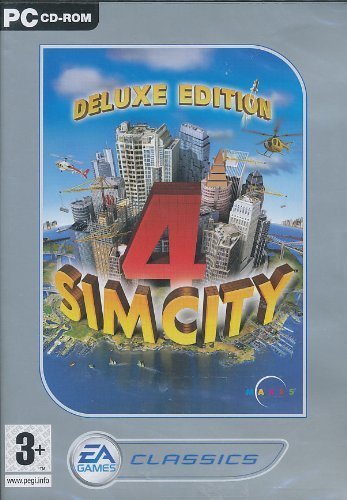 When I found this game on Mighty Ape I thought this might be a lot of fun, and it has been. It is a slightly older game so the graphics are old but still quite good. It has a lot to offer with the expansion pack and overall this game is just a classic. For $50 you get lots for your money.

I have always enjoyed the Sim City games, I played Sim City 2 & 3 to death so I was very excited when SC4 came out. Sim City 4 has so many new features & coming with the Bonus Pack makes this an excellent buy. I especially enjoyed the new road building options. Being able to build neighbourhoods alongside each other is very cool as is the many, many extra features that are included on the bonus disk. Buy it today but just don't start it on a work/school night – this game will have you playing for hours on end!

Create the most massive region of cities ever, with a farming town, bedroom community, high-tech commercial center, and industrial backbone. Take complete control of your city’s transpor­tation system and solve U-Drive-It missions from fighting crime to tackling disasters. Watch your population skyrocket as you get your Sims on the go. Create the ultimate living, breathing megalopolis – the most expansive compilation ever.

Sim City 4
SimCity 4 will allow players to actually touch their handiwork and feel the pulse of their creation. Whether a metropolis is booming with expansion or decaying through neglect, SimCity 4's new simulation engine will give players immediate feedback so they can react to its every need. Individual buildings and their lots will now provide feedback to the player who lives there. Bigger, better and more relevant disasters are also available along with the ability to dispatch the Mayor, police or fire department to areas in the city where they are needed. Your every decision in this new SimCity has much more of an impact and gives you the ability to respond more effectively. Day and night, the movement in SimCity 4 is first-person, frenetic, palpable and unpredictable.

Sim City 4: Rush Hour
With the new SimCity 4 Rush Hour Expansion Pack* your city is on the move. Get your Sims on the road to happiness as you take total control of your city’s transpor­tation. Take charge of vehicles en route to destinations or disasters, and take to the streets to control your city at a new level. Put Sims on the move in zeppelins, helicopters, ferries, and new cars. Unlock more vehicle choices as you gain traction with your cities' transportation problems. Choose from all-new road types including wide avenues, suspension bridges, or one way streets.

Map out a seamless regional network that whisks Sims from one city to another. Add popular structures such as historic rail stations or classic Americana road marks. Go global and create your city based on a modern European building set. Make your final mark as mayor and personalize your cities by choosing street names, mountains, neighborhoods, and points of interest. In SimCity 4 Rush Hour, put your foot on the gas and get your Sims on the go!