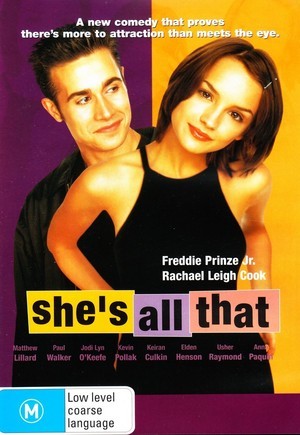 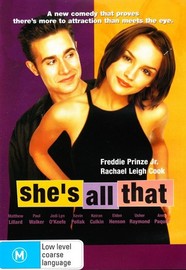 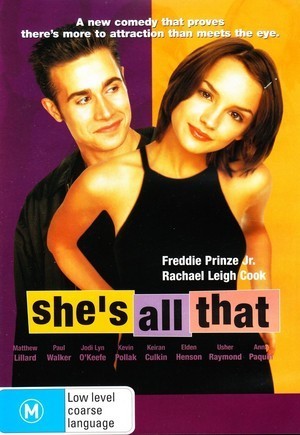 Due to COVID-19, we're unable to accept orders for non-essentials items at this time. Learn more...
When High School prom king and all round coolest guy in the neigbourhood Zack (Freddie Prinze Jnr.) is told by his girlfriend Taylor (Jodi Lyn O'Keefe) that she's leaving him for Brock Hudson, star of MTV's The Real World, he's naturally more than a little put out. After all it doesn't do for the class president and captain of the school soccer team to be seen with anything less than the prettiest girl in the school, especially with prom night coming up.

Being the sort of guy that he is, Zack bets his best friend Dean that he can take any girl and turn her into a potential prom queen. All it takes is the right hair and a bit of make up. Naturally Dean gets to pick the girl. Unhappily for Zack, Deans picks social misfit, angry at everybody, bespectacled, paint splattered Laney Boggs. Laney doesn't have time for trivalities, gossip or guys... least of all Zack
Re-released on
November 22nd, 2007
Movie Format
DVD Region
Edition
Aspect Ratio
Language
English
Length (Minutes)
92
Stars
Studio
Roadshow
Supported Audio
Genre
Original Release Year
1999
Box Dimensions (mm)
135x190x14
UPC
9397910669993
Product ID
1461932