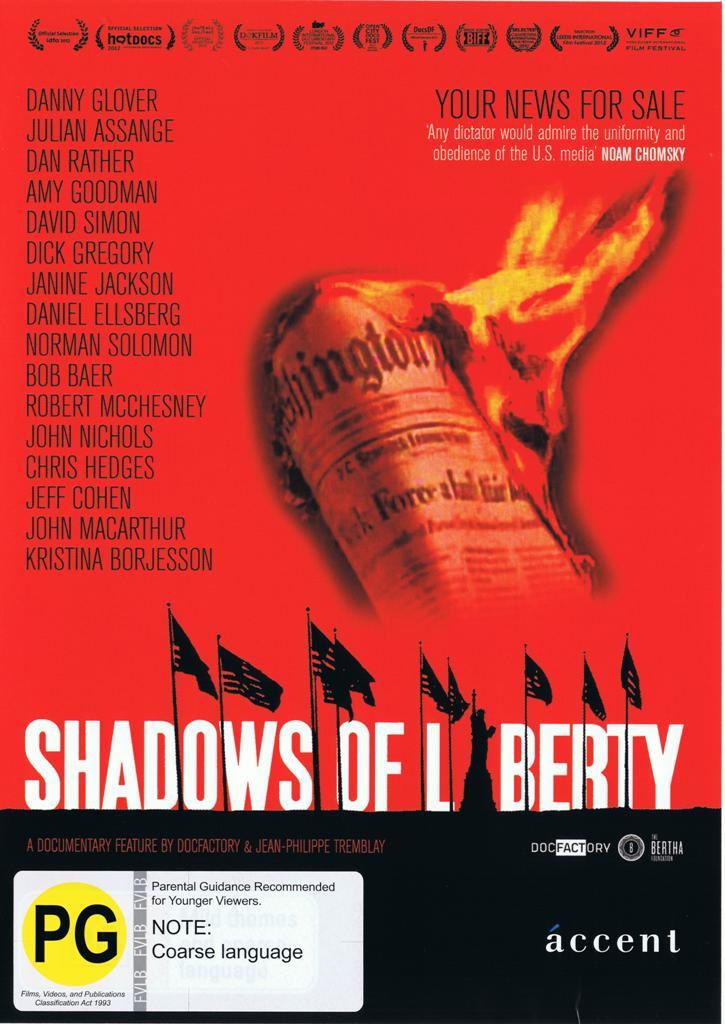 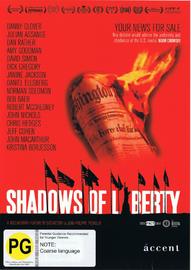 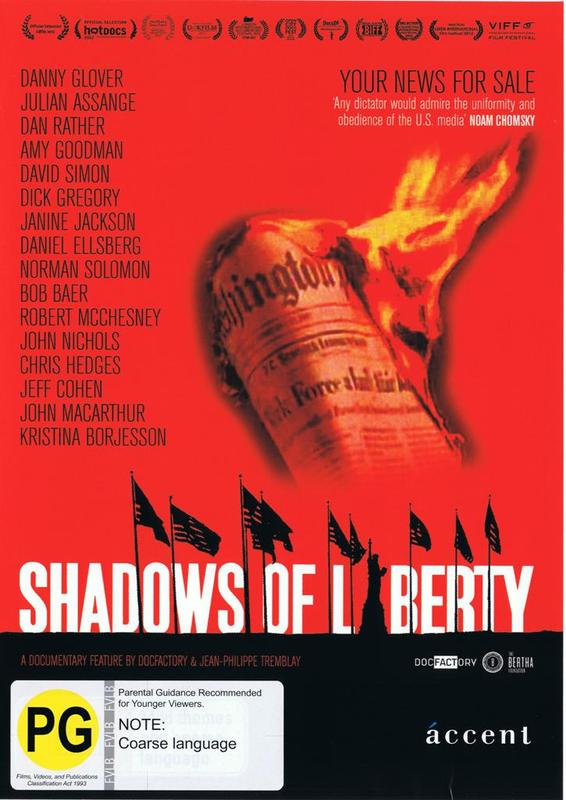 Shadows of Liberty is a 2012 British documentary film examining the erosion of objective news reporting through conglomerate economic interests and government agendas.

What happened to the mainstream media? Shadows of Liberty surveys the scorched earth of media ownership and how the far reaching influence of media conglomerates has been exercised to extraordinary political, social and economic lengths.

Juxtaposing the public battle for truth and democracy with new media monopolisation in corporate America this authoritative documentary both exposes and examines a broken system through revealing interviews, archive materials and explosive insider information. As freedom of information is increasingly diminished by the interests of big business and its escalating profit margins the consequences are dramatic and for new media like the internet the threat is sooner than later.

"Director Jean-Philippe Tremblay explores the troubled idea of freedom in press with his documentary, Shadows of Liberty. It used to be the job of the press to expose the public to what was wrong with the world, to make sure that we were given all the information which would allow us to formulate opinions. As huge corporations took over various news outlets, with help from the government, the news presented to us became biased. Through interviews and insider accounts, Shadows of Liberty presents a dark picture where important news stories are buried because they will hurt profits, journalists who challenge the system are fired, and news agencies have stopped searching for the truth.

The facts presented in Shadows of Liberty aren’t exactly surprising, but they’re still shocking. From the way the American government has loosened restrictions on the way corporations can own news agencies, to the disturbing way in which large businesses can have a controversial story removed from the news by offering valuable partnerships, this film is sure to leave some people shaking with rage.

The greatest example in the film is a story about Nike . Conditions in their factory in Vietnam were shocking. Workers were paid almost nothing, working excessive amounts of overtime, while some were even physically abused on the job. CBS worked on a story exposing the horrible conditions to great acclaim. A follow-up story was ready to begin when Nike stepped in. As CBS was preparing for their Olympic coverage, Nike struck a deal with the company. The Nike story was cancelled and journalists covering the Olympics became walking billboards for Nike products.

Things only get worse from there. Five corporations own almost all of the media outlets in the country, leaving very little room for journalists to explore the truth. Where the press once pushed an issue to find the truth, they’re now accepting everything at face value. If the government says this is what happened, it must be true. This idea is explored through the search for Saddam Hussein and his weapons of mass destruction. Even if proven wrong, the media rarely reports on their errors, allowing the truth to go unheard.

Learning that money makes the world go round isn’t a revelation, but the way that these vast corporations literally control what the public knows about something, is. There are moments where the film begins to feel a bit like a conspiracy theory, though maybe that’s because we’re used to hearing what they think we should, so the truth seems unbelievable. Is Shadows of Liberty Opening Weekend Worthy? Not only would I suggest seeing it opening night, but I would recommend seeing the film a second time as well." The Film Reel