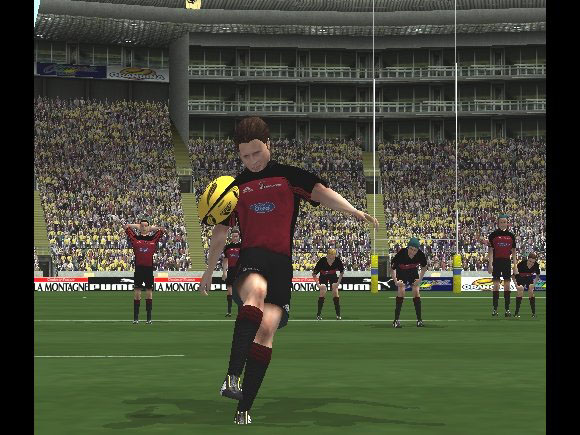 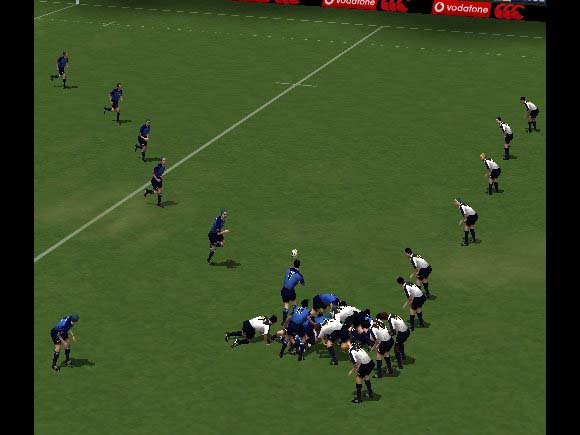 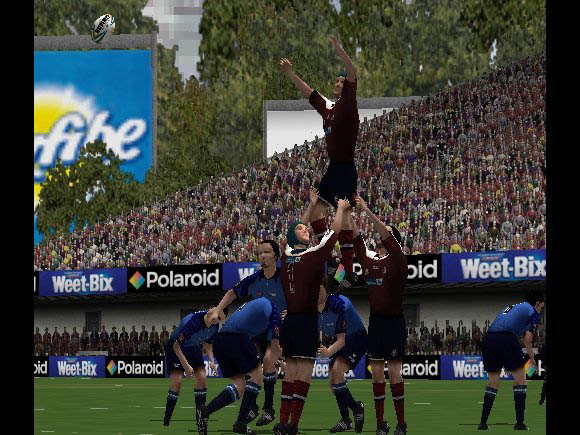 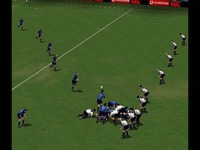 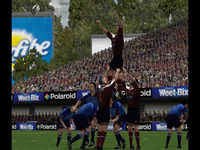 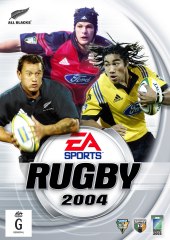 Good game but it needs be better they need to up date the players.

I love Jonah Lomu Rugby, it was by far and above the best rugby game made. I cannot beleive EA, who normally produce great sports games, managed to produce this.

As far as the technical side, 10 years on since Jonah Lomu Rugby was released, the technicality has been diminished. When in the rucks and mauls, playing Jonah, the user could simply add more players to a ruck, or remove them. This was great, simple, yet realistic. In Rugby 2004, you have no choice, it's all chance.

If a player steps out too early after a ruck, even if he doesn't get near the ball, the ref blows his whistle. This ruins the whole continuation of the game. Whats worse, is this is done greatly in Jonah.

You cannot pass left and then try and pass right. The passes just get left in the field where it's near impossible to continue the free flow play.

The AI involved for working how difficult each team is, is simply how often they drop the ball, or their chances of winning a ruck. Terrible as there is no user control in this. Jonah had this down nicely.

Get Zinzan. From the makers of Jonah, only 10 years later.

Okay, the graphics improved a little. However, the game is begging for patch because for this game only: my Logitech Dual Action Controller doesn't work; my Thrustmaster Controller doesn't work (and of course doesn't vibrate); and if you want to play it on trainer mode, you can only use your keyboard. Of course that's not it. The darn game sound clogs up if you make a bunch of big plays to the try line. Oh, and the folks at EA games still do not appreciate the laws of the game correctly. After a kick for goal isn't made, it's a live ball if it's still on the field, unless of course you’re playing this game. I got ripped off because my dreams of a better rugby game were not fulfilled. Why can't EA allow you to pick the controls yourself like in their Hockey? Why can't EA hire one guy that plays rugby and knows the laws? EA must be to busy making promo videos showing the improved graphics to Wow the public into buying a BAD game.

EA SPORTS Rugby 2004 will once again be a rugby fan's dream. 20 international teams, as well as all the Super 12 and other domestic teams, will be featured including the mighty New Zealand All Blacks, the Australian Wallabies, the South African Springboks, England and France. Take your team to victory in the World Cup, Tri nations, Super 12 Series, Domestic, Master League and Friendly matches. A custom league set up facility will also allow players to structure their own tournaments.

All the current teams and many young up and coming star players will be included in the game, with gamers able to choose from squads of up to 30 players. Each player has detailed statistical information, including height weight, speed, tackling, stamina, kicking and many more.

More than 65 stadiums from all over the world will be faithfully modelled, including Twickenham, Murrayfield and Ellis Park in South Africa just to name a few. Using the powerful PlayStation 2 and high end PC's, incredibly realistic weather and pitch effects rain, wind and fog also add to the gaming experience.

The English version of the game will have John Inverdale and Gordon calling the play. This will be greatly improved from the previous version with newly recorded commentary.

The all-new control system will be intuitive, user friendly and in line with our bigger budget titles such as "Madden" and "FIFA". You will be rucking, mauling and kicking for touch like a champion in no time.

2nd generation and high-end PC graphics using superior models and textures will mean more "in your face" action than ever before seen in a sports game!